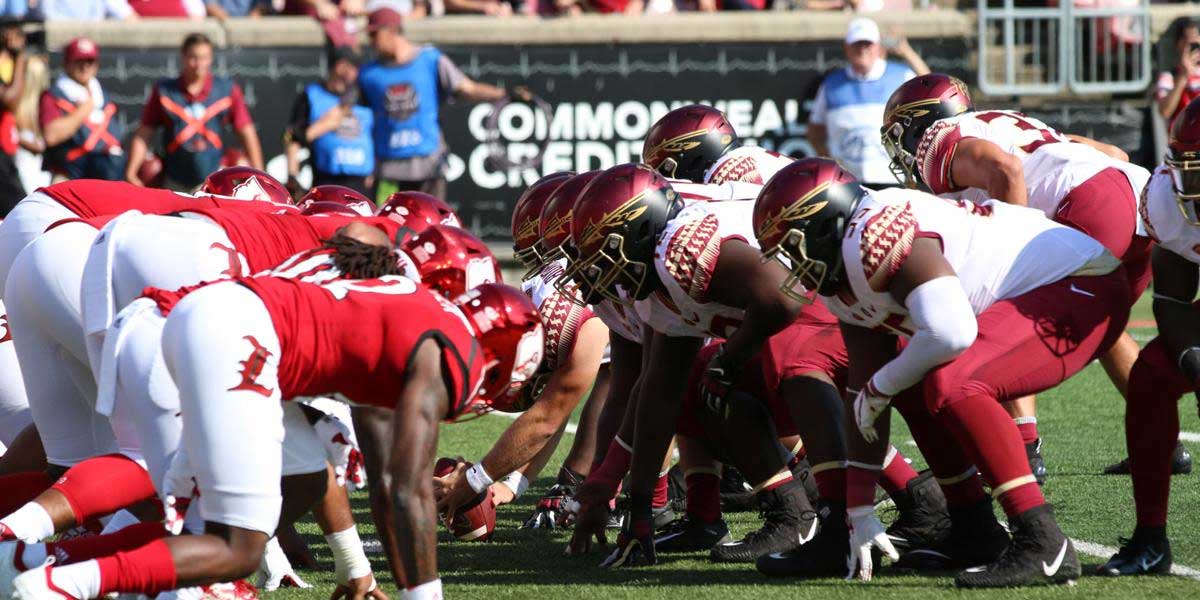 TALLAHASSEE, Fla. – It seems nowadays that Florida State football is becoming synonymous with losing, at least in the Willie Taggart era. Since taking over the team, Taggart has produced a 6-9 record with one of the wins coming against an FCS team, Samford (which they only won 36-26).

Frustrations are growing high with the head coach as Florida State prepares to take on ACC foe, Louisville.

Just Not Getting It Done

For the Noles, their shaky start to the season can be blamed on their defense. They have given up 36, 44, and 31 points in their first three games, respectively. That’s simply not a recipe for a winning football team.

More often than not, the Seminoles’ defense will give up scores early only for starting quarterback, James Blackman, and the serviceable Florida State offense to crawl their way back into a win.

If the first three weeks are any indicator, it looks as if the Seminoles will need high scoring games in order to remain competitive this year. It’s definitely doable, but certainly not ideal.

On offense, Florida State will look to rely on sophomores, James Blackman and Cam Akers. Given the fact that Louisville features a top pass defense unit this year, Akers will be expected to carry the workload this Saturday.

Blackman has thrown for 743 yards this year, including nine passing touchdowns and only two interceptions. Akers has been the perfect compliment back, adding 387 rushing yards through the first three games as well as four total touchdowns.

Louisville comes into the contest with a better record (2-1) and, arguably, a better team than the Seminoles. In the Cardinals case, it’s been the defense that has kept the program afloat early on in the season.

Linebacker, Rodjay Burns, leads the team currently in tackles (16) and sacks (2). He looks to be a featured weapon on Saturday to slow down the Noles offense, and more specifically, Cam Akers.

On offense, the Cardinals haven’t seemed all that together (excluding a 42-0 rout against a subpar Eastern Kentucky team). Starting quarterback, Jawon Pass, has only managed to throw for 330 yards in three games. With Pass in all likelihood not playing due to injury that leaves a major hole as far as production goes in the Cardinal offense. It would also properly explain The Louisville Cardinals’ opening line of +6.5 for their game against Florida State.

While Eastern Kentucky seems to be the odd bunch out in this game it also puts a little bit of perspective on the impact of Pass’ injury for the Cardinals.

The injury as well as home-field advantage, where Florida State is currently 8-3 SU in their last 11 games, will be a huge opportunity for the Seminoles to take advantage.

Unfortunately, with Pass out of the game, Louisville doesn’t have a viable starter to plug and play with a realistic shot at carrying the Cardinals to a win. No need to fret, though, as the Cardinals will likely cover the spread just as they’ve done in five of their last seven games against Florida State.

The spread aside, USAOnlineSportsbooks.com thinks the Seminoles should leave Doak Campbell Stadium with a record of 2-2 on the season.