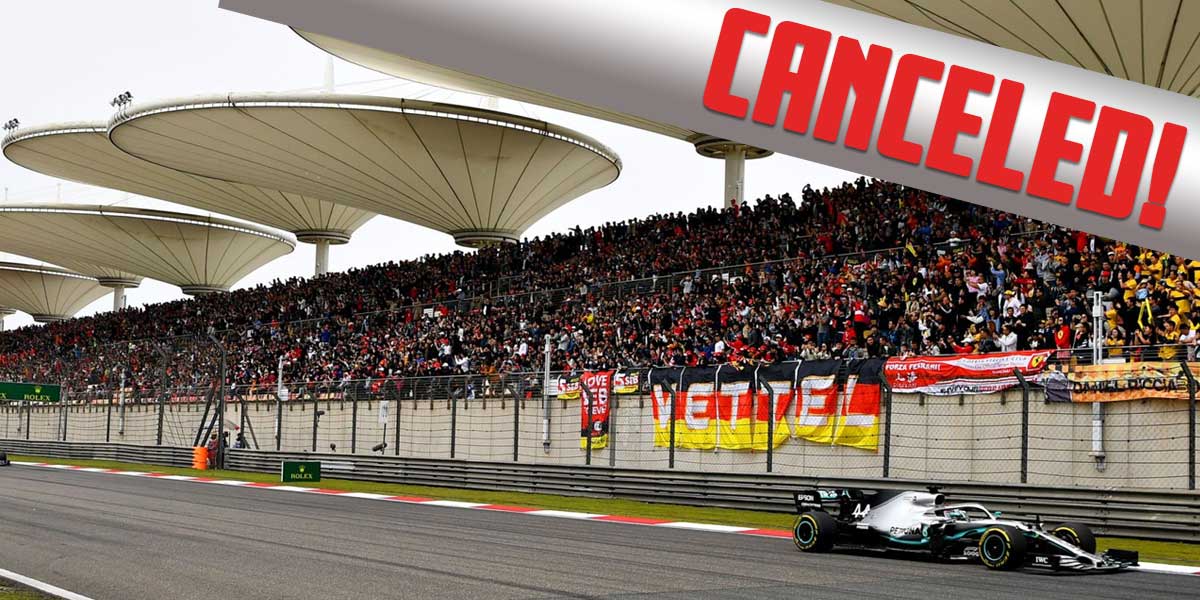 SHANGHAI, China – The outbreak of the deadly coronavirus has already disrupted much of the daily operations in China. The concerns came to fruition today when Formula 1 Racing announced that they would be postponing the annual Chinese Grand Prix due to rising concerns of coronavirus in the region.

The Grand Prix was scheduled to take place in Shanghai, China on April 17-19.

The World Health Organization declared the coronavirus as a global health emergency on January 31. The United States government has gone as far as advising citizens to not travel to China for any reason and that any citizens still in the country need to get out as soon as possible.

While Formula 1 has not given any indication of if or when they’ll reschedule the Chinese Grand Prix, it has not affected the championship picture of the motorsport league at all.

Although the season has not started yet USASportsbooks have Lewis Hamilton listed at -155 odds to win his fourth straight Formula 1 championship which would be his seventh career world title.

Trailing Hamilton is drivers Charles Leclerc with +350 odds, Max Verstappen and Valtteri Bottas both with +500 odds. Rounding out the top five drivers in Formula 1 is Sebastian Vettel who has +650 odds.

The cancellation of the Chinese Grand Prix will leave a void in the racing schedule but with 21 other races lined up this season, it’ll be hard for the Chinese Grand Prix to single-handedly affect the F1 Drivers Championship 2020 odds. Bettors should feel comfortable betting on Formula 1 racing despite the chance the coronavirus could cause even more races to get canceled.