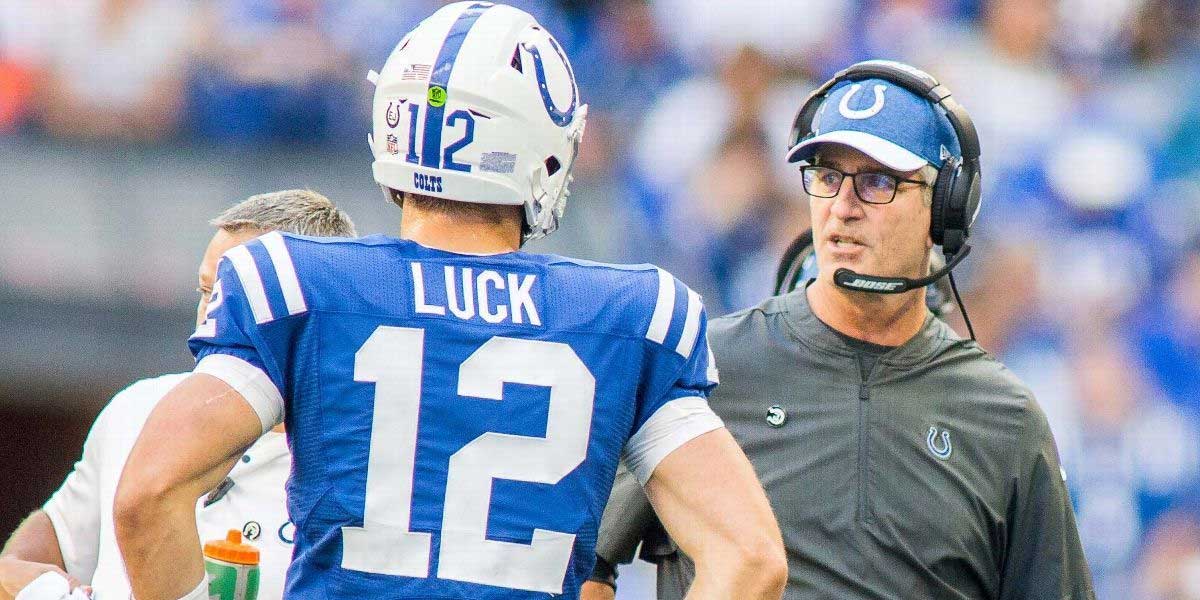 INDIANAPOLIS -- Andrew Luck’s sudden retirement during Week 3 of the preseason sent the betting odds for the Indianapolis Colts into a freefall. It wasn’t just the Colts' Super Bowl odds that took a hit, it was the division odds, and win totals that saw a drastic shift by sportsbooks.

The Colts were once the favorites to win the AFC South, and now Bovada currently has them listed in last place with odds of +500. However, Luck’s retirement had no impact on the NFL Coach of the Year odds at online sportsbooks in the US.

Frank Reich For NFL Coach Of The Year

Indianapolis Colts head coach Frank Reich is still one of the betting favorites to win the award as Bovada has him listed at +1500, only trailing behind Freddie Kitchens and Kyle Shanahan.

Despite Reich losing his franchise quarterback, the Colts still have one of the more talented rosters in the league as the offensive line allowed the fewest sacks last year. Also, the defense is led by Darius Leonard - who led the NFL in tackles last season.

The Colts may not be as dangerous a team as they were pre-Luck, but they aren’t in as bad of a situation post-Luck as the odds may suggest.

Reich is no stranger to having to win without a franchise quarterback, as he was the offensive coordinator for the Philadelphia Eagles the year Carson Wentz was injured, The Eagles still won the highly-anticipated Super Bowl matchup with Nick Foles as the quarterback.

If the Colts make it back to the playoffs this season without Andrew Luck, it would certainly make it hard for the rest of the coaches to beat Reich’s case for coach of the year.

Jacoby Brissett will take over as quarterback for the Colts this season, and the Colts could be a sneaky underdog to make the playoffs in the AFC. In his last season as a full-time starter Brissett threw for 3,098 yards and 13 touchdowns as he led the Colts to a 4-12 record.

Brissett will have his work cut out for him as he and Reich will have to be close to flawless to get the Colts back into the playoffs for the second straight year.