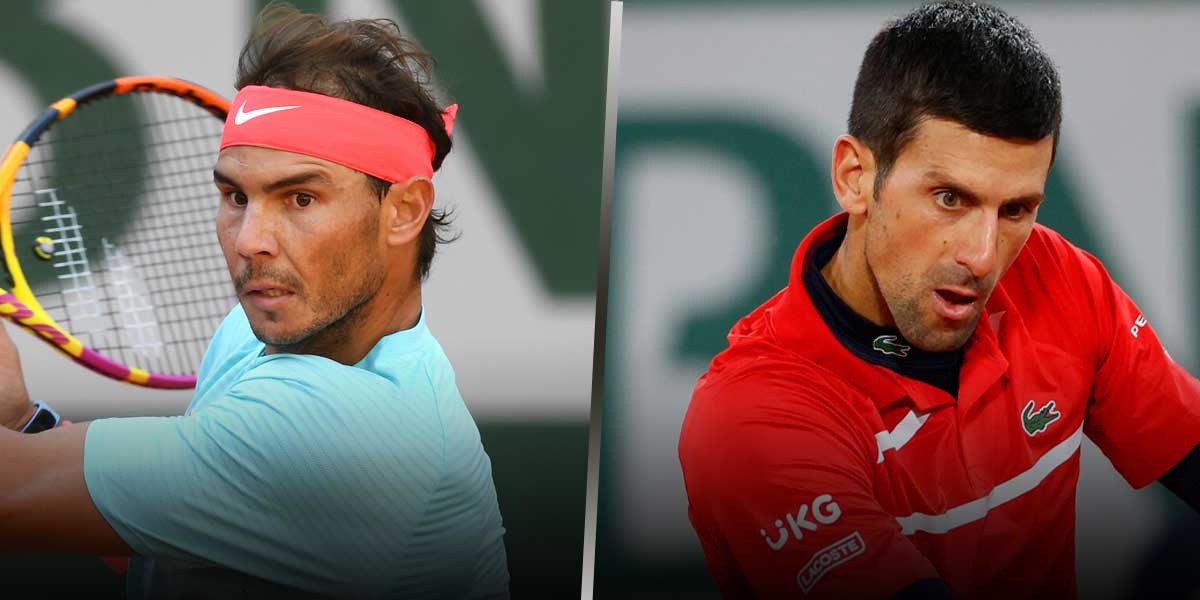 PARIS – The 2020 French Open is underway as eight tennis players vie to hoist the La Coupe des Mouquetaires trophy by surviving the quarterfinal round.

The field for this year’s French Open is very competitive and after glancing over the bracket, tennis bettors eyes had to light up seeing a possible finals matchup between No. 1 seed Novak Djokovic and the No. 2 seed Rafael Nadal.

4️⃣ mouth-watering matches on tap for the last 🎱

Who will be the last man standing? 🏆#RolandGarros pic.twitter.com/ou50r8zFs4

While Djokovic and Nadal still have to record two more victories to make this dream final happen, USA online sportsbooks has both tennis players neck and neck on the odds board.

Not only are they neck and neck on the odds board but the bracket has fallen into a favorable position for those anticipating a Djokovic-Nadal French Open title match. Both Nadal and Djokovic have somewhat of an easy path to the championship round especially in the quarterfinal round.

Djokovic will face the 17th seeded Pablo Carreno-Busta while Nadal will face an unseeded underdog in Jannik Sinner.

The semifinals matches might present more of a problem for a Djokovic-Nadal final, but these are the two best tennis players in the world we are talking about and their experience in these types of matches gives them a huge competitive edge.

Nadal throughout his career has dominated on clay courts and has won the French Open a record 12 times.

Nadal not having the shortest odds to win the French Open is criminal, even if his odds are only slightly under Djokovic’s. Nonetheless, with Nadal’s record on clay, he should be the favorite to win his 13th French Open title.

Take the +130 odds on Nadal to win at Roland-Garros as he is pretty much unbeatable on clay courts. Nadal has a 6-1 record against Djokovic in the French Open and has a 17-7 record when facing Novak on clay courts in his career.

Djokovic is the No. 1 tennis player in the world and is the favorite to win the 2020 French Open. He’s been on a tear this season with a 31-1 record. There hasn’t been a better player in the ATP Tour this season.

Djokovic has run through the opening rounds of the French Open without even dropping a set and that’s likely why his odds are the shortest at +120. Djokovic is still favored to win this tournament despite his shaky record on clay against Nadal.

The last time Djokovic took on Nadal was earlier this year where he won in two sets at the ATP Cup in January. While playing Nadal on clay is an entirely different match Djokovic's play this year cannot be overlooked.

We could very well be on our way to another classic Djokovic-Nadal final and while Djokovic has been tough to beat this year, bettors should take the +130 odds on Nadal simply because he’s the best tennis player on clay we’ve ever seen.