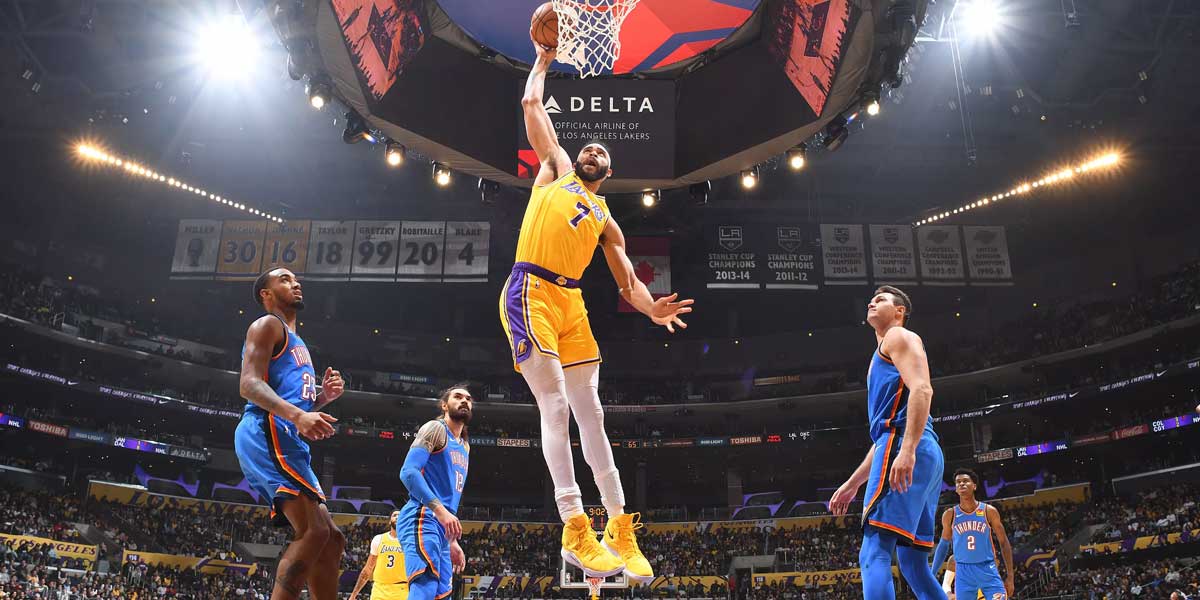 BOSTON – Sports bettors know that each weekend at this time of the year begins with betting on NBA games. There are plenty of matchups slated for Friday night, but several key betting lines may be the best bets you can make all season.

The evening begins with the game most people will be watching which is the Los Angeles Lakers vs. the Oklahoma City Thunder. Both teams underwent huge changes to their roster over the offseason which shows in the team's overall records.

The Lakers, which acquired center Anthony Davis, are sitting on top of the Western Conference with a 12-2 record while the Thunder who lost both Paul George and Russel Westbrook are only at 5-9. The Thunder did pick up Chris Paul who is still one of the best point guards in the league.

The Lakers are favored to win this matchup at -4.5 points according to various online sports betting sites.

But, it’s the point total that is the most peculiar aspect of this matchup. Both teams have the capability to score, and according to covers.com, the over is 5-1 when looking at the Thunder’s previous six matchups against a team with a winning record straight up. Given the talent on the floor and recent history, the over may be a good choice.

Following that game, the Dallas Mavericks will then take on the Cleveland Cavaliers. While this may not be the most exciting matchup for general NBA fans, those betting on the NBA will recognize a great opportunity to cash in here.

Online sportsbooks have the Mavericks set as 10-point favorites to beat the Cavaliers.

However, one could also counter that argument by showing Luka Doncic’s stats this season. If Doncic continues to play the way he does on Friday, he will be able to help the Mavs cover the spread. If he continues his performance throughout the season, he may be in the running for NBA MVP.