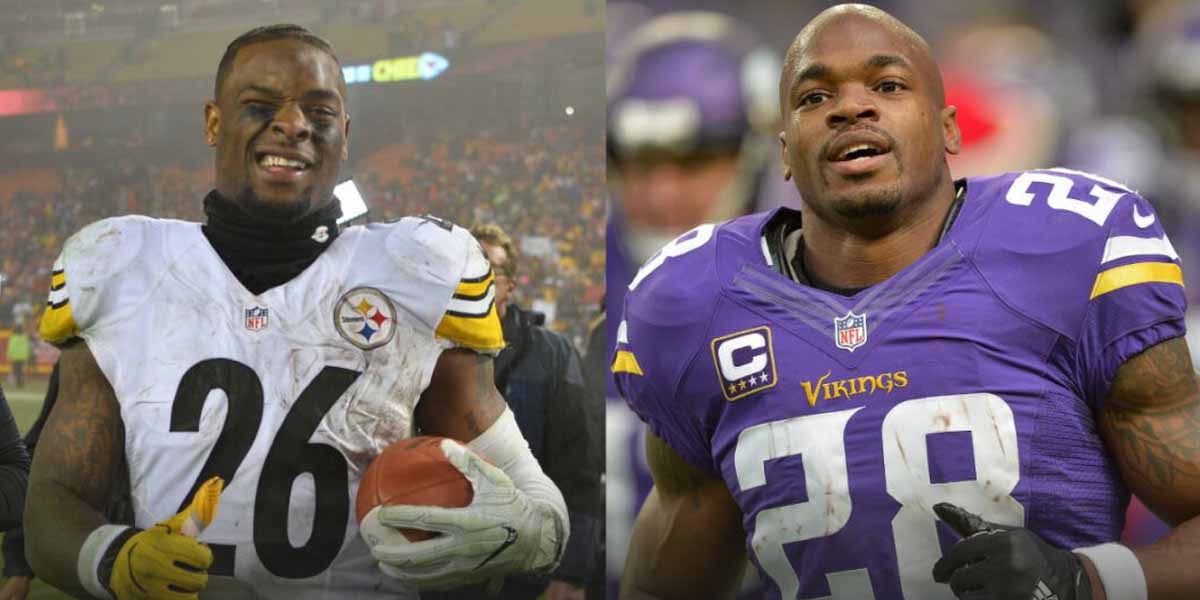 LOS ANGELES – News broke on Monday that former NFL running backs, Le’Veon Bell and Adrian Peterson will meet in the ring for an exhibition boxing match. Odds for this fight have already been posted with Bell the heavier favorite to come out on top.

Subsequently, online sportsbooks are showing Peterson as the underdog

Both Bell and Peterson are going into the fight in similar shape. Both stand at 6 foot 1 inch while Bell is weighing 225 pounds and Peterson is at 220 pounds. Bell also has the age advantage on Peterson as he is just 30 years old while AP is 37.

Bell Standing With The Advantage

Not only does Le’Veon sit with the age advantage on AP, but he also has a passion for boxing and has used the sport to train his stamina while in the NFL.

“I try to find ways to be healthier. I want my body to be in great shape so as the season comes closer you’ll start seeing that form to take shape. [Boxing] is just to help with my cardio and my stamina. It’s a little different than football, and I try to stay off my joints in the offseason as much as possible, still get cardio. Instead of cutting and doing a lot of drills, I’ve been doing a lot of boxing training,” said Bell.

Aside from his training, it also seems that Bell has been eager to get in the ring and box at this point. He has shown this by calling out another celebrity boxer in Jake Paul numerous times. With that, Bell must feel confident enough to take his talents into the ring.

As for AP, he is going into the bout with no previous boxing experience or at least none that has surfaced which would explain why his odds are sitting in the underdog scenario.

The fight is scheduled to take place in Los Angeles on July 30 from Crypto.com Arena.