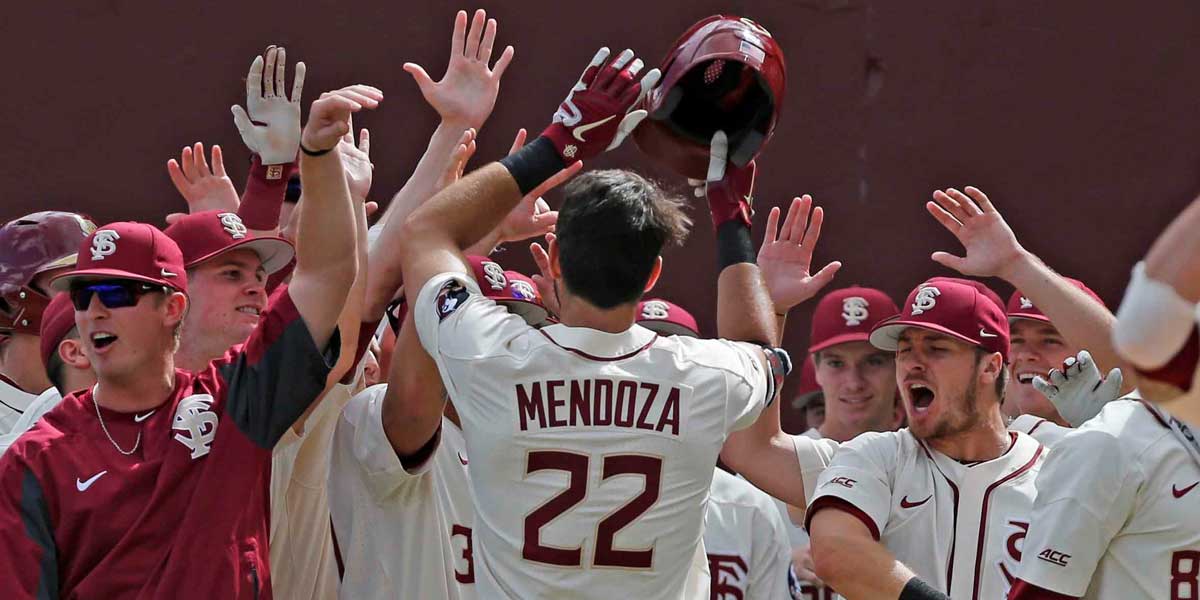 TALLAHASSEE, Fla. – The Florida State Baseball team is on their way to Omaha. The ‘Noles have made their way into their 23rd College World Series after defeating LSU in extra innings. This is a great sendoff for Coach Mike Martin who will be retiring after this season which marks his 40th year of coaching the team.

"I ain’t going to get all teary-eyed on you, but I wanted this so bad for our young men,” Martin said in a post-game interview after solidifying a World Series shot. “This night will be etched in stone with me for the rest of my life.”

The Seminoles Beat The Odds

No one, even here at USAOnlineSportsbooks.com, thought the baseball team at FSU would be where they are today. With a 41-21 record and a rollercoaster season, they barely made the playoffs. Even after going into Sunday’s game against LSU and being up by 3 in the second inning, it was still anybody’s game. LSU fought back and the game stalled out at a 4-4 tie. Twelve innings later, third-baseman Drew Mendoza became the real MVP.

Mendoza had a walk-off hit in the 12th inning, making it a 5-4 win against the Tigers. Martin was seen pumping his fists in the air in excitement before charging the field to celebrate.

"I want to congratulate Mike Martin and Florida State on their qualifying for Omaha," said Malnieri after the game.  "They've got a heck of a team, obviously one of the greatest coaches of all time...I'll be rooting for him to end his career with a national championship."

Teams are still playing for their spots in the series, so matchups have not yet been made. The Opening Ceremonies in Omaha start on June 14th. Games will begin the next day. FSU has 12/1 odds to win the College World Series. That would be a tremendous way for coach Mike Martin to end his career. This will be Martin’s 17th College World Series and the 23rd in FSU history. The fun starts on June 15th!