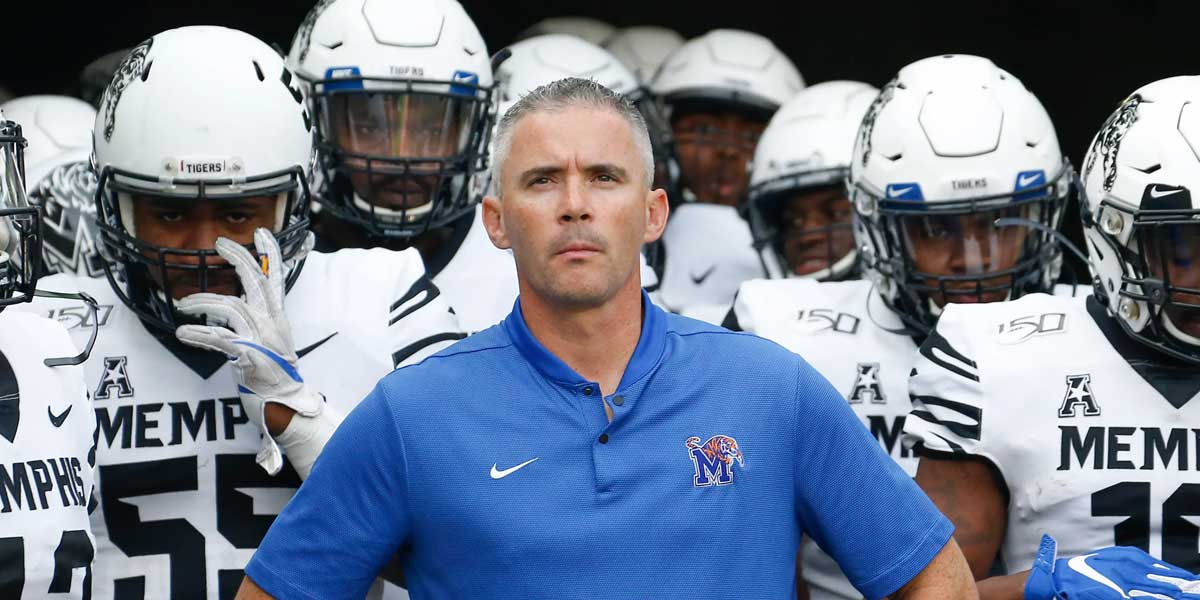 Norvell will be the 11th coach in the history of the program and will be tasked with making the Seminoles contenders in the College Football Playoff again.

Since accepting the job at FSU, Norvell made it known that he will not be coaching the No. 17 Memphis Tigers when they take on the No. 10 Penn State Nittany Lions in the Goodyear Cotton Bowl Classic on December 28.

Betting On Penn State And Memphis

Norvell cited a restricted calendar for game prep and recruiting as to why he would not coach Tigers in their final game. The Nittany Lions opened as 7-point favorites in the game and since Norvell won’t be on the sidelines for the Tigers the line has remained the same. However, without his preparation behind the Tigers, the line will likely move as it gets closer to gameday.

This will be the first-ever meeting between the Memphis Tigers and Nittany Lions in what should be an exciting game. The No. 17 Tigers will be led by former offensive line coach Ryan Silverfield in what is assumed as being a shootout.

Although Norvell’s absence isn’t being felt at sportsbooks it could affect the Tigers on-field play as losing a head coach weeks before a major bowl game is not the ideal situation for any team. Memphis will have an uphill climb in trying to end the school's nine-game losing streak in bowl games.

Florida State will have Norvell involved in some of the game preparation for their meeting against the Arizona State Sun Devils in the Tony the Tiger Sun Bowl on December 31. The Seminoles are five-point underdogs in this game and will be led by interim head coach Odell Haggins, who was also the first official hire on the new staff of coach Mike Norvell.

Norvell’s arrival at Florida State has not caused any movement on the spread for the Sun Bowl at US Sportsbooks, and moving forward that line shouldn’t be moving much at all.

The Seminoles (+160) have the talent to pull off the upset of their Pac-12 opponent, and a win here would give Florida State a big boost heading into the offseason for recruiting.

The Sun Devils (-180) come into this game riding a two-game winning streak. One of those two wins came against the No. 6 Oregon Ducks in a 31-28 upset. Arizona State will be one of the better teams this Seminoles team has faced this season.

With this, expect the game to be a close one as these teams are evenly matched and a moneyline bet might be the best betting option in this game. Both teams have losing records ATS this season with the Seminoles earning a 4-7-1 record ATS and the Sun Devils coming in with a 4-8 record ATS.

Norvell is expected to bring the Seminoles back to relevancy in the college football world. It won’t happen overnight, but he’ll have to show that he can turn the program around or Florida State won’t hesitate to move on from the coach.