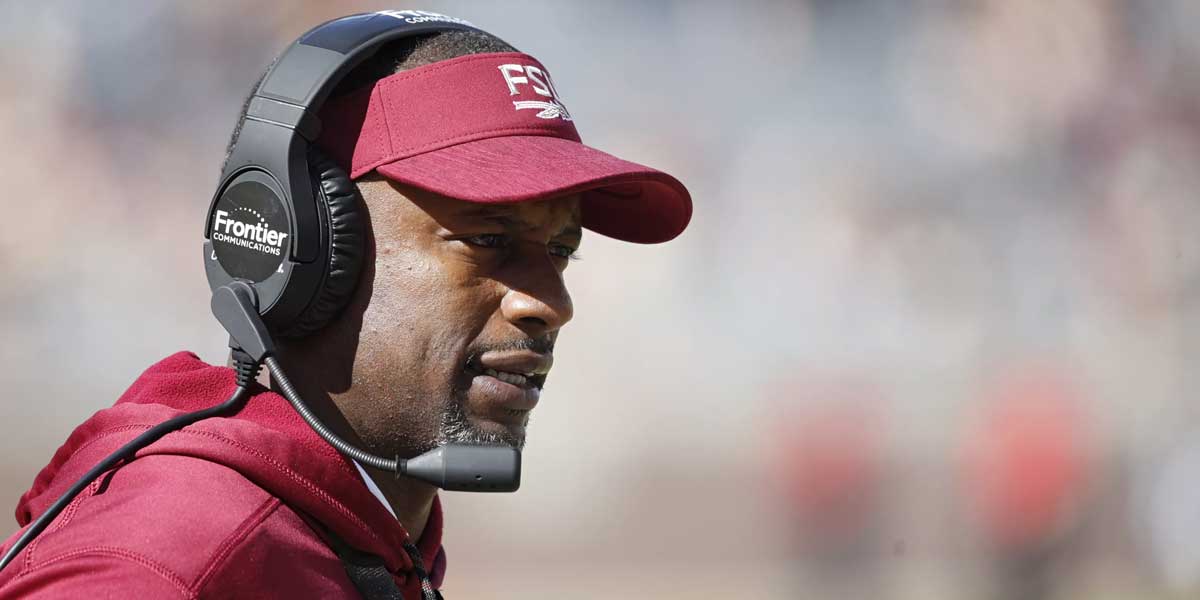 TALLAHASSEE, Fla. – After serving less than two full seasons as the head coach of the Florida State Seminoles, the university has officially fired Willie Taggart. The termination comes one day after losing to the school’s rival Miami Hurricanes at home.

“I think very highly of Coach Taggart and wish him well, but in the interest of the university we had no choice but to make a change,” said John Thrasher, president of Florida State University.

“We will support our student-athletes in every way and do all we can to return to the winning tradition that is Seminole football.”

During Taggart’s 21-game tenure the Seminoles went 9-12, having lost to rival schools in back-to-back years. Last season the Seminoles suffered their worst home loss in school history, missed a bowl game for the first time since 1981, and were dead last in the country in terms of penalties.

Many of the issues that plagued last season can be seen this year. Poor linebacker play, inconstant performances at quarterback, and an atrocious offensive line were the core issues since Taggart took over the head coaching role at FSU.

The Seminoles went on to defeat the Southern Miss Golden Eagles 43-13 in Haggins’ lone game as a head coach for the Noles.

However, Haggins will have his hands full this week against the Boston College Eagles. ESPN’s FPI gives the Noles a 53.5% chance to defeat the Eagles, but bookmakers have Boston College set as two-point favorites as of Monday.

The Eagles are also coming off of a huge road win against the Syracuse Orange in which they defeated them 58-27 and racked up a school-record 691 yards in the game.

With so many questions surrounding the Florida State football program, and the Eagles coming into the matchup with history on their side, it may be a safe bet to trust bookmakers on this one.