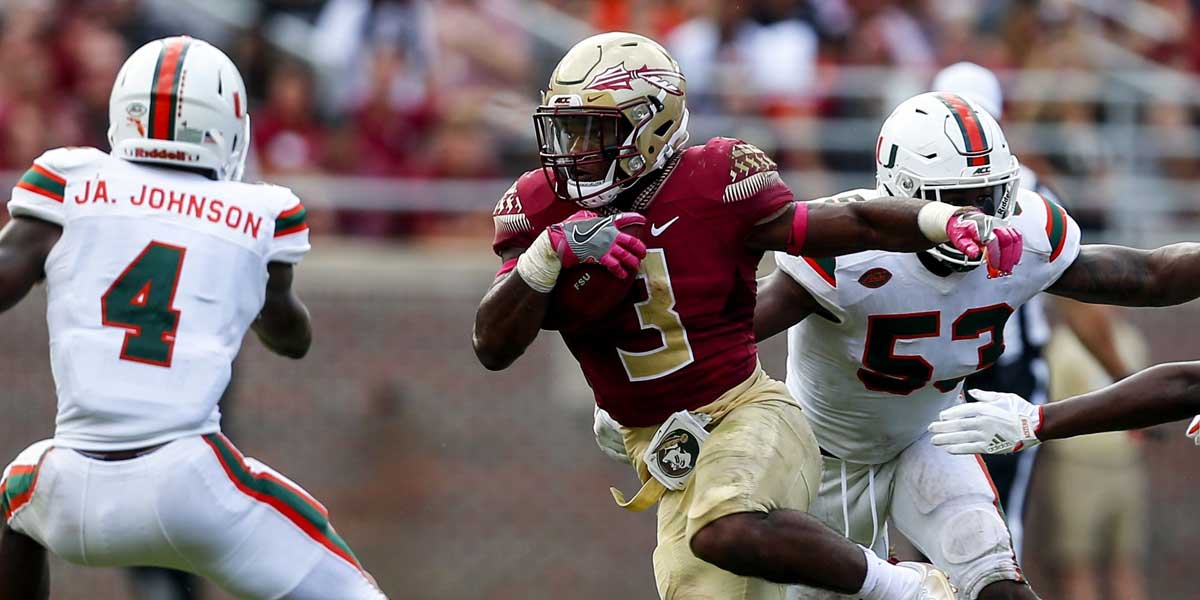 TALLAHASSEE, Fla.- When it comes to coaching offense, Kendal Briles gets his players in the top 10 nationwide for yards per game. Now he has joined the Florida State coaching staff and believes he can build the offensive line into what it used to be back in the glory days of the Seminoles.

"If you put all the skill together, it may be one of the best skill position groups that I’ve ever been around, talking about running backs, tight ends, receivers all together," said Briles. "We have really, really good skill players so it’s on us to put them in a good position to make plays."

Two quarterbacks are vying for the starting position at FSU; Alex Hornibrook and James Blackman. Both quarterbacks are displaying their talents in camp so the decision will ultimately come down to their mindsets. Briles wants to choose a quarterback that has the plays so well ingrained that they don’t even have to think on the field, they’ll just react appropriately. Whichever player can show him that they are capable of doing that will be starting this season.

While the offensive line isn’t in the best shape, USAOnlineSportsbooks.com has learned they’re getting better with each practice. Coach Briles plans to keep working with them so their minds and bodies are in sync when it comes to the plays. He understands there is a learning curve but is excited to push the players to be their absolute best.

“The guys, from a tempo standpoint, they're coachable. I've been really impressed with the offensive line, they're not in shape,” said Briles. “Their mind is telling them to do it but their bodies won't let them right now. But you can see it on tape, they're trying to change gears, get lined up, all that good stuff. So, we'll keep coaching, keep working, and keep getting better at it."

You can expect to see Briles on the sidelines this season because that’s where he chooses to coach from. He wants to be right there in it with his players. "We are in a good spot now. We just have got to continue to get better," said Briles.

The Seminoles' first game is at Doak Campbell Stadium against the Boise State Broncos at 7:00 pm ET on August 31st. The Seminoles are 4-point favorites over Boise State. The game will be televised by the ESPN network. Seminole fans will be able to have a front seat to see whether or not Briles has whipped the offensive line into top 10 material.