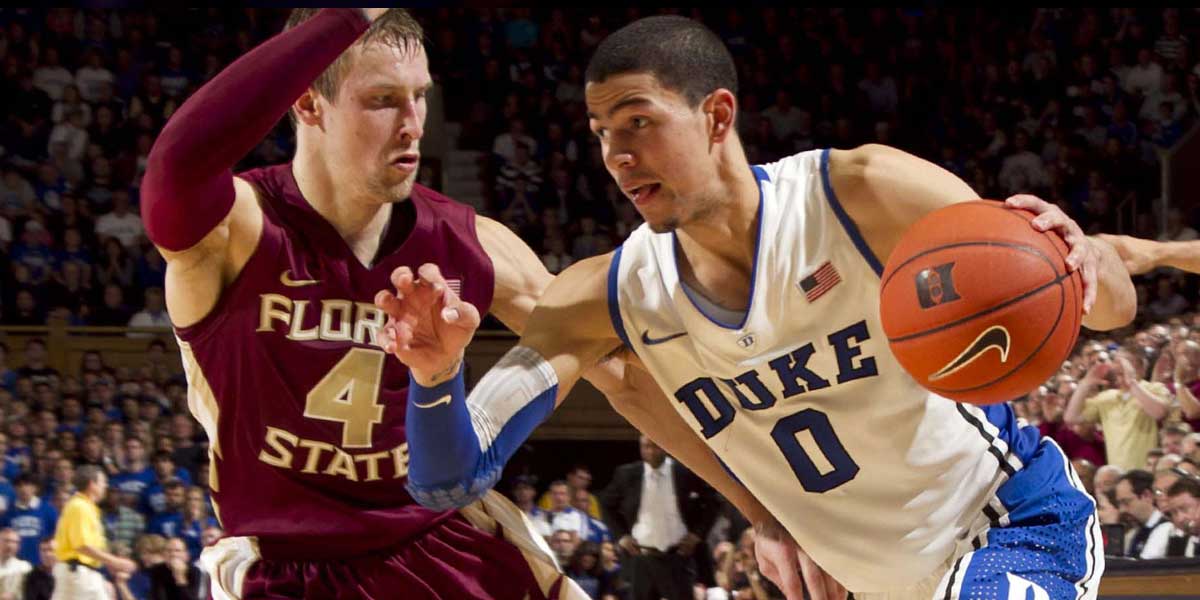 DURHAM, N.C. - An ACC basketball showdown will take place on Monday as the Duke Blue Devils host the FSU Seminoles in a game that may decide who wins the ACC regular-season championship. The odds for Duke vs. FSU signal the Blue Devils winning comfortably but there other factors to consider.

Duke is ranked seventh this season while FSU is ranked eighth. Both teams have 20-3 records and are strong defensively. This should be an effort-based game and is going to be decided by who wants it more as no easy buckets for either team will come.

Duke is coming into tonight’s outing as the heavy favorites, but it wouldn’t be the best decision to completely count FSU out as they have been firing on all cylinders offensively in their last few games.

Though the Seminoles are currently known as a dark horse when it comes to odds to win the NCAA Basketball Championship, that narrative will surely change if they come out of Durham, N.C. with a win.

Both teams have a 10-2 record in the Atlantic Coast Conference and are tied for second, being half a game behind Louisville for the number one seed honor.

Being this close to the March Madness tournament and seeing as how FSU will face Louisville for the second time this season later in the month, this game can become a deciding factor as to who will be the ACC regular-season champions.

FSU head coach Leonard Hamilton is preparing his team for one of the biggest regular-season games in the school’s history as this is only the third top 10 matchup for the school since 1993, and 12th ever.

“Obviously,” Hamilton said, “we have a very important game coming up Monday (against) one of the most tradition-rich programs in the history of college basketball.”

The Seminoles' confidence is predicated on their recent hot scoring streak. Just Saturday night against the Miami Hurricanes, FSU scored 99 points and did this while shooting 50% from behind the arc.

They shouldn’t expect to have such an easy scoring night against the Blue Devils however as Duke is known for their strong defenders.

That defense allowed them to comeback against North Carolina in their last outing, forcing overtime in the 98-96 overtime win where they hit two buzzer-beaters over the Tar Heels.

Despite the Blue Devils being heavy favorites tonight, FSU still boasts confidence, believing they are up to any challenge.

“We’re all just locked in because we know that we have bigger goals,” said Patrick Williams of the Seminoles.

“Duke is, I guess, a big game. I mean, every game is a big game for us, but I guess Duke is a big game. So people are already talking and stuff like that. But to us, it’s just another game where we have to go out and execute. To get where we want to go, we’ve got to win a game like this.”