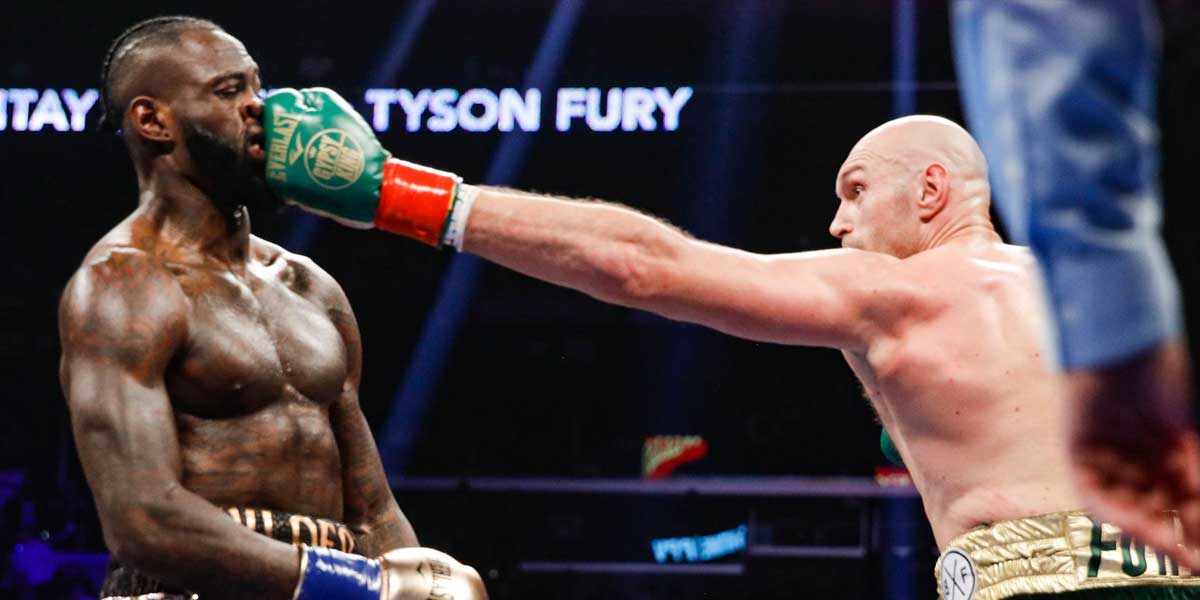 LAS VEGAS – The heavyweight division has gone through a resurgence recently that has seen the sport of boxing’s popularity rise again. On Saturday, two of the biggest names in the sport will fight face off in the ring as Deontay Wilder (42-0-1) and Tyson Fury (29-0-1) are set to fight for the second time with the WBC heavyweight title at stake.

The first fight resulted in a controversial split draw in 2018 and the highly anticipated rematch is almost here. This fight should easily be one of the biggest bouts of the year and will provide boxing fans with the crucial first answer to figuring out if there will be an undisputed Heavyweight champion this year.

Wilder is the slight favorite in the rematch with US online sportsbooks listing him at -115 odds while Fury is listed at -105 odds. Expect the lines to move as the countdown till the fight draws near.

The highly anticipated rematch will be on Saturday, February 22, under the lights of the MGM Grand Garden Arena. Below are three Boxing Specials listed at the sportsbook BetOnline. Consider placing a bet on these three fight props to net a return on the mega fight.

Will the fight go the distance?

Winner: Yes (+105), The first fight went the distance and was decided by judges. This fight could follow that same trend and go the distance with two of the best boxers in the world battling for the top spot in the heavyweight division.

Wilder has 41 knockouts 42 career victories and knocking out Fury will be a tall task much like the first fight. Take +105 odds on this fight going the distance because that’s where the profit lies in what will be one of the best 50/50 props in this fight.

Who Will Bleed First?

Winner: Fury (-400), This betting prop is one of the biggest dice rolls of the match. Both Wilder and Fury have powerful hands that can end a fight in just one punch. Expect these two heavyweights to engage in a bit of a slugfest in the middle rounds as they get more comfortable in the ring.

That should cause blood to be drawn in the middle rounds of this fight. Take the odds-on Fury bleeding first because Wilder has much more power in his hands than Fury.

Furthermore, based on the first fight, the Bronze Bomber will have his opportunities to land significant strikes on Fury.

Winner: Both fighters to be knocked down (+550), With the top two heavyweight boxers in the world fighting and none of Fury’s odds listed as significantly profitable, take the longshot on odds on Wilder and Fury both hitting the canvas in the fight.

In the first fight, only Fury hit the canvas while Wilder came close but was able to stay up. With two legacies and undefeated records on the line expect both fighters to be extra motivated and to get up off the ring floor at least once between each boxer.