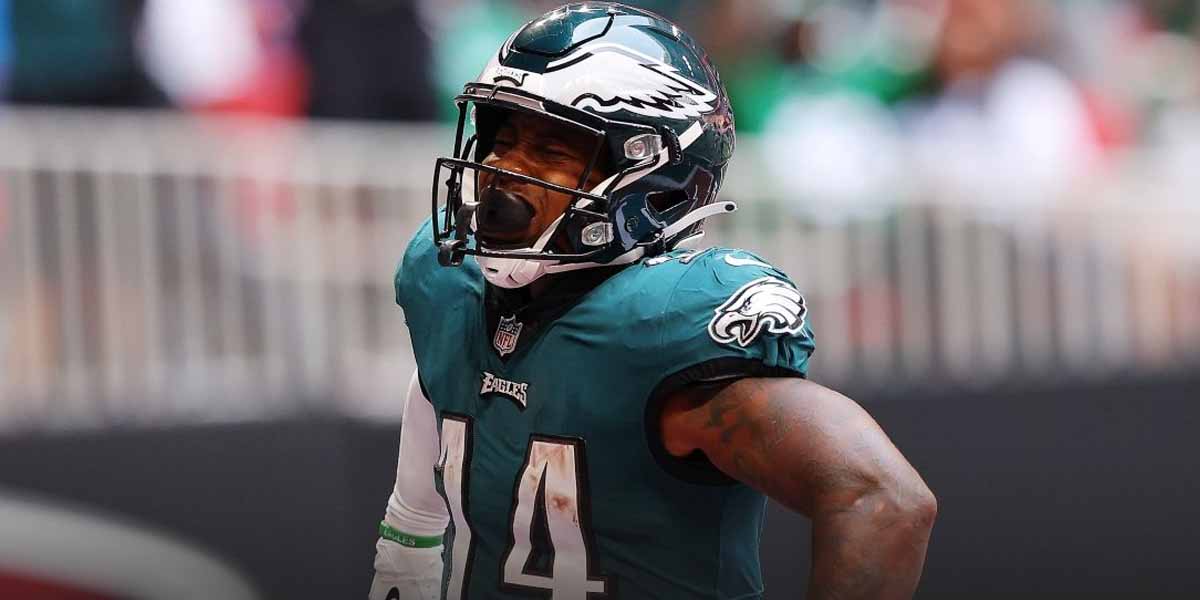 PHILADELPHIA – Week 7 of the NFL season brought out the fantasy value of different players around the league. Leading the way is Philadelphia Eagles running back, Kenneth Gainwell who is followed by New England Patriots RB, Brandon Bolden, and Green Bay Packers receiver, Allen Lazard.

One of the most beneficial ways to find these players' true fantasy value is by looking at each of their player prop odds with online betting sites.

With Miles Sanders going down in Week 7 with an ankle injury, Gainwell should be at the top of every fantasy owner's radar. Sanders went down in the second quarter in which Gainwell went on to finish Week 7 against the Las Vegas Raiders with 20 rushing yards, 41 receiving yards, and a receiving touchdown which was good for 14.1 fantasy points.

Going into Week 7, NFL betting sites had Gainwell’s player props at 0.5 touchdowns, 10.5 rushing yards, 17.5 receiving yards, and 1.5 receptions. Gainwell hit the OVER across the board for all of his props.

With no timetable for Sanders’ return, Gainwell will have weekly flex appeal. The Eagles face the Detroit Lions in Week 8, who currently allow 120 rushing yards per game.

While some like to stay away from the New England Patriots' shaky backfield, Brandon Bolden is the exception to that rule. Bolden has solidified himself as the Pats RB2 and third-down running back. His usage has gone up significantly since the start of the season as he has had 4+ targets in four of the Pats' seven games this year.

His Week 7 performance was his best of the season, as he went for six receptions on seven targets for 79 receiving yards and one receiving touchdown accumulating 19.9 fantasy points.

Bolden has a chance at a big game in Week 8 against the Los Angeles Chargers defense that allows the most rushing yards to opposing running backs. However, with the Chargers passing defense being inside the Top-5 in the league, Bolden could see plenty of dump-off passes that back his value even more. He should be an easy pick-up, as he is owned in just 6% of fantasy leagues.

Allen Lazard is worth streaming in Week 8 for the Green Bay Packers Thursday Night Football matchup with the Arizona Cardinals. While the Packers receiving core is not one to rave about, Lazard is carving out a nice role for himself as the team's WR2.

Lazard has put up double-digit fantasy points in his last two outings, bringing in five and six targets in both games and catching a touchdown in each week as well. This past week, Lazard went for 17 fantasy points on five receptions, 60 yards, and one touchdown.

Lazard crushed his player props which were set at 2.5 receptions, 30.5 yards, and 0.5 touchdowns. With his usage trending in the right direction, he could offer weekly flex and low-end WR2 value. Lazard is found in 4% of fantasy football league rosters.