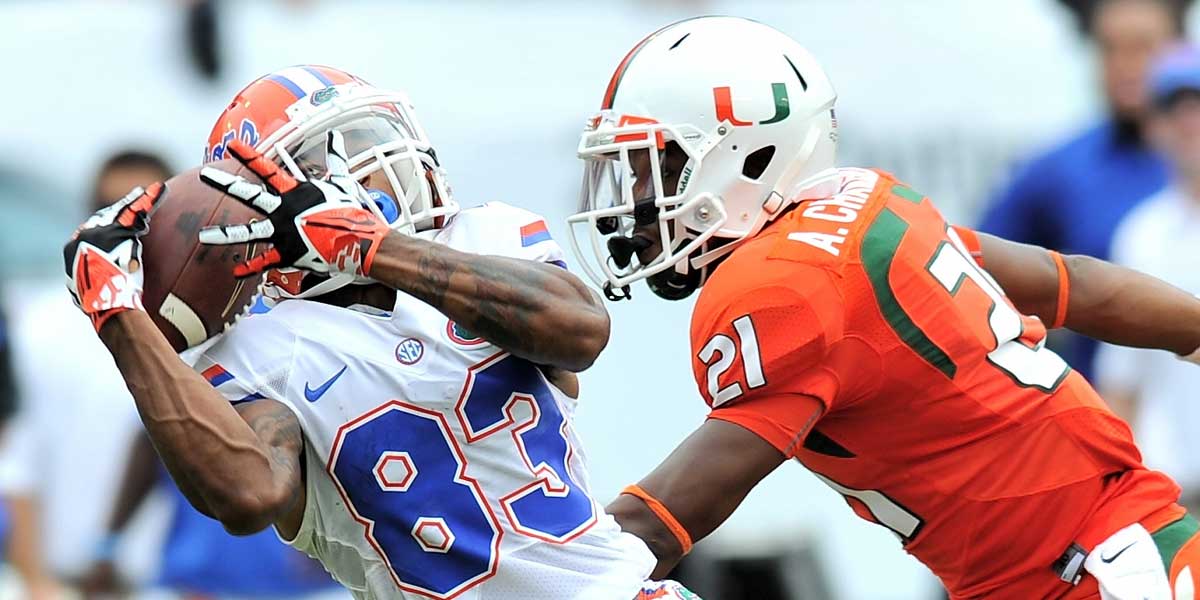 MIAMI - A huge rivalry game is just the way to start the college football season. The Florida Gators and the Miami Hurricanes are set to play on August 24. The game will be taking place on neutral ground, in Orlando, Florida. There will be no home-field advantages here.

While the game is over a week away, the Hurricanes are still unsure of who will be playing in the starting quarterback position. Their new head coach, Manny Diaz, enjoys watching all 3 of his possible quarterbacks battle it out for the spot. Going out for the chance to start are Jarren Williams, a redshirt freshman and two sophomores, N’Kosi Perry and Tate Martell.

“That’s what I enjoy about the next six days because this is it, this is the week of all weeks. And now the pressure really, really turns up,” said Diaz. “It’s the best thing we can do to try to create that sense of urgency without inviting another university to come play us.”

Perry has the most experience; playing in 6 games last year and passing for 1,091 yards with 13 touchdowns.

But How Will Miami’s Offense Play Against Florida’s Defense?

Florida’s defense includes top defensive backs C.J. Henderson and Jeawon Taylor to go up against any quarterback Miami ends up choosing. The Gators lost their star defensive end Jachai Polite to the NFL draft. Polite allowed only 20 points last season and was named first-team All-SEC. However, Florida’s defensive coordinator Todd Grantham is pleased with his defense.

“I like our play,” said Grantham, Florida’s defensive coordinator. “I liked our run fits. I like the way that, for the most part, the way our guys set the edge. I thought there were really good plays in the scrimmage. There were good individual plays. Overall, I was pleased with their energy, the physicality with which we played. And I thought we continued from play one through the scrimmage.”

USAOnlineSportsbooks.com knows while the Gators had a better season last year, they have lost 12 out of the last 16 games played against the Hurricanes. The Camping World Kickoff/Florida Cup kicks off at 7:00 pm ET on August 24 at the Camping World Stadium in Orlando, Florida. The Gators are favored to win with odds of -230. Miami has been given odds of +190. The ESPN network will be televising the event.