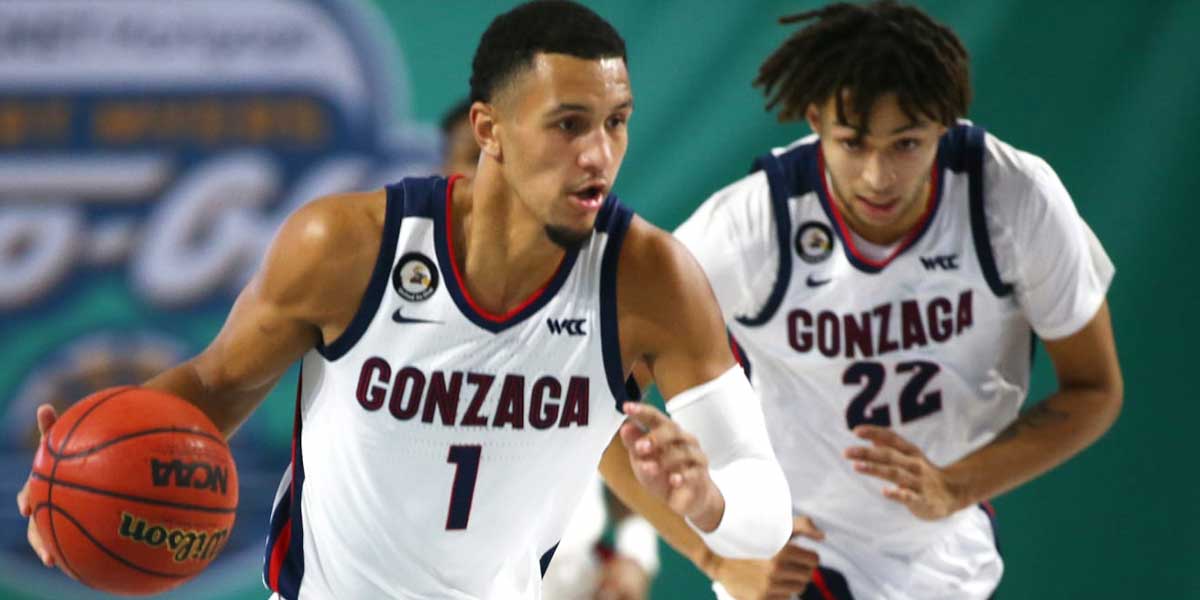 INDIANAPOLIS — The College basketball season has just begun and even though it’s early this remains a good time to take a chance on which teams will be crowned the NCAA champion after not having a tournament in the previous season.

The Covid-19 pandemic caused a cancellation of the 2020 NCAA Tournament and despite cases around the US still rising it’s assumed that there will be a tournament to determine a national champion this season.

BetOnline has the latest college basketball betting odds posted and Gonzaga has separated themselves from the rest of the pack, as the only team with odds shorter than +500.

The Bulldogs are the No. 1 team in the country and have already taken down three opponents ranked in the top 10 which includes the #3 Kansas Jayhawks, #7 West Virginia Mountaineers, and the #4 Iowa Hawkeyes.

That’s an impressive early-season resume and could be a reason why Gonzaga seven games into the season is listed at +300. Those odds are very low and while they’d still bring a nice profit but bettors should be cautious of these odds early.

If the Bulldogs were to lose or just have a few down games, their odds would certainly get longer than the +300 they’re currently at. Longer odds mean a better return and we’re still a ways from the tournament. Furthermore, this opens up a dice roll on the college basketball betting odds and skipping over Gonzaga for teams like Iowa (+900) or Villanova (+1200).

Since it’s early in the season, now is the best time to find a college basketball longshot.