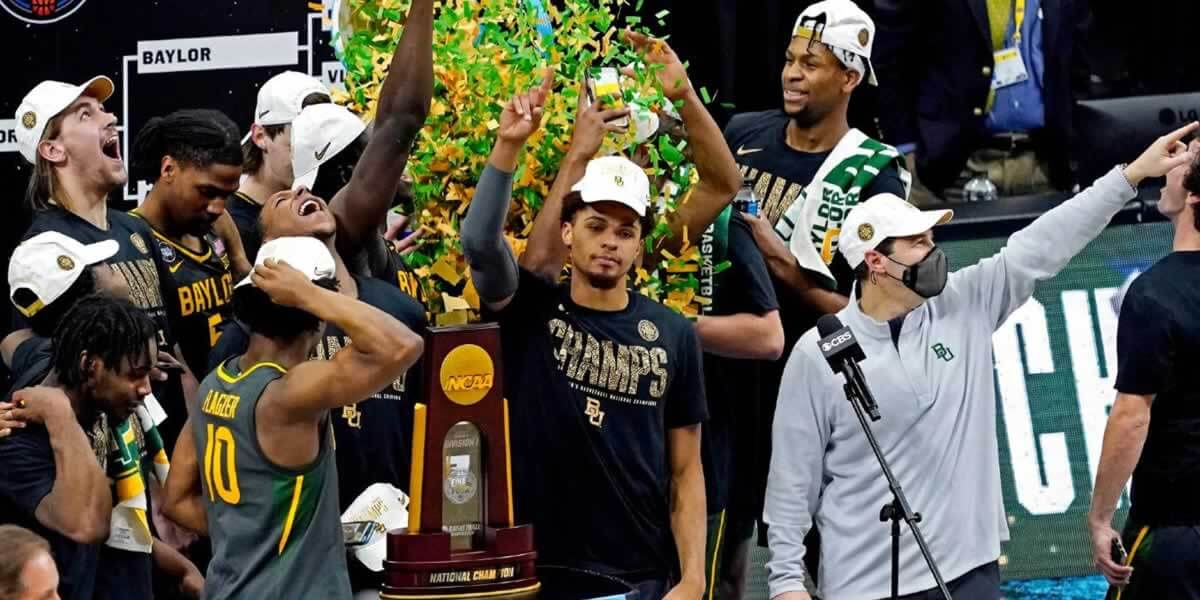 LAS VEGAS - The Gonzaga Bulldogs fell to the Baylor Bears in the finals of the NCAA Men's College Basketball Tournament after they were unable to fully recover after Baylor jumped out to an early lead.

Gonzaga dominated the entire college basketball season, not losing a single game before the NCAA finals.

You know what they say, though - nobody’s perfect.

Looking forward, despite Monday’s loss, the Bulldogs are the favorites to win March Madness in 2022.

Let’s take a look at the top teams on the online sportsbooks going into the 2021-2022 basketball season.

Gonzaga was such a dominant team in 2020-2021 that they’re expected to retain some of that competence going into next season.

They’re easily the favorite to win the 2022 NCAA Tournament, with their +700 odds being far ahead of those of their closest competitors, the Michigan Wolverines and Florida State Seminoles.

Intriguingly, an Ohio State Buckeyes team that got bounced in the first round by the Oral Roberts Golden Eagles is a favorite entering 2022, as they’re expected to bounce back nicely.

Gonzaga will likely be losing Jalen Suggs, and will definitely be losing Corey Kispert, two of their most important players.

Still, the culture they have developed puts them as a genuine favorite, as well as the fact that they will have some returning players with tournament experience.

The Bulldogs were one of the most dominant teams of all time relative to their competition - even after the Finals loss, they have a higher KenPom rating than any other team in the nation.

Handicapping college basketball is notoriously difficult, with the impact that freshmen and transfers can have.

The 2021 NCAA tournament provided two huge examples of freshmen and transfers being important.

Jalen Suggs’ game winning shot against UCLA was perhaps the play of the tournament, and Suggs was not on Gonzaga’s roster at this time last year.

Jalen Suggs “I always wanted to run up on the table like Kobe or D-Wade” pic.twitter.com/Ou5GpPJ2Ie

Similarly, Johnny Juzang of UCLA was a key piece in their deep tournament run as an 11 seed, and was a 2020 transfer to UCLA.

The point being made here is that most teams in college basketball will look drastically different in 2022, and betting on them now is putting faith in coaching, culture, and what talent are expected to return.

Gonzaga’s place atop the odds boards is due to those three factors, and the widespread perception of them as an elite program after this year’s run.

Time will tell whether that perception is justified.