Skip to content
USA Online Sportsbooks | Sports Betting | Has The FCS Dynasty In North Dakota State Come To Its End? 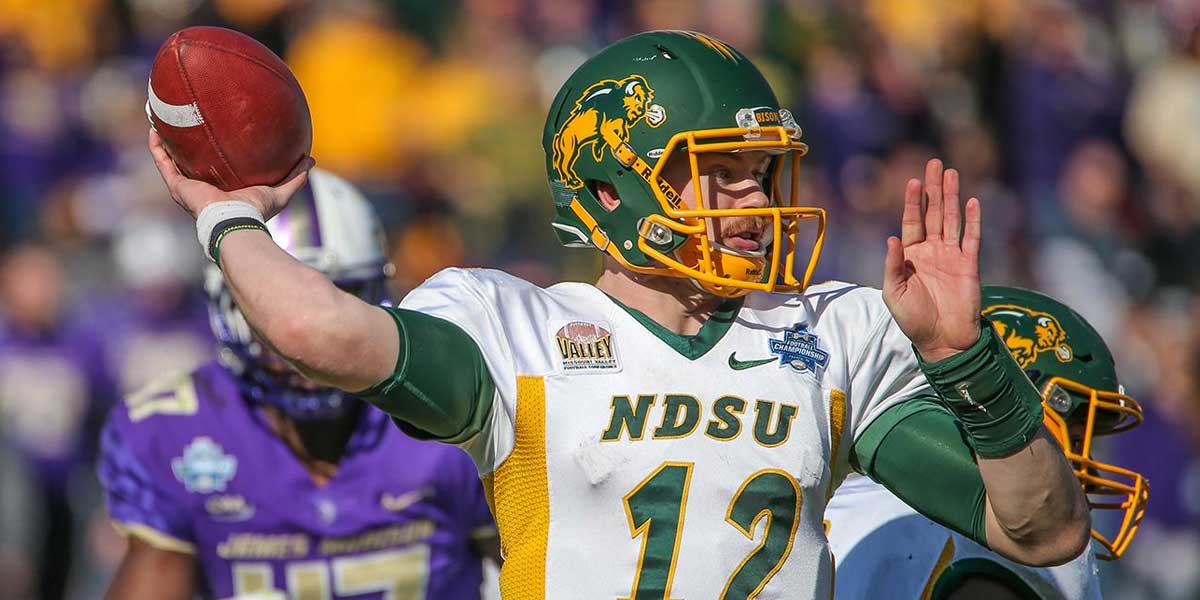 FARGO, N.D - Since 2010, the FCS has featured nine championship games played in Frisco, Texas. In those games, North Dakota State attended seven of them, winning every single one they played in.

However, their championship run was broken in 2016 when James Madison beat Youngstown State.

There is no doubt that NDSU has set the bar for elite status in the FCS, similar to what Alabama has done in the FBS. Still, more teams are starting to ramp up their play and make a name for themselves in college football.

Eastern Washington is a name who comes to mind, who fell to the Bison in last year’s championship by two touchdowns. James Madison made the championship the previous two years before that, winning one of them again Youngstown State and also losing one against NDSU.

But trends of this magnitude always come to an end, despite many never seeing the end in sight. The UCLA men’s basketball team in the mid-sixties to seventies won 10 national championships in 12 years, just as the UCONN women’s basketball team has reached 18 of the last 19 Final Fours.

NDSU headed into their fifth season under Chris Klieman’s expertise last year, but it was Craig Bohl who turned around their program in 2004 from an 8-3 team all the way to the top – having an undefeated season in 2013 before he left for a head coaching job at Wyoming.

Klieman has since moved onto Kansas State though, leaving Matt Entz to lead the program. Before this job, Entz had never held a head coaching role but has taken over as the leader of the most prestigious FCS football program in history.

With new coaching, many believe the tide might be turning in Fargo. NDSU, for the first time in what feels like forever, is not the favorite to win the championship heading into the season opener.

Will this be the start of the decline? USAOnlineSportsbooks thinks so, as oddsmakers don’t seem to have faith in the newly hired Entz. Only time will tell.