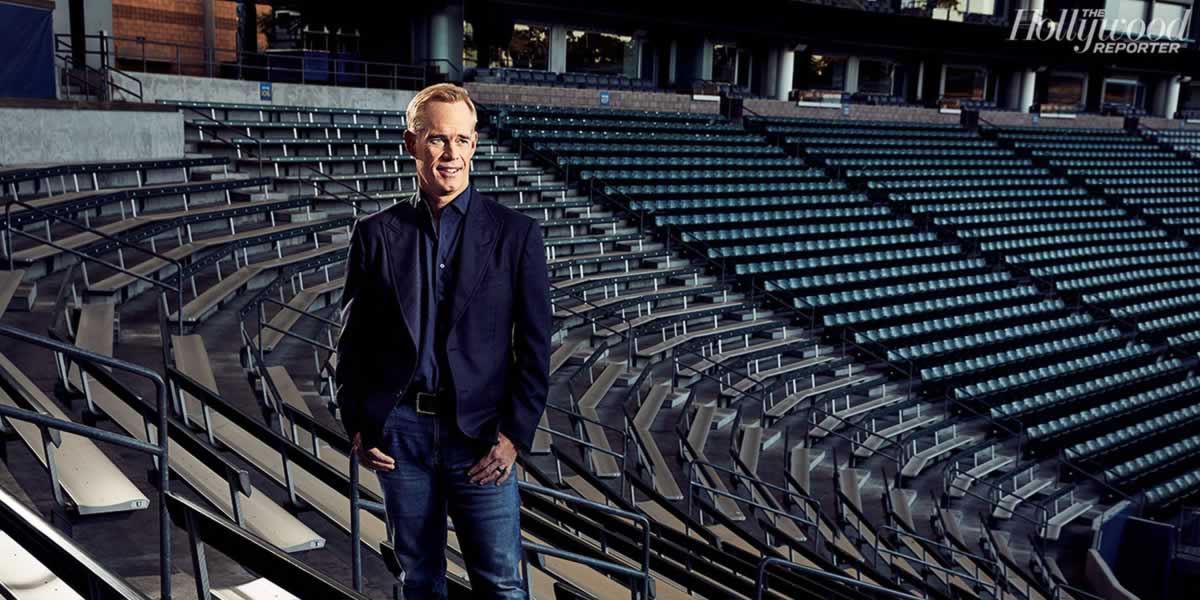 MIAMI – Famous sports broadcaster Joe Buck will be the voice for Super Bowl 54 and he’s holding a little written reminder with him for the game that reads, “HAVE FUN!!”

The last time the Kansas City Chiefs were in a Super Bowl over half a century ago, it was his father Jack Buck at the microphone. This will be the younger Buck’s sixth time calling the Championship Game.

The 50-year-old began his career at the age of 19 but spent his entire childhood alongside his dad Jack while the old man was hard at work. The elder Buck has called more Super Bowls in the history of the NFL than any other person in the field.

His son acquired a taste for the profession and decided to follow in his father’s footsteps which is where the “Buck Dynasty” was born. With the five, now six Super Bowls, Buck has also been the announcer for 22 World Series Championships with the MLB.

However, the stage for SB LIV should have an audience of about 100 million viewers or more, all listening to Buck. That’s where his trusty two worded note comes in handy.

“The enormity of the moment and the size of the audience can be overwhelming, if you let it be,” said Buck. “Being live to that size crowd for that long can add pressure. It’s a visual reminder of something I wrote on my board when everything was calm and quiet.”

Broadcasters get recognition by sportsbooks too! There are two prop bets available for wagers on Bovada for  SB LIV. The first bet asks the question: “Will Joe Buck Or Troy Aikman Say ‘Patriots’ During The Super Bowl?” The favored odds lie with “Yes” at (-325) while “No” is at (+215).

The next bet is “Will The Fox Broadcast Mention The Point Spread Or Total During The Super Bowl?” Odds are in favor of “No” (-180) while “Yes” is at (+140). No one at the Super Bowl can walk away without a prop bet placed on their heads.

Despite the pressure, he feels he understands that he has the best gig around and wouldn’t want to be doing anything else. Plenty of fans watching SB 54 would agree. In fact, some if not more people, will be talking about Buck tonight and how they’d do the job if they were in his shoes.

Everyone should have Buck’s “HAVE FUN!!” mantra when watching SB 54. He gets to be right up there to report the action but the viewers get the next best thing; they can watch with a pretty cool crowd of people and listen to Buck do his thing.

Super Bowl 54 begins at 6:30 p.m. EST from Miami. It will be broadcast on the Fox Network. The Kansas City Chiefs (-120) will take on the underdog San Francisco 49ers (+100). It will certainly be surreal knowing that the last time the Chiefs made the Super Bowl, the audience was listening to a Buck on-air as well.