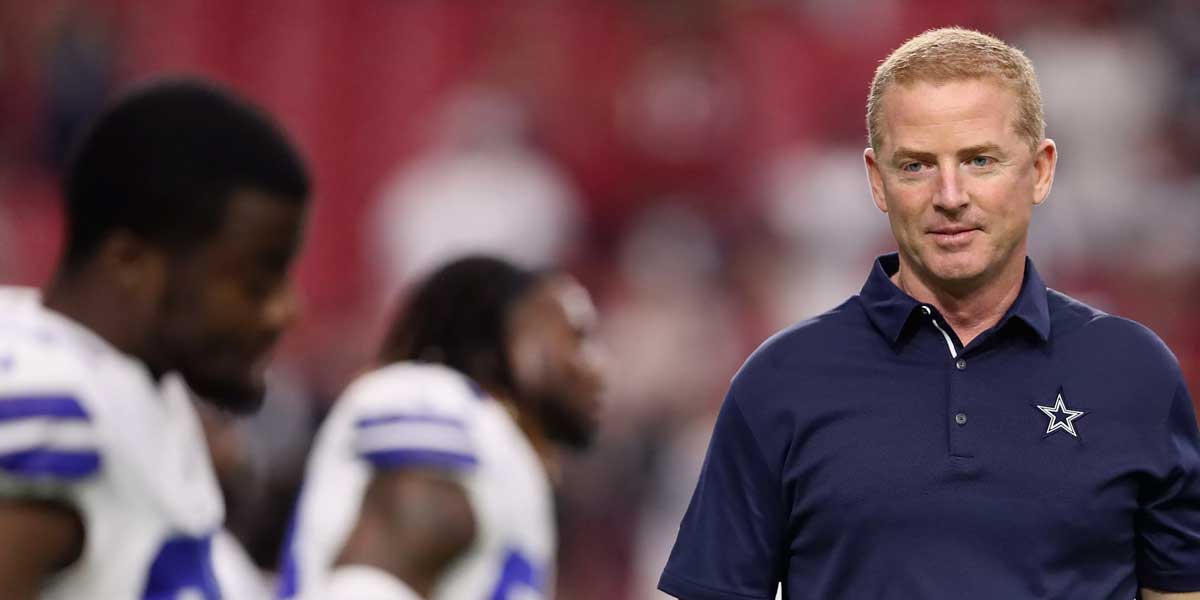 DALLAS – Dallas Cowboys head coach Jason Garrett has yet again found himself on the hot seat as his job security is in limbo. Although the Cowboys are in the first place of the NFC East and have a 6-5 record on the year, they’ve underachieved this season.

Even Cowboys owner Jerry Jones couldn’t hold back his frustrations with the team following their 13-9 loss to the New England Patriots in Week 12 saying “with the makeup of this team, I shouldn’t be this frustrated.

The owner placed most of the blame for the loss on the Cowboys' coaching staff and singled out the special teams unit.

The Dallas' special teams unit is what lost them the game against the Patriots. The unit allowed New England to block a punt that later turned into the game's only scored touchdown, while also adding in a muffed kickoff and a missed field goal. It was a brutal day for the Cowboys' special teams department, and it could get even worse for Jason Garrett if the Cowboys don’t make a deep playoff run this season.

The Cowboys have yet to beat a team with a winning record this season and a lot of the reasons why they’ve failed to record a victory in these games lead right back to the head coach.

Odds Garrett Will Be Dallas Cowboys Head Coach During Week 1

Jason Garrett will get to finish this season as head coach of the Dallas Cowboys because he’s earned that right as a tenured coach. However, after this season it’s likely that it’ll be the first time in a decade that the Cowboys head coaching position will be vacant. As for possible successors for Garrett, sportsbooks list former Ohio State Buckeye head coach Urban Meyer with the shortest odds at +300. Oklahoma Sooners head coach Lincoln Riley also has short betting odds to replace Garrett at +500. The Sooners coach would be a breath of fresh air from the conservative Garrett. The complete list of odds can be found below: 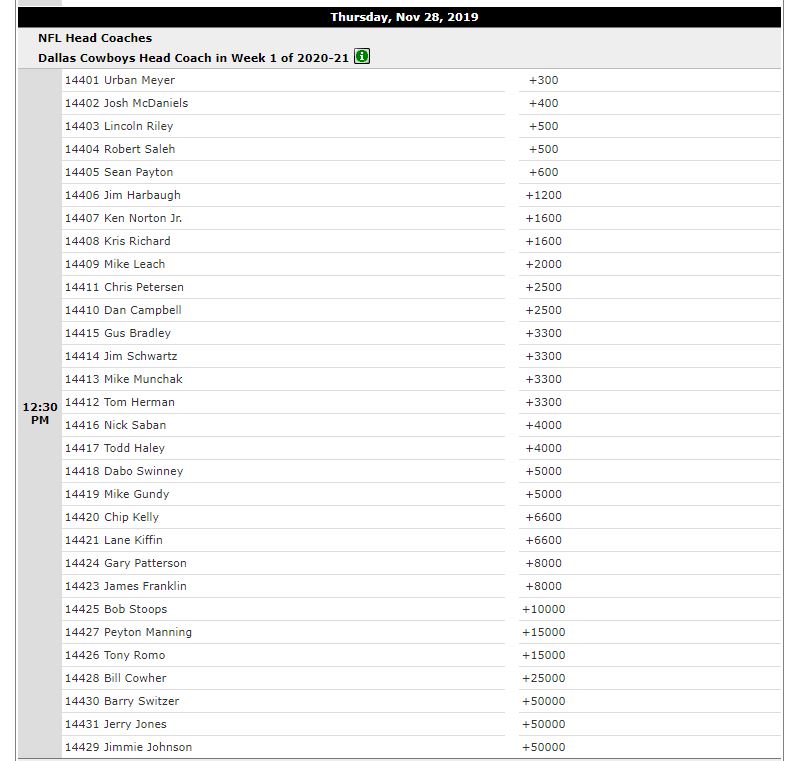