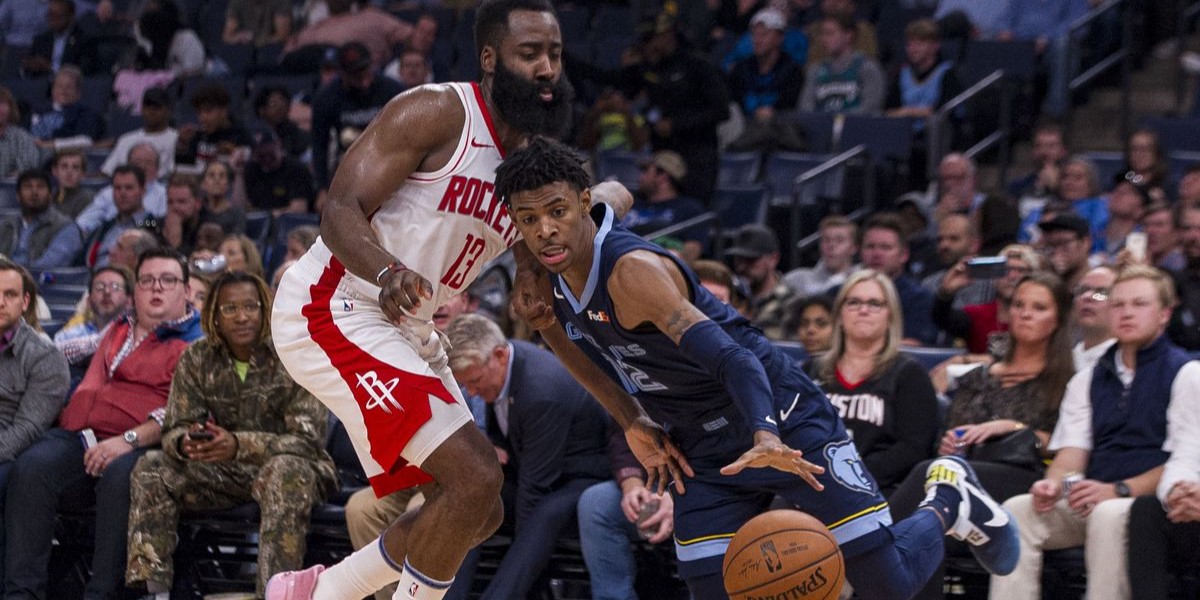 This will be the third of four games between the Grizzlies-Rockets this season and the teams have split the first two meetings with the latest victory belonging to the Grizzlies in a 121-110 victory in Memphis.

The Rockets are on a roll lately having won eight of their last ten games overall and are 11-point favorites to beat the Grizzlies at home. Placing a bet ATS is a bit of a risky play as Memphis has a 30-26-1 record ATS while the Rockets are sporadic with a 28-29 mark ATS.

Online sportsbooks moneyline odds for the third matchup between Memphis-Houston offer a nice return on the underdog Grizzlies with +520 odds. Memphis is led by Rookie of the Year favorite Ja Morant who’s listed at -560 odds to win the award.

The Rockets offense is the second-highest scoring team in the NBA averaging 118.6 points per game. Houston also shoots 44.1 three-point field goals per game so this could be a high scoring game no matter what the Grizzlies do offensively especially with James Harden and Russell Westbrook leading the way for the Rockets. This is why the 237 Over/Under point total for this game is likely to go Over.

Player Prop Bet of the Night

Houston guard James Harden is the leading scorer in the NBA averaging 35.3 points per game and expect him to eclipse his average tonight against the Grizzlies with his third straight game scoring over 35 points.

The online sportsbook BetOnline has player stat double odds of +163 if Harden scores more than 35 points and seven assists. This prop could also be parlayed with another Harden prop that 30 points, 8+ assists, and a Rockets win gets bettors a return on +171 odds.

After this matchup, the next time to catch the Memphis Grizzlies in action will be Friday as they host the Sacramento Kings. While the Houston Rockets will travel northeast to take on the Boston Celtics on Saturday.

The Grizzlies-Rockets matchup is scheduled for an 8 p.m. ET tip-off and will be broadcasted by ESPN.