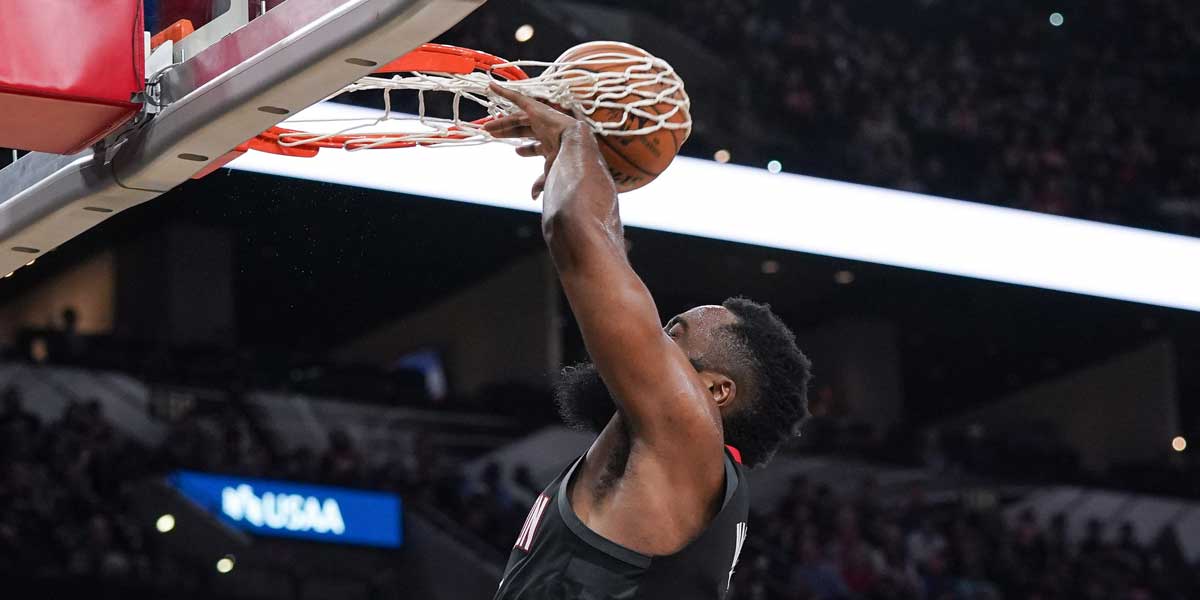 SAN ANTONIO - The Houston Rockets played an extra ten minutes in last night’s matchup against the San Antonio Spurs. A bad call on a James Harden dunk may have caused the extension of the game and affected some bettors tremendously.

Those betting on the Houston Rockets to win straight up at US sportsbooks may have taken the biggest hit. But, there are other betting lines that were affected as well.

With seven minutes left in the fourth quarter and the Rockets up by 13 points, Harden stole and dunked the ball which appeared to add on to the Rockets lead. Yet, the referees never counted the dunk. This caused a bit of controversy and the NBA is looking into it.

Although the Rockets (-185) headed into the game favored to win over the Spurs (+155), this small mistake caused both teams to go into double overtime. Double overtime had bettors biting their fingernails to see how this game ends. The Rockets losing this game by two points only makes this blown call even bigger.

Even with the blown call, Harden scores 50 points making it his 22nd game with 50 points or more. Four more games like this and he will pass Kobe Bryant as the third player with the most 50 point games behind only Michael Jordan and Wilt Chamberlain.

This overtime also played a part in solidifying a bet for the over to hit. The line was set at 226 points before the game started. With the game resulting in a 115-115 tie at the end of regulation, the over would've hit no matter how the referees called James Harden's dunk.

Double overtime also affects certain prop bets for players such as Lonnie Walker who finished the game with a season-high 28 points. With the NBA reviewing the call, the final decision affects many bettors especially those who took the Rockets to win straight up.