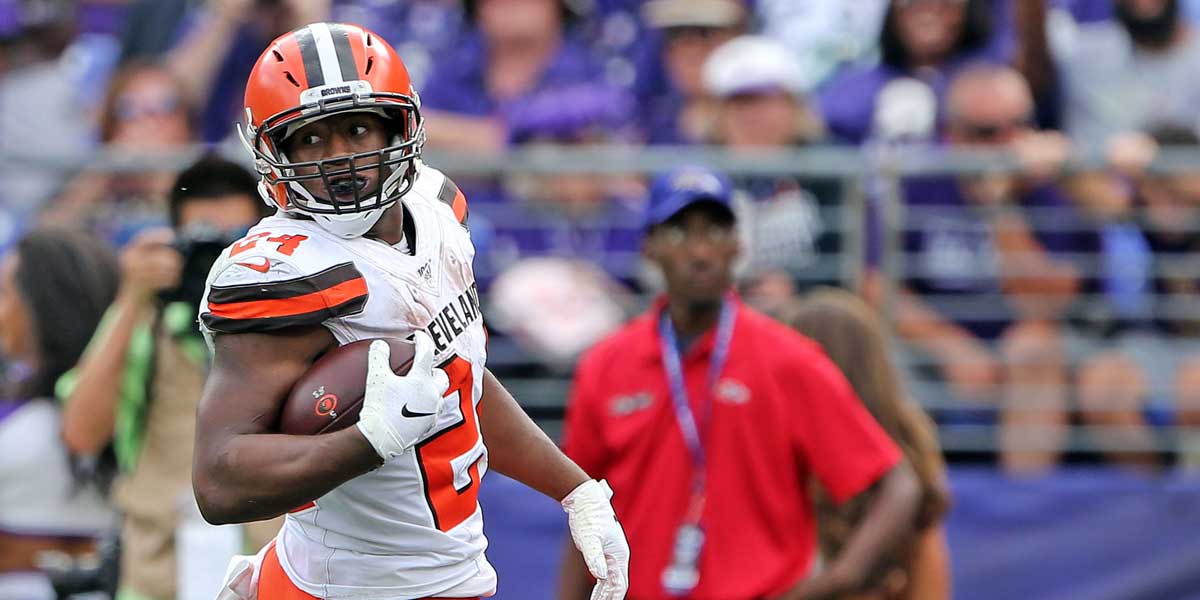 FOXBORO, Mass. – The New England Patriots are enjoying another 7-0 start to their season. In Week 8, the Patriots will have a promising opportunity to reach 8-0, as they host a disappointing Cleveland Browns team with a record of 2-4.

The Patriots (-700) come into this game as 12-point favorites at Gillette Stadium to beat the Cleveland Browns (+450) and win their 13th straight game dating back to last season. The O/U total for this matchup at US sportsbooks is set at 45.5. If you’re betting on the total, keep in mind that in four of the last five matchups between the Browns-Patriots, the total has gone Over.

This Browns team is loaded with talent on the offensive and defensive sides of the ball, but they haven’t lived up to their high expectations this year.

The New England Patriots defense has the most takeaways in the NFL this season with 22. This defense has been awarding the offense with advantageous opportunities all season long.

If the Browns are going to pull off the upset in this game, they’ll need to limit their turnovers against the best defense in NFL. Baker Mayfield has been a turnover machine this season as he leads the NFL with 11 interceptions. This means the Browns should be handing the ball off to running back Nick Chubb early and often to limit Mayfield’s turnovers.

The Browns have been plagued by turnovers all season long, and this could be the game they finally get take care of the football. If the Browns win the turnover battle, that will go a long way in trying to keep Tom Brady and the Patriots potent offense off the field.

Get The Ball Into Odell Beckham Jr’s Hands

If you want to win football games, you have to keep putting the ball in the hands of your best player. Quarterback Baker Mayfield should be looking to get the ball into Odell’s hands on just about every play in this matchup.

On the season, Odell Beckham Jr has 29 catches for 436 yards and one touchdown. Those aren’t good enough numbers for arguably one of the best wide receivers in the NFL.

The Patriots defense is great at taking away opposing teams’ top options and it can be assumed that Patriots cornerback Stephon Gilmore will be shadowing Beckham in coverage all game. However, that shouldn’t stop the Browns from manufacturing ways to get Odell the ball. If they can get creative and find different ways to put the ball in Beckham's hands with the opportunities to make plays, they’ll be able to come out of Foxboro with a win.

The Cleveland Browns defense has dealt with injuries to key players this season. They’ve been much better at defending the pass than stopping the run. For the Browns to pull off the upset in this one they’ll need their pass rush to keep putting pressure on Tom Brady. They’ll have to lean on Pro Bowl defensive end Myles Garrett who is tied for the NFL lead in sacks this season with nine.

Garrett and the Browns defensive line will have to wreak havoc on the Patriots injured offensive line if the Browns are going to beat the Patriots. As a team, the Cleveland Browns will need to get Brady out of the pocket and make him beat them with deep throws down the field. If the Browns can accomplish this, they have the talent on their roster to make this a closer game then many can imagine.

This Sunday Night Football matchup will kickoff at 4:25 p.m EST at Gillette Stadium and can be viewed on CBS.

After this game, the Cleveland Browns head west to take on the Denver Broncos, while the New England Patriots hit the road to take on the Baltimore Ravens.