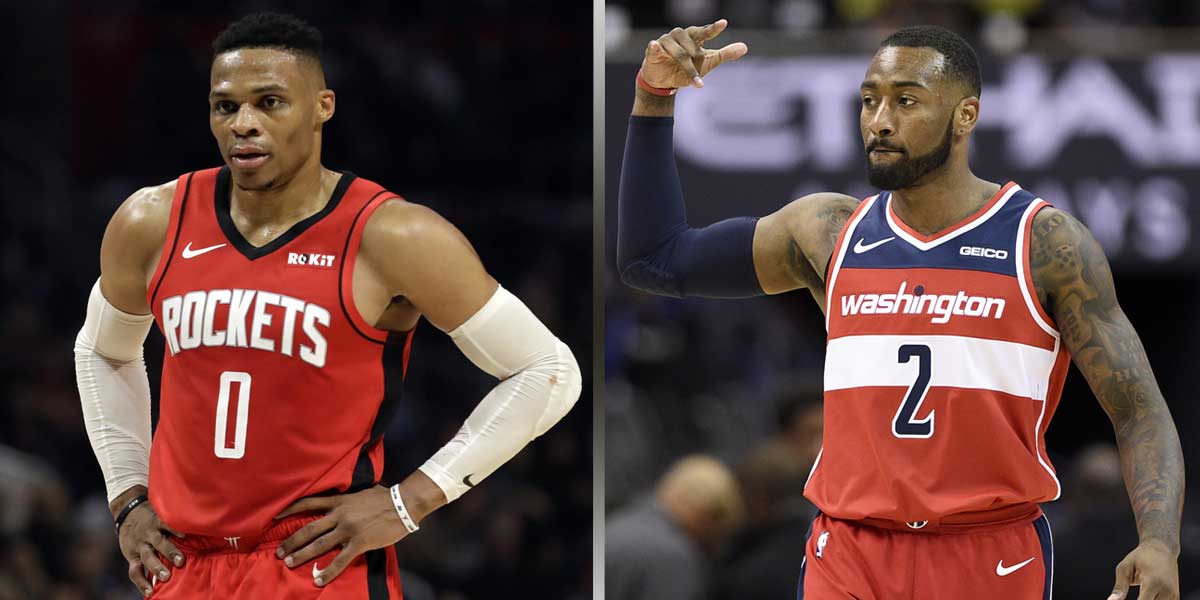 HOUSTON – On Tuesday night, the Houston Rockets agreed to trade their all-star point guard, Russell Westbrook, to the Washington Wizards in exchange for John Wall and a first-round draft pick in 2023.

With this trade now being processed, online sportsbooks have shifted all of their odds for both the Washington Wizards and Houston Rockets including their odds to win the NBA Championship, Eastern and Western Conference Championship as well as their win totals for the season.

Starting with the Rockets NBA odds, all of them have shifted in the wrong direction.

Being that John Wall is not the player he once was, him not playing in almost two years certainly influences the value of the players.

The Rockets opened up the season with +2200 odds to win the NBA championship which was the 10th shortest. Now, they sit at +4000.

As for their Western Conference Championship odds, they have gone down from +1500 to +2500 as well.

Expected to win over 50% of their games, not much changed for the Rockets’ projected win total, moving from 37.5 to 35.5 wins.

This might not seem like a big change, but with the season being shortened from 82 games to 72, each win means much more.

It is clear that the expectations for the Rockets are not as high heading into the new season following the trade.

As for the Wizards side of the trade, they are bringing in a former MVP and triple-double machine in Russell Westbrook to pair up with a scoring specialist in Bradley Beal. Directly following the trade, Washington has seen their odds actually take a turn for the better which means that there are high expectations on the new duo heading into the 2020-2021 season.

Looking at both their odds to win the NBA Championship and the Eastern Conference Finals, they have seen both of them shift in the right direction.

The most intriguing shift, however, is the bump they got on their season win totals. Set at 28.5 wins up to 33.5 wins, the Wizards could be looking at a potential playoff push.

This is still a wait and see game for the Wizards as they are desperately looking to turn the page from John Wall. Bettors who are looking for a nice longshot bet to make could possibly consider the Wizards once they get a few games under their belt.