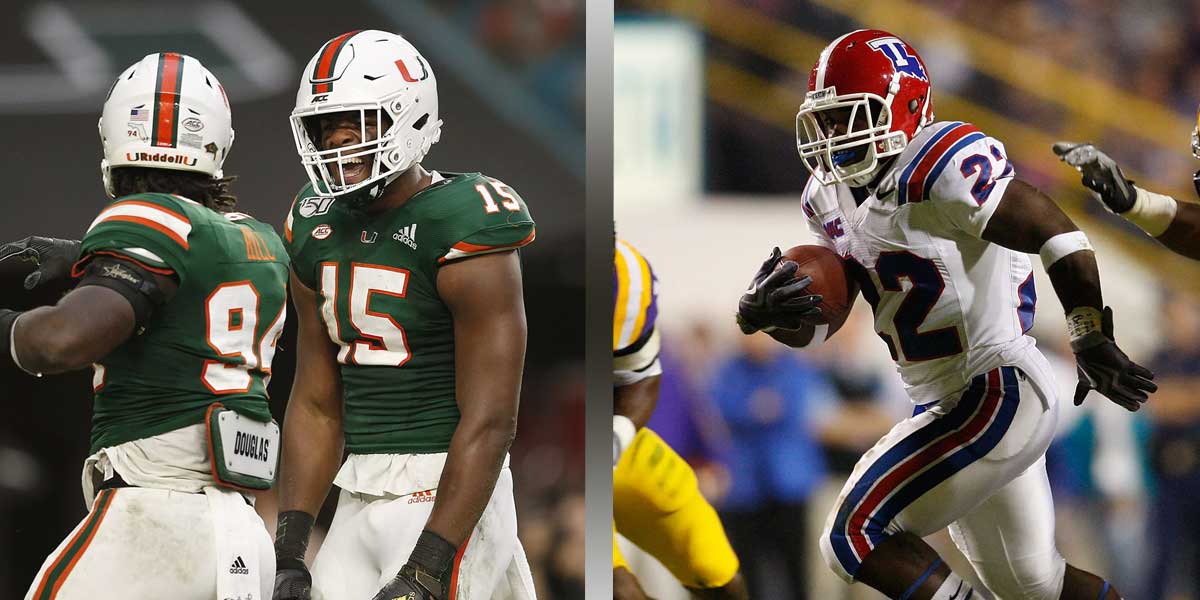 SHREVEPORT, La. – The Miami Hurricanes enter the eye of the storm as they take on the Louisiana Tech Bulldogs on Thursday in the Independence Bowl.

The Hurricanes have struggled this season, and enter the game barely bowl-eligible at 6-6. The Bulldogs, on the other hand, are 9-3, and looking to lock up their first 10 win season in decades.

However, this game could turn from a welcome reunion into a nightmare for Diaz.

Miami enters the game in disarray. The first year of Manny Diaz’s coaching tenure has not quite lived up to the swagger he projected in the offseason. The 6-6 Canes lost their last two games in embarrassing fashion, and the losses were so impactful that as of yet, they haven’t named a starting quarterback for this game.

More than that, the competition for the job is more than just Jarren Williams and N’Kosi Perry, the quarterbacks that have started for Miami this season. Tate Martell, a redshirt sophomore who has played snaps at wide receiver, is also under consideration for the job.

Miami, despite this, enters as the favorite, favored by 6.5 points. They are 6-6 not just overall, but ATS. Their mediocrity has even extended to the spread, which should be noted by college football bettors.

Louisiana Tech enters this game as the underdog but is having its best season in a long time. The Bulldogs are 29th in the nation in points per game, 44th in points allowed, and their 9-3 record is an impressive one.

However, weight must be given to the fact that they play in Conference USA – their strength of schedule is -2.51.

The Bulldogs are led by quarterback J’mar Smith, who only played in 10 of their games during the season, but amassed excellent numbers: 2,814 passing yards, 65.8% completions, and an impressive 8.3 yards per attempt.

Head Coach Skip Holtz is aiming for his first-ever 10 win season, and the Bulldogs have every reason to come into this game fired up. They might not be able to match Miami’s talent across the board, but they are a good college team, and Miami has certainly lost to worse.

Make no mistake, the Bulldogs are a deserved underdog. Miami has more talent everywhere, except perhaps the quarterback position, where Smith likely outshines whoever Miami’s starter ends up being. That said, one thing to keep in mind is how familiar Miami’s staff is with Smith, who has been at LA Tech for five years.

Whoever wins the game, USAOnlineSportsbooks.com knows it should be excellent. An underdog on the rise against a struggling former power – what could be better?