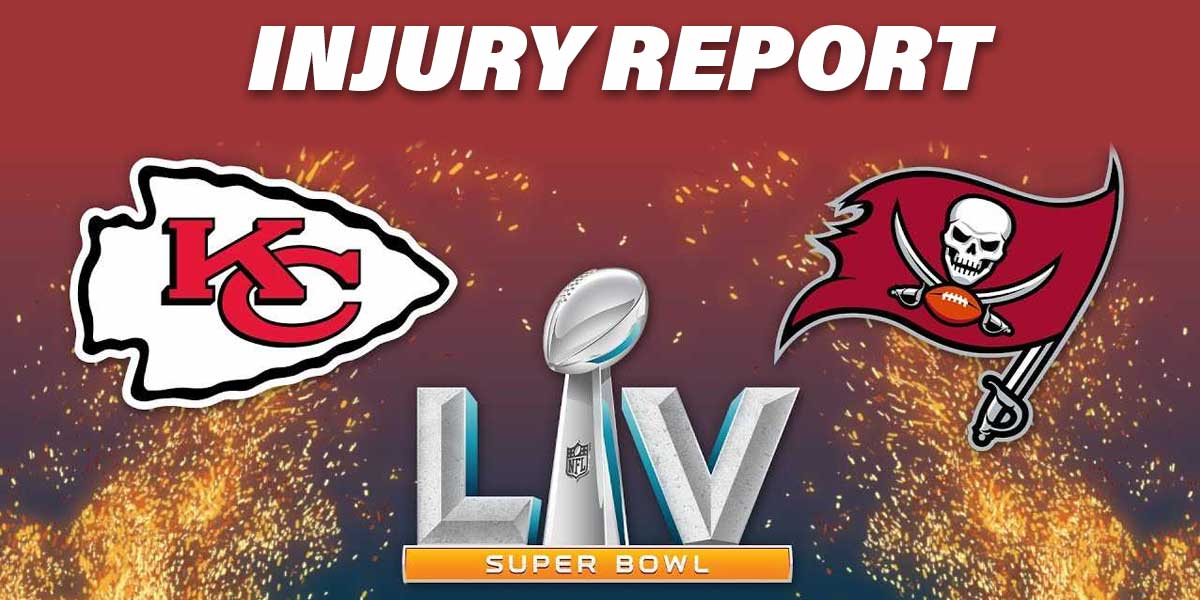 LAS VEGAS - Super Bowl LV between the Kansas City Chiefs and the Tampa Bay Buccaneers is set to kick off at 6:30 p.m. EST.

The matchup is highly anticipated, but there are a number of high profile potential injuries that could impact the game.

Several big name players were listed as questionable during the week, so even if they are cleared, their lingering injuries could impact the game.

All three of these players are starters on their teams, and they’re important pieces of the receiving corps of both the Chiefs and the Bucs.

Brown is the WR3 on the Bucs, but he’s been consistent since he joined the team, while Brate has been a quality TE in the receiving game for a few years now.

Brown did practice on Friday, while Brate was unable to suit up at all.

Sammy Watkins is the likely WR2 on the Chiefs, although between him, Mecole Hardman and Demarcus Robinson, it can be hard to predict who gets the most touches.

Brown has a knee injury and Brate has a back injury, while Watkins’ calf injury has kept him out for a significant portion of the season.

That said, according to Adam Schefter, the trio is likely to be suited up and playing on Super Bowl Sunday.

As is clearly evident from their O/U’s, while none of these players are expected to be gamechangers, the sportsbooks expect all of them to play important roles for their teams.

The final injury report revealed that all three of these important players would be suiting up for Super Bowl LV.

Chiefs OL Eric Fisher will be out for the game after suffering an injury in the 4th quarter of the AFC Championship Game.

Fisher was the best remaining offensive lineman on the Chiefs after Mitchell Schwartz went down in Week 6.

Without both of them, the Chiefs may struggle to stop the powerful Bucs defensive line.

Finally, Bucs S Antoine Winfield, who missed the NFC Championship game, will be active for this game, and is not on the injury report at all.

Fellow S Jordan Whitehead, who was injured in the third quarter of the NFC Championship Game, has also not appeared on the injury report, meaning the Bucs secondary will get a solid boost.

Mahomes has a truly titanic yards O/U line in this game, but with the loss of Fisher and the return of Winfield and Whitehead, are the Bucs in a better position to stop him than many think?

Bettors have only a few more hours to put their money where their mouth is.