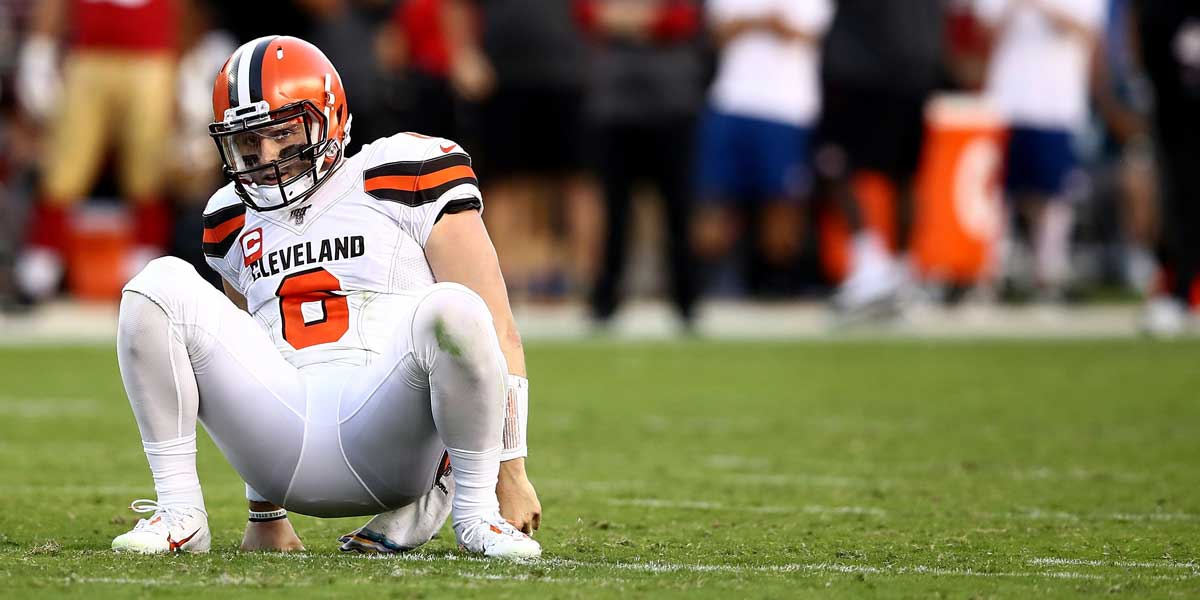 TALLAHASSEE, Fla. – On Tuesday, Colin Cowherd took to the airwaves to voice his displeasure regarding Baker Mayfield. The Fox Sports pundit has been a long-time critic of the Cleveland Browns’ quarterback but after the Browns’ dreadful Monday Night Football performance, Cowherd went on the offensive.

Mayfield’s accuracy certainly seems to be the real issue at hand here, as Mayfield during his rookie season last year completed 64% of his passes.

Many experts have turned to the offensive line as the issue, citing that trading for Odell Beckham Jr cost the team the necessary pieces to protect Mayfield.

However, according to NextGen stats, this couldn’t be further from the truth. On the season, Mayfield has averaged the 36th longest time to throw the ball of any quarterback in the league. At 2.96 seconds, Mayfield has plenty of time to read his progressions and find the open player.

In the game against the San Francisco 49ers, Mayfield was sacked four times but none of those four sacks came quicker than 3.6 seconds. In terms of how quick the defenders brought him to the ground, no Niners’ players were on the top of the list for the week.

Instead, the focus turns to the wide receivers, who could take some of the blame for Mayfield’s struggling performances. Not only did Antonio Callaway drop a goal-line pass that was intercepted against the Niners, but the “star” receivers on the team have been playing like everything but that.

Both Odell Beckham Jr and Jarvis Landry are well in the bottom ranks in terms of their catch rate. At 56.41%, Jarvis Landry catches passes thrown his way worse than 82 other receivers and tight ends. As for Beckham, his 53.49% catch rate ranks him just below at 89.

Can The Browns Turn Around Their Season?

Despite the 2-3 start to the season, the Browns still have hope to make the playoffs or even win the AFC North (+175).

Even during Cowherd’s rant, he exclaimed how there was still a chance for the Browns to turn it around.

“I’m not saying the season’s over. It’s not, there’s good news on the horizon for Cleveland,” said Cowherd. “But that was embarrassing”.

The combined record of the teams the Browns still must face during the season is 20-33-1. As, the Browns will face off against the Miami Dolphins, Cincinnati Bengals (x2), Pittsburgh Steelers (x2), and Arizona Cardinals, there will be plenty of opportunities to improve their record.

As of now, oddsmakers at US sports betting sites expect Mayfield to complete 22 passes (EVEN) for 278 yards (EVEN) and pass for two touchdowns (-110).

Tune in to the 1 p.m. EST game between the Seahawks and Browns to see if Mayfield can quiet the critics. The game will be broadcasted on FOX.