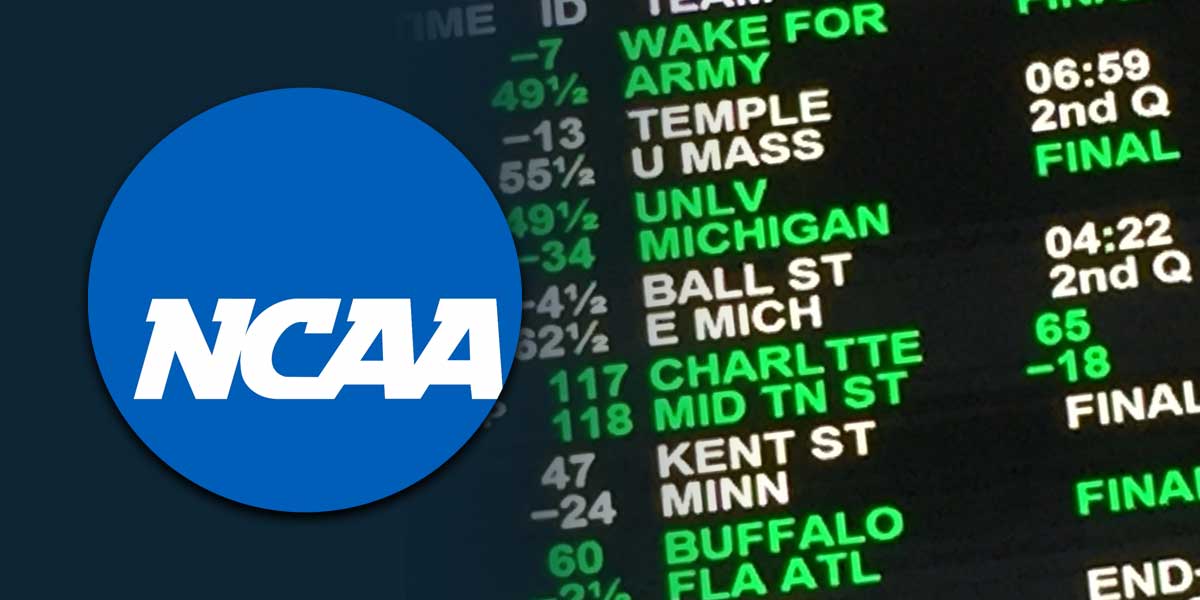 TALLAHASSEE, Fla. – It is well known that the National Collegiate Athletic Association (NCAA) opposes sports betting and everything that comes along with the gambling hobby. However, as much as the sports organization wants to discredit the product, the industry serves to benefit them.

Potential betting scandals can happen no matter if gamblers use offshore sportsbooks, or in-state licensed products. However, keeping them in the forefront allows the NCAA to better monitor any irregularities to ensure the integrity of their contests.

There is no surprise that the NCAA wants to remove themselves from gambling discussions. However, the league may be unaware that with or without them, sports betting is going to happen and the NCAA will reap the benefits either way.

The NCAA has always been against sports betting, as they threatened the state of Oregon in the 1990s with a postseason tournament ban if they still offered a parlay-style wagering game.

The NCAA was also one of the main proponents of a 2001 federal bill looking to ban collegiate sports betting, and though the bill never passed, it still proves their history against sports wagering is true. But now, 12 states have legalized sports betting and another handful are to launch industries by next summer at the latest.

"Sports wagering is going to have a dramatic impact on everything we do in college sports," said Mark Emmert, the NCAA’s President. "It's going to threaten the integrity of college sports in many ways unless we are willing to act boldly and strongly."

With that, the NCAA started “The Board of Governors Ad Hoc Committee on Sports Wagering.” This committee will focus on the potential impact on NCAA rules, and everything else tied into sports betting. But should the committee also investigate how to better and safely monetize sports betting? They would be foolish not to.

Again, the NCAA will make money regardless of their stance on sports betting. For example, studies have proven that anyone with action on a matchup is more inclined to watch that game until the end versus somebody who doesn’t have money on the line. With more involved viewers, not only do TV ratings increase, but more fans will be watching commercials and reading advertisements at stadiums throughout the course of the game.

With this engagement, broadcast rights and network packages would see a major increase in costs and bidding wars. For the NFL, the American Gaming Association found that sports betting will increase the NFL’s revenue by roughly $1.8 million with this support. With the NCAA having a shorter yet similar season and a variety of bowl games near the end of the year, it is safe to say they would see a boost in kind.

Official league data is another outlet that the NCAA could profit from, whether they are involved or not. Already, states like Illinois and Tennessee require their sportsbook operators to use official league data, which lines the pockets of the NCAA off the bat.

These data deals often are multi-million dollars, spanning the course of several years. Partnerships would provide the NCAA a sizeable chunk of money for doing nothing more than having some team names and logos branded on a sportsbook’s app.

Falling in line with data is injury reports. While the NFL requires the teams to post up to three injury reports per week involving an athlete’s health, there is no such merit in the NCAA. While some conferences support this league-wide mandated injury report, others have taken a strong stance against it.

The previously mentioned committee discussed the possibilities of adding a mandated injury report but shot down the idea earlier this month.

Standardized injury reports will not be implemented this season after the NCAA explored the possibility in response to the rise of legalized sports bettinghttps://t.co/5nkZ2DKq6M

As an organization that is designed to protect student-athletes and keep the integrity of the game, inserting injury reports seemed like a no-brainer. As long as insider information is available, the information will be delivered outside in some form or capacity.

In other words, by not forcing teams to post their players’ injuries, it leaves the possibilities open for those with knowledge to sell, offer, or be coerced into releasing this information – something that no sports bettor would have on hand. The uneven playing field could be combatted by injury reports, and it would help increase TV ratings (and potential profits) as everyone could research more betting information and tune in to a variety of shows as well as the games.

As the NCAA is leaving money on the table left and right around sports betting, the question remains, how long will the NCAA sit on the sports betting sidelines? They already have teams that play in casino-sponsored stadiums (Miami Hurricanes in Hard Rock Stadium) and now allow for postseason tournaments to be played in states with legal US sports betting.

There is no doubt the NCAA is and will continue to make money from the industry, but it seems crucial to form their own sponsors and partnerships to ensure they are reaping all the benefits. They are a business after all. But no matter what their policy states, sports betting is amazing for the NCAA and any engagement with the league means more money for all involved.