Skip to content
USA Online Sportsbooks | Sports Betting | Is It Time To Bet On Tom Brady And The Tampa Bay Buccaneers? 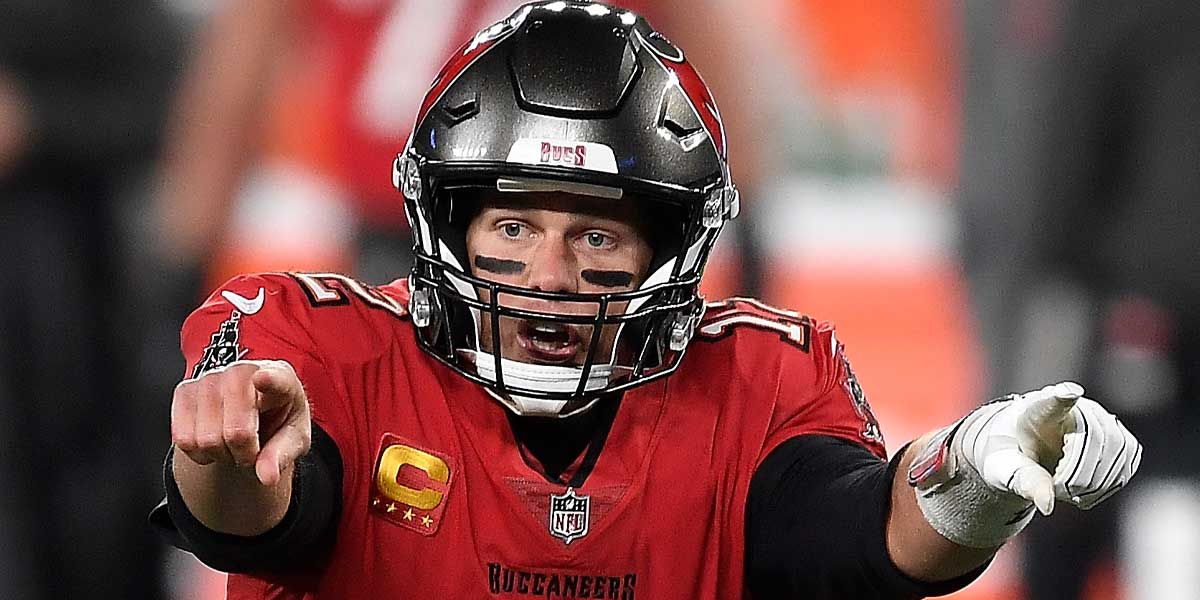 The Bucs, who only a few weeks ago were the third ranked team on the NFL Super Bowl futures betting boards, are now fifth.

After the signing of Antonio Brown, and the dismantling of the Green Bay Packers, the Bucs were hovering around +650.

They’re now at +1100, which raises the question: Is now the time to bet on the Bucs?

In order to answer this question, we’ll take a look at their chances to make the playoffs, their statistical profile, their talent and their schedule.

Right now, the Bucs are 7-4, and have lost both of their games against the New Orleans Saints, a division rival.

Assuming this holds, and the Saints end up winning the NFC South, what does that say about the Bucs chances as a wild card team?

They have a very good shot at making the playoffs as a wild card team, but will have to contend with at least two good teams from the NFC West (whichever of the Seahawks, Rams and Cardinals does not win the division).

In NFL history, only six wild card teams have ever won the Super Bowl and Tom Brady’s success was built on a foundation of never playing in the wild card round.

If the Bucs can’t win their division, history suggests that they will be unlikely to win the Super Bowl.

That said, they do seem likely to make the playoffs as of right now, which is the first step.

Here’s where there’s some good news for the Bucs. Their offense does seem to be legit, putting up 29.1 points per game, good for sixth in the league.

This puts them above teams like Arizona and Buffalo in terms of total points scored, which is quite interesting.

Both of those are in the bottom third of the league in their respective categories, which is an interesting place for a team to be.

They average one of the lowest yards to point ratios in the league, with 12.3 yards per point. That seems to track with what the Bucs are this year - a team that either gets rolling or doesn’t get rolling.

They intersperse excellent offensive play with interceptions and three and outs - a recipe for a low yards/point ratio.

Here we come to the real reason that many people will still want to bet at online sportsbooks on the Tampa Bay Buccaneers - they make so much sense on paper!

The Bucs are fielding the GOAT QB in Tom Brady along with three truly elite receivers in Mike Evans, Chris Godwin and Antonio Brown.

Given the theoretical strength of their passing attack, the numbers from the previous section are cast into a much harsher light.

They have the GOAT QB and three elite receivers and they’re still in the bottom third of the league in yards per pass attempt.

That’s flat out bad, and speaks to deep problems on the offense.

When one goes back and looks at it, the Bucs 7-4 record looks a lot worse than it seems at first glance.

Team The Bucs Have Beaten:

Five of those wins are against the dregs of the league, with only the GB and LV wins looking remotely respectable.

Teams The Bucs Have Lost To:

So, overall, the Bucs have played six games against teams that are .500 or better. They have lost four of those games.

So, is it time to bet on the Bucs to win the Super Bowl? In terms of value, sure, the Super Bowl odds are better now than they were a few weeks ago, but there are a lot of reasons to be skeptical of them right now.

Even further, the odds might drop even more the next time the Bucs play a .500 team – which is this weekend they face off against the Kansas City Chiefs on Sunday.