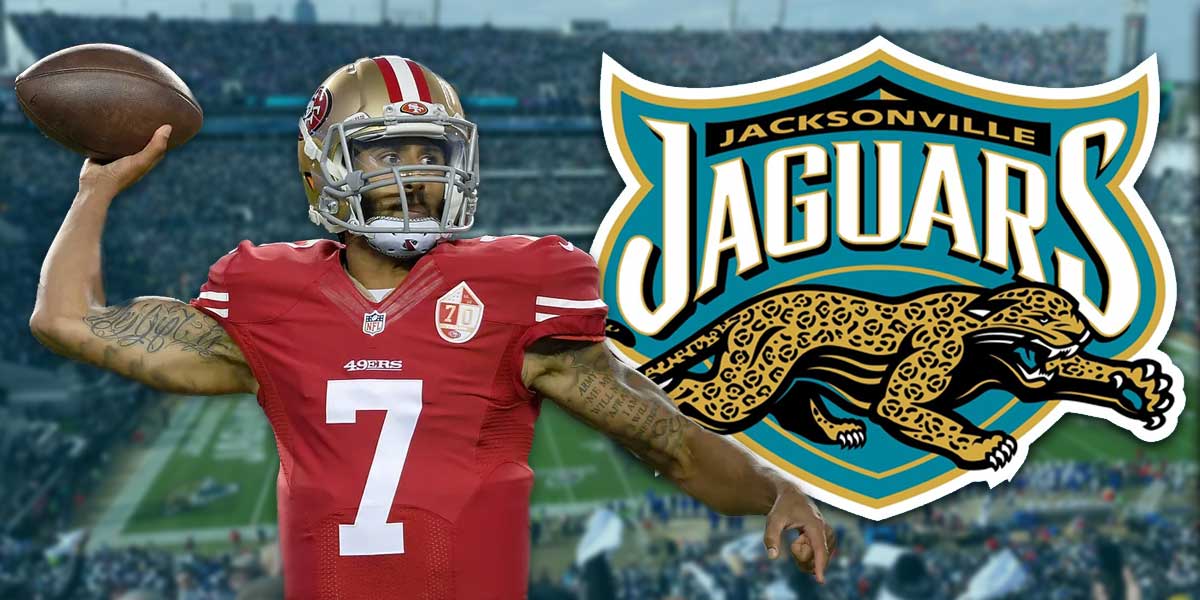 TALLAHASSEE, Fla. – During the first quarter of the first game of the regular season, the Jacksonville Jaguars lost their starting quarterback to a broken clavicle. The $88 million-dollar man, Nick Foles, is what has kept the Jaguars remotely in the conversation for the AFC South division title. Now Jacksonville, without a legitimate backup to their second string, must scrounge free agency to find quarterback help.

Enter: Colin Kaepernick. It could get better for the Jaguars' roster which currently has Gardner Minshew as the penciled-in starter, along with recently traded for quarterback Joshua Dobbs. Granted its only Week 1, the Jaguars need solid quarterback help and they need it fast.

Just five days ago Jacksonville was sitting in a close second behind the Houston Texans (+170) with +230 odds to win the AFC South. As of today, they are firmly in last place at +450 odds, with even the Colts sitting ahead of them after losing Andrew Luck to retirement. This is where Jacksonville could find stability in having Kaepernick on the roster.

What Can Kaepernick Provide?

The free-agent quarterback, now 31, has reportedly kept in great shape since his last stint in the league in 2016 and is NFL ready. For his career, Kaepernick has 58 starts with a 28-30 record. He has also thrown 72 touchdowns and only 30 interceptions, adding another 13 scores and 2300 rushing yards on the ground.

Minshew and Dobbs, however, have a combined zero starts and six total games of regular season action between the two of them. Kaepernick is by far the more experienced quarterback replacement until Foles is ready to return.

Jaguars Would Be Smart To Move Quickly

Until the quarterback situation is addressed, Jacksonville will continue to suffer offensively. In Week 2, the Jaguars will be playing division rival, Houston Texans, in a game where they could really use a victory. After a loss to Kansas City, Week 2 provides the Jags an opportunity to get ahead in the division race against a team who’s projected to win it. Because of the Foles' injury, Jacksonville is now listed as an 8.5-point underdog ahead of Sunday’s matchup at online sportsbook in the USA.

It also doesn’t help that the Jaguars are 1-4 SU in the last five road games in Houston. And just like five of Jacksonville’s last seven match-ups in against AFC South teams, take the UNDER here as the Jags offense will have their hands full with Houston’s stingy defense. Until the situation at quarterback can be patched up with a player of Kaepernick’s caliber, the playoff hopes in Jacksonville could fade and fade quickly.