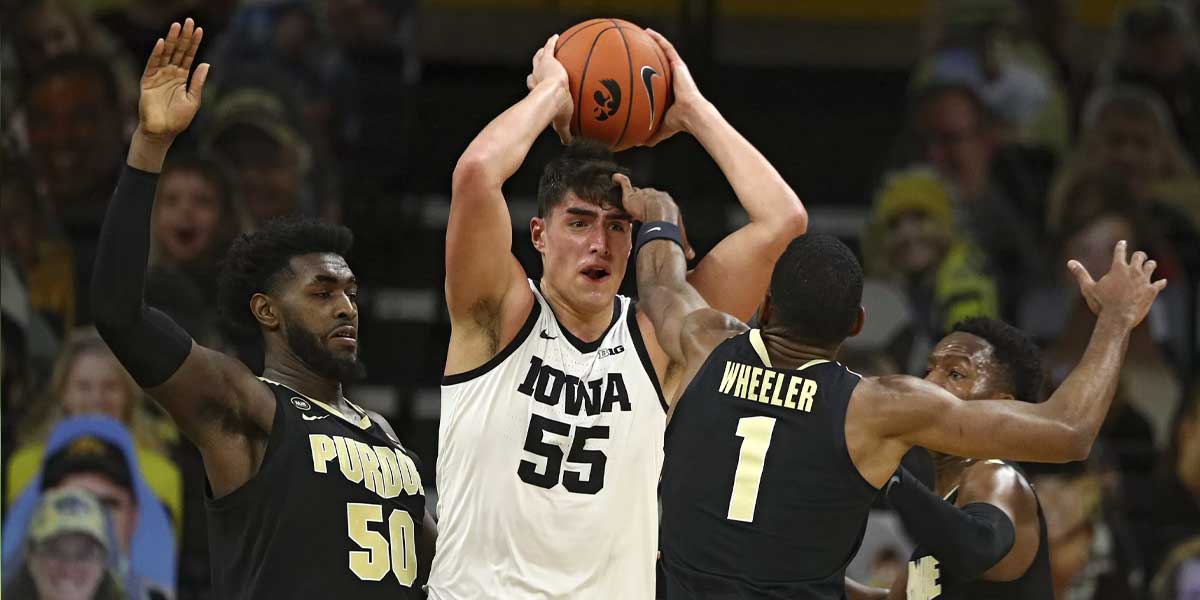 IOWA CITY, Iowa – With over a month to go until the NCAA Tournament, College Basketball’s best player could very well already be decided.

Iowa Hawkeye senior forward Luka Garza is the heavy favorite to win both the John R. Wooden Award and the Naismith College Player of the Year award, given annually to the best player in college basketball.

It is no surprise that Garza is the heavy favorite to win both awards on odds currently available via the major online sportsbooks.

In the past, many players have won both during the same season.

Last year as a junior, Garza was named a consensus All-American and won the Big Ten Player of the Year award. Now, in 2021, it appears that Garza has elevated his game to a new level, including a 36 point half back in November.

While these awards are surely Garza’s to lose, the results will likely hinge on the performance of his Iowa Hawkeyes team coming down the stretch.

Currently, Iowa is ranked #4 in the AP Poll. Those looking to bet on college basketball can find the Hawkeyes in action against the Indiana Hoosiers on Thursday night.

If Garza continues to play the way he has, this Iowa team could do some major damage once March Madness rolls around. Additionally, Garza could be working his way into a high pick in the 2021 NBA Draft.