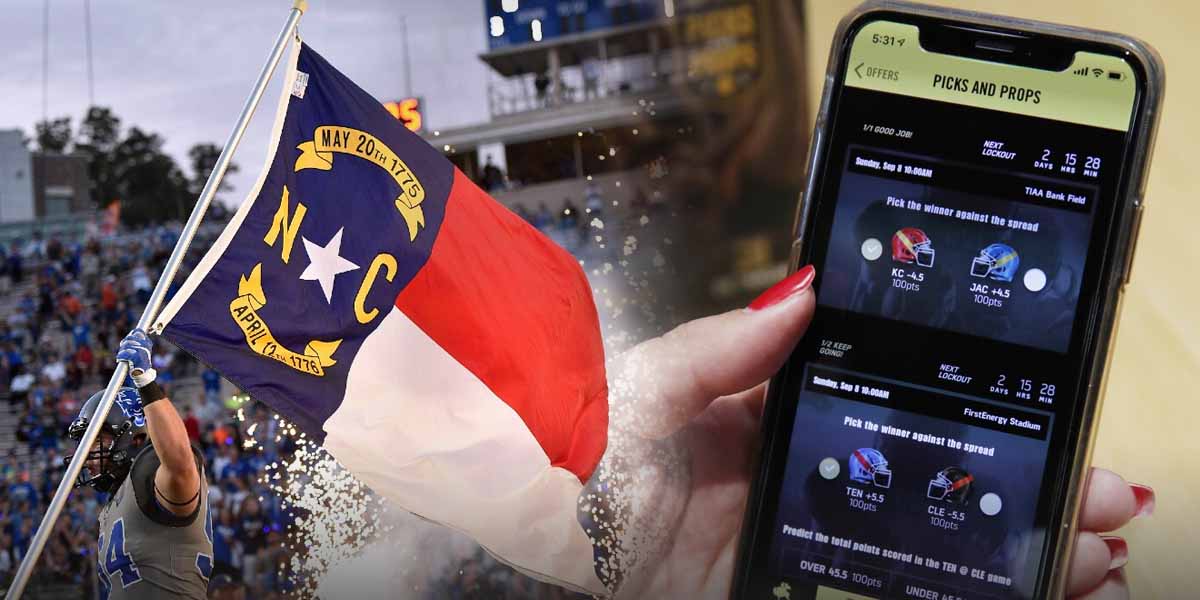 RALEIGH, N.C. – Senate Bill 688, which would regulate online sports betting in NC, is tipped to pass the state legislature in North Carolina in the current legislative session.

The session runs until June 30, 2022, which means there are approximately three weeks and a few days left to get the bill to the desk of Governor Roy Cooper.

“We just want to make sure we have drummed up the votes, and I think we have,” Sen. Paul Lowe said to local radio station WRAL. “I feel confident about it,” Lowe added.

The bill has received support from both parties. Lowe, a Democrat, is backing it, as is Rep. Jason Saine, a Republican, who sponsored SB 688 in the House.

Saine addressed concerns over online sports betting revenue being too low, noting that it was not a panacea, but still a useful tool to raise money.

“We’re not looking for it to be some problem solver, but we do want to get our share of the revenue,” Saine said. “If it’s competitive and comparable in that sports betting space, no one is arguing against that.”

How Much Money Will NC Bring In With Sports Betting?

Per WRAL, North Carolina’s estimate for sports betting revenue is that the final number will be between $8 million and $24 million in the first year of operation.

Of that, a bit less than half would end up going into the North Carolina General Fund, while the remainder would be split between the North Carolina Lottery, problem gambling solutions, and a new NC Major Events, Games and Attractions Fund.

50% of sports betting revenue would go into this last category, which is earmarked to bring new sporting opportunities to the state.

One major issue for sports betting revenue in North Carolina will be whether or not the sports betting operators in the state will be able to deduct promotions from their taxable income.

Steve Brubaker, an analyst on the subject, spoke to WRAL and noted this as a common way the sports betting industry dodges what many novice observers may assume to be clear cut tax obligations.

“That’s the game the industry plays. Negotiate a tax rate, then they also want to put in promo deduction, then they don’t tell lawmakers what it does to the tax rate,” Brubaker said . “I understand why the business wants that. I want to deduct everything I possibly can.”

SB 688 would allow for as many as 12 sports betting operators in NC, and each of them would be offering varying amounts of promotional money to players.

12 operators all deducting their large promotions – competing not only with each other for players, but with offshore sportsbooks – could severely hamper NC’s revenue in the first year of operation.