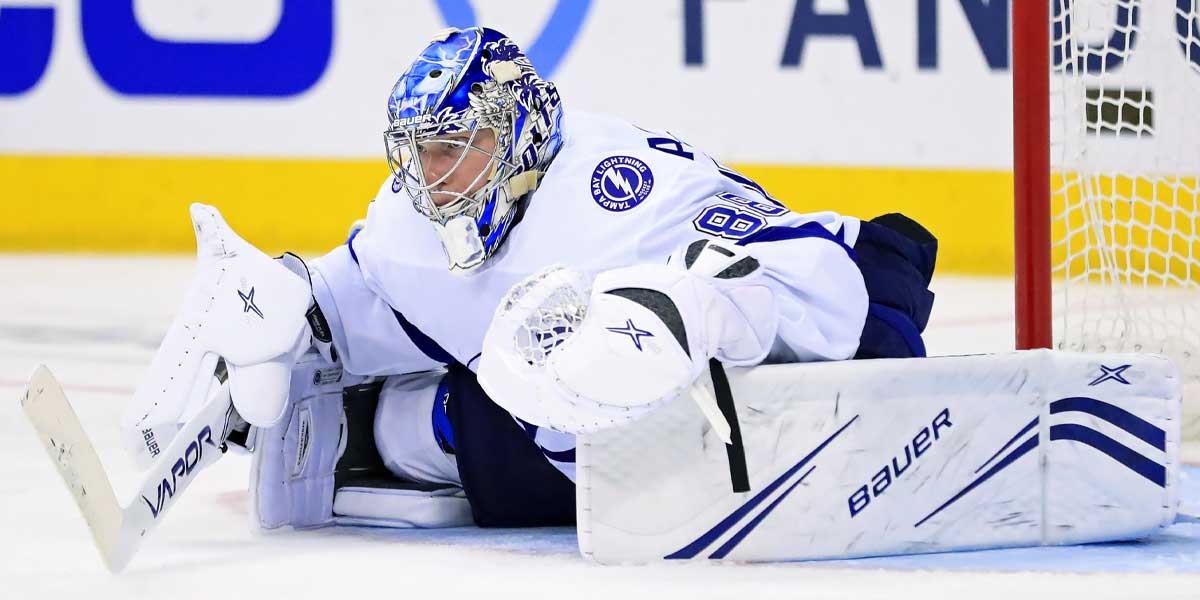 EDMONTON, Alberta – The NHL Stanley Cup Finals are nearly set, with the Eastern Conference Finals coming down to the final games.

Game 6 of the series between the Tampa Bay Lightning and the New York Islanders drops Thursday night, with the Lightning leading 3-2.

Tampa Bay will be going for their second attempt to close out the series after losing Game 5 in a double-overtime thriller 2-1.

That game broke the Lightning’s undefeated run in overtime games throughout the playoffs, sending major momentum back towards the Islanders for this next match up.

Betting odds and lines are now available for the game, with the Lightning getting the edge on most of the major online sportsbooks.

History does not favor the Islanders in this setting, despite their gutsy win to extend the series in Game 5. Once being down 3-1 in the series immediately preceding the Stanley Cup Finals, only one team in NHL history has come back to win.

That team was the New Jersey Devils in 2000, who went on to win the whole thing.

Interestingly enough, the general manager of that Devils team was Lou Lamoriello, the current boss in charge of the New York Islanders.

Those subscribing to acts of voodoo and astrology will claim that the Islanders’ comeback is written in the stars due to this fact, but the team still faces an extreme challenge on the ice Thursday night.

It took all the Islanders had to edge out the victory in double overtime, and the hockey bookmakers still have full faith in the Lightning to take this game.

A huge factor for Tampa Bay will be the presence or absence of centerman Brayden Point. Point is dealing with an injury that forced him out of both Game 3 and 5, which happen to be the two contests that the Islanders won.

Point is the catalyst for Tampa Bay’s best offensive line where his precise passing and overall playmaking creativity has been on full display throughout the playoffs.

Brayden Point is a brilliant hockey player. What an array of moves he's been hitting people with this postseason pic.twitter.com/GaxxTgxxbR

With Point in the game throughout the overtime periods, it doesn’t take a far throw of speculation to see the Lightning coming out ahead in the previous game.

At the time of writing, Point still remains in question for Thursday’s game. The decision for him to play could be worth the wait for hockey bettors looking to find the edge on this game.

Speaking of hockey bettors, those who believe that the Lightning are the best team remaining in the playoffs have limited time left to get good odds on a Tampa Bay Stanley Cup victory.

As the odds stand currently, Tampa Bay sits at -140 to win the Cup over their potential future opposition in the Dallas Stars, who lie in wait.

Those looking to back the Lightning to win it all should do so now while this budget price is available.

Implying that the Lightning handle their business against the Islanders, the odds for Tampa Bay will only increase. The Lightning will be the heavily favored team against the Stars, with a price likely around -250 to win the series.

While it is bad advice for teams to look past their current opponents, the same doesn’t apply for sports bettors who need every edge they can get to turn a profit.

Regardless of future wagers, the game Thursday should be another exciting chapter to this captivating series, with both teams leaving it all on the ice in the name of the Stanley Cup.