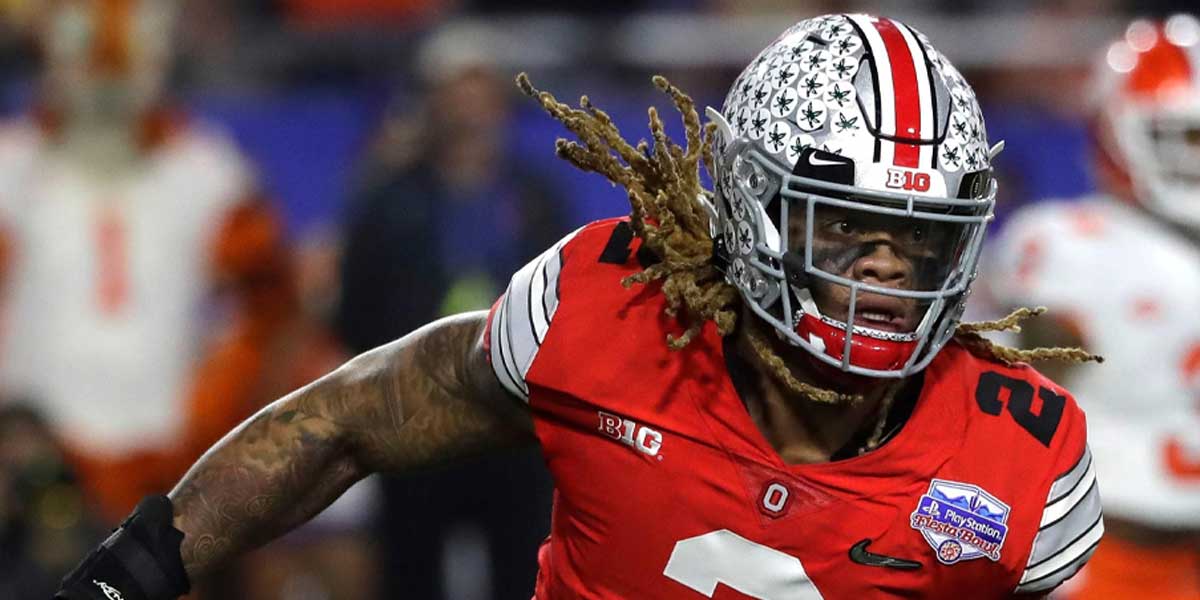 WASHINGTON – Online sportsbooks made it clear that the NFL Defensive Rookie of the Year Award was Chase Young’s to lose. Leading +190 odds to add the hardware to his legacy, he is the favorite for a reason, as he led the country in sacks (16.5) during his last season at Ohio State.

Other than Young though, other players could show out in their rookie season and steal Young’s spotlight. As NFL bettors move closer and closer to the beginning of the season, the defensive player of the year award for rookies has taken center stage.

Even though Isaiah Simmons was the fourth defensive player taken in the NFL Draft, he sits with the second shortest odds at US online sportsbooks.

Simmons (+500) is a force to be reckoned with as he put on a defensive clinic during his final year at Clemson. Simmons finished with 104 total tackles, seven sacks, eight pass deflections, one forced fumble and three interceptions.

Simmons is listed as a linebacker, but he could play any position on the defensive end and his stats could back that up.

Some might say that Simmons does not match up with Young in terms of winning the award, but the fact that he is going to be all over the place on defense could turn that into a reality. Bettors can take advantage of Simmons' longshot situation and hope for a nice payout.

Chase Young’s Ohio State teammate, Jeff Okudah could also be one to earn the award over him. With +1100 odds, the fact that Okudah was on the same team as Young and was not overshadowed should say something.

Okudah was taken third in the NFL Draft and it is easy to see why.

He finished the season with 35 total tackles, nine pass deflections, two forced fumbles and three interceptions. These are definitely above average numbers and bettors should not shy away from betting on him to walk away as the DROY.

Continuing down the odds board is the Iowa Hawkeye AJ Epenesa. With major longshot odds of +3300, those that watched him play in college football should be smiling at this opportunity.

Although he slipped to the second round, he will have a first-round impact for the Buffalo Bills on a defensive that isn’t to be messed with.

Bettors should consider Epenesa’s odds here as he has done more than enough to prove himself as a great defender.

Surprisingly enough, Trevon Diggs also fell to late in the second round in the NFL Draft. Just being a defensive back out of Alabama alone should be enough for bettors to know that his +6000 odds are further than they should be.

Not only did he make a name for himself but being drafted to the Dallas Cowboys gives him some facetime and quick notoriety of being on America’s Team.

Diggs finished his senior year with 37 total tackles, eight pass deflections, three interceptions, and one touchdown. Bettors can take the gamble on Diggs and enjoy watching him thrive during his rookie year.