Skip to content
USA Online Sportsbooks | Sports Betting | Is The Tom Brady Era In New England Coming To A Close? 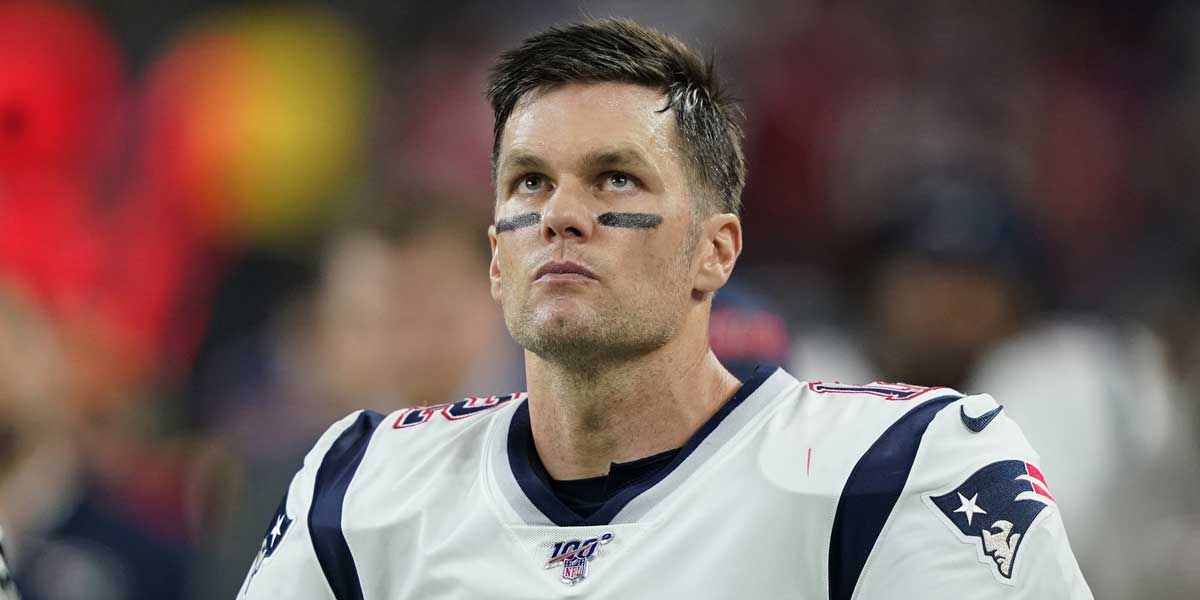 FOXBOROUGH, Mass. – Although the New England Patriots are 10-3 this season and are currently the No. 2 seed in the AFC playoff race, the team's two-game losing streak and Tom Brady's play on the field has many speculating on the future of Brady's career.

The Patriots will still make the playoffs this season and still have a chance to earn a first-round bye in the postseason. The recent play of New England has made many forget that they’re still the defending Super Bowl champions and still have one of the best defenses in the NFL.

The defense is not the reason why the Patriots have lost two straight games. On the other hand, the recent struggles of the team’s offense have left many fans wondering if this the beginning of the end for the Tom Brady era in New England.

The struggles of Brady were evident in the Patriots 23-16 loss to Patrick Mahomes and the Kansas City Chiefs. The four-time Super Bowl MVP finished the game completing 19 of his 36 passes for 169 yards, one touchdown, and one interception.

New England’s defense held the Chiefs offense to only three points in the second half, after surrendering 20 points in the first half including a 17-point second quarter. The Patriots offense could get anything going at home against a statistically weak Chiefs defense.

Brady’s struggles have led the online sportsbooks to post a specials bet on which season would be his last. The 2021 season is currently the year with the shortest odds to see the quarterback retire from the NFL with +150 odds.

The following year, 2022, is listed with the next shortest odds at +200. Earlier this year Brady signed a two-year extension worth 70 million dollars, which explains why the year 2021 has the shortest odds.

Tom Brady's Odds To Play For Another NFL Team

Despite an up and down season, Brady has still thrown for the sixth-most yards in the NFL with 3,437. The Patriots defense has become the heart of the team but if the offense can't put points on the board, New England won’t have an easy time defending their Super Bowl title in this year’s postseason.

Online sportsbooks have also released betting odds for whether or not Tom Brady will throw a pass for a team not named the New England Patriots. The “Yes” odds for the prop are at +1000 and the “No” odds are at -5000.

Brady has earned every right to retire a Patriot but if New England doesn’t want the quarterback anymore, he very well could suit up for another team to end his career.

Even if Tom Brady retired today, he’d be a first-ballot Hall of Famer as he’s thrown for the second-most passing yards all-time with 73,951 and third-most passing touchdowns in NFL history with 536. To add to that, no player in NFL history has as many Super Bowl rings as Brady.

When he does decide to retire, football will certainly miss what many believe to be the greatest NFL quarterback of all time.