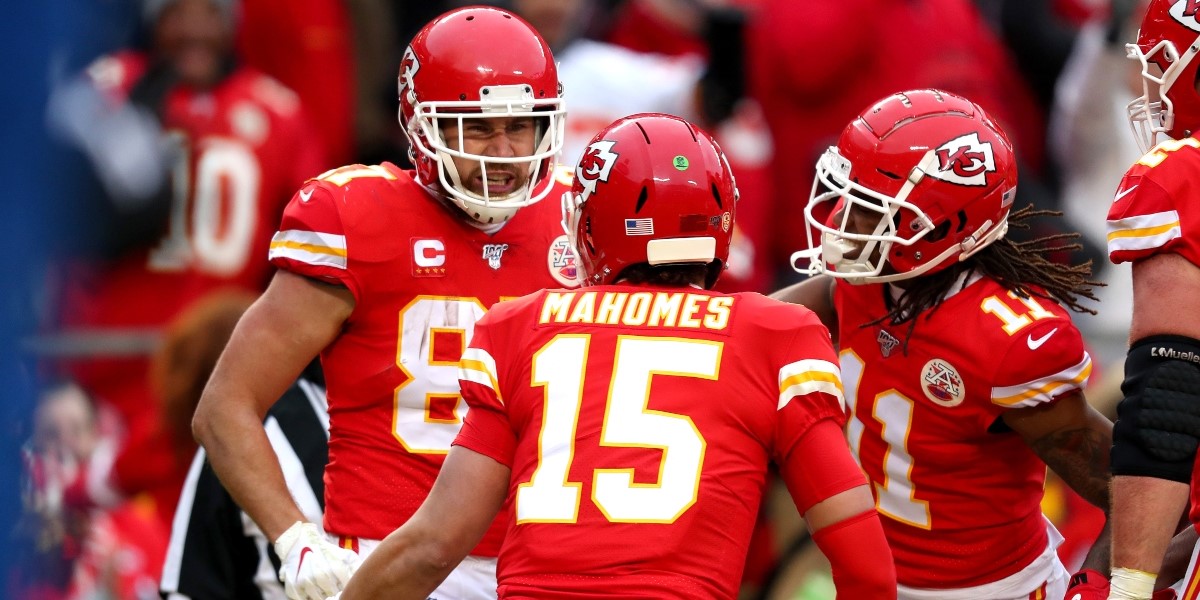 LOS ANGELES – With 14 available playoff spots open in the NFL from this season on, the chances of a longshot hitting may increase over time.

One thing it certainly does is remove the second seed's bye week, reducing their chances to get to the Conference Championship. Still, the field has never been as open as it is this season.

In 2020, there is one clear team to beat: The Kansas City Chiefs.

After a Week 14 that saw the Pittsburgh Steelers lose their second game of the season, the Chiefs seem nearly untouchable on the Super Bowl 55 odds list.

With 18 teams listed above, all are expected to have some real chance to make the NFL playoffs.

The Minnesota Vikings, Chicago Bears, and Las Vegas Raiders are all one game out of the playoffs, and also need some tie-breaking help in the process. With odds at online sportsbooks around +10000, Super Bowl 55 longshots are too risky for any real investment.

Before MNF on Week 14, the aforementioned Chiefs and Steelers, as well as the NFC’s Green Bay Packers and New Orleans Saints have clinched their ticket into the postseason. However, there are teams that have yet to claim their spot that warrant a few dollars of support.

Sitting as the third-most favored team to win the Super Bowl may not be a longshot, but the Rams are definitely worth considering at 10x your money.

The Rams are 8-2 in the NFC and 4-1 in their last five overall, showing their improvement over the last bit of the season.

At seventh in the league with a +72 point-differential, the Rams have the defensive line to compete with anyone.

The team that made the AFC Championship last year has been thrown back to the mix. However, this is only on the SBLV odds list, as the Titans, who are leading (by tiebreaker over the Indianapolis Colts) the AFC South are thriving.

The Titans have the same NFL SB odds as the Ravens despite scoring the second-most touchdowns (49) on the year behind Green Bay.

Behind the likes of Derrick Henry and the Titans’ rushing attack, the Titans can compete with anyone and look to improve on their 2020 postseason’s end.

The Bills are the only 10-win team that has yet to make the playoffs as of now.

However, they are a near lock in the AFC playoff race and sit ahead of the Miami Dolphins in the AFC East.

With a battle against the Chiefs as the only real competition in the AFC playoffs potentially afoot, don’t be surprised to see the Bills make it happen.