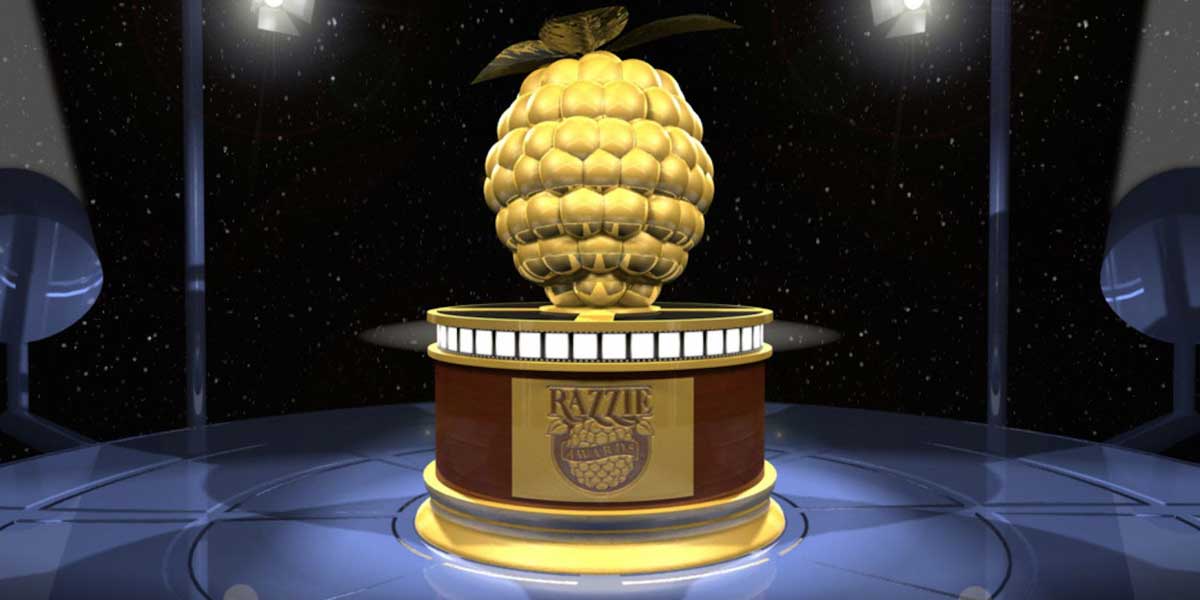 LOS ANGELES – Betting on The Golden Raspberry Awards (The Razzies!) is in full swing as sportsbooks list a number of wagers for the awards show ceremony.

The Razzies is a parody style awards show honoring the very worst cinematic displays for the year. And sports betting sites with entertainment odds have quite an opinion on which celebrity performance will be “razzed” this year.

The 40th Annual Razzie Award Ceremony will be taking place on March 14, 2020. The nominees to win the funniest award in Hollywood have been named and now the odds for 2019’s most epic fails on the silver screen are in. Plenty of talented actors are listed for giving less than stellar performances on at least one of their projects.

The Razzie Redeemer Award is an award given to someone that is no longer classified as the worst and has managed to somehow become great at their job.

The nominees and their odds of winning this award are:

Odds to Win The Razzie Redeemer Award are:

Odds to Win In The Worst Actor Category are:

Odds To Take Home The Award For Worst Actress Are:

Odds To Win For The Worst Director Go To:

And finally, the biggest award of any cinematic award show, the odds to win in the Worst Picture category are:

Odds To Win For Worst Picture Go To:

There are a number of other bets listed for The Razzies! on Bovada and sportsbooks like it, these are just a sneak peek at some of the top categories.

For all entertainment buffs, these wagers will definitely scratch that gambling itch.

Not only is this awards show a funny roast that helps celebrities laugh at themselves, but it also gives the people a chance to laugh along with them. And betting on the biggest losers makes razzing them a better experience for viewers.