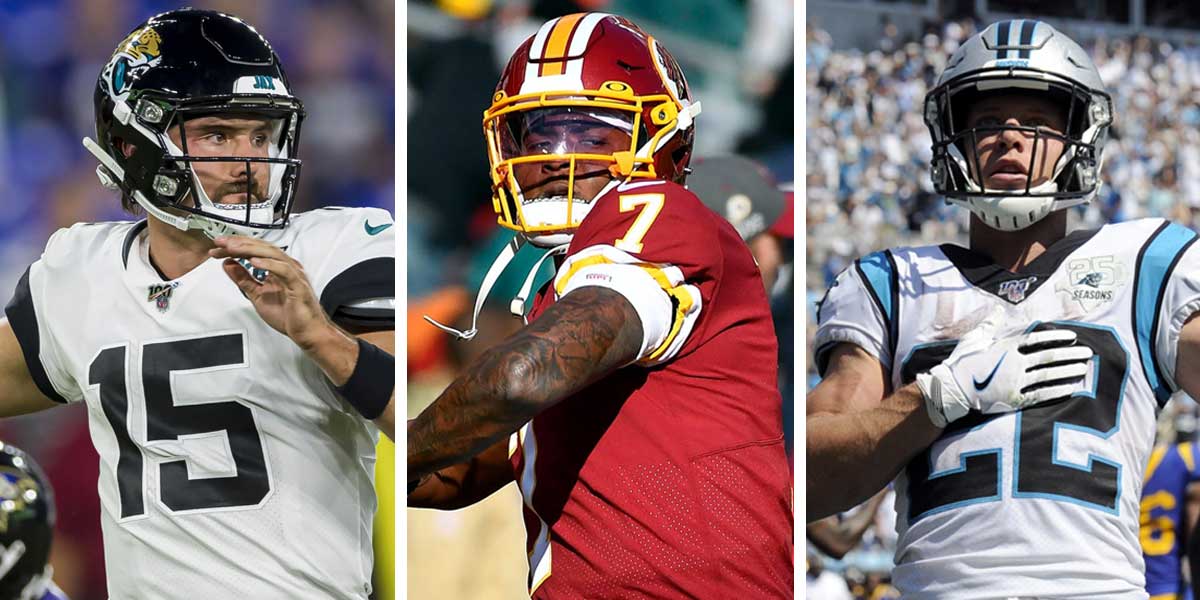 JACKSONVILLE — The start of the 2020 NFL regular season is a little under a month away and sportsbooks have already begun preparing bettors for the return of football.

Now is the best time to bet on any NFL futures since the odds will be longer since the season hasn’t started. Bettors could possibly get a much bigger return on winning bets today than they would if placed the same bet during the regular season.

This upcoming NFL season, betting on which team will be the last to notch that first win of the year comes with some pretty advantageous odds for bettors.

For props like this, bettors should look to bet on teams with major injuries to key players or selected at the top of the NFL Draft.

They’ve already deconstructed their defense as A.J. Bouye, Calais Campbell and Jalen Ramsey are all on different teams now. The remaining best player on the Jags defense Yannick Ngakoue hasn’t signed his franchise tag and has told the team he wants to be traded so he likely won’t be suiting up for the Jaguars this season.

With so many new faces on the defensive side of the ball, Jacksonville will be playing from behind often and in return, they won’t win many games especially at the start of the season.

There are still many questions the Jags will face on the offensive side of the ball as Gardner Minshew enters his second year under center and the team decided not to give running back Leonard Fournette’s his fifth-year option.

All of this makes it easy to see why the Jaguars have the shortest odds at online betting sites to be the last team to notch a victory. Currently constructed, the Jags have one of the weakest rosters in the league.

Facing the improved Indianapolis Colts and Tennessee Titans the first two weeks of the season will likely keep the Jaguars winless as they don’t have much talent on their roster. Bettors should take the Jags +300 odds with confidence as they likely won’t get their first win until a Week 6 meeting with the Detroit Lions.