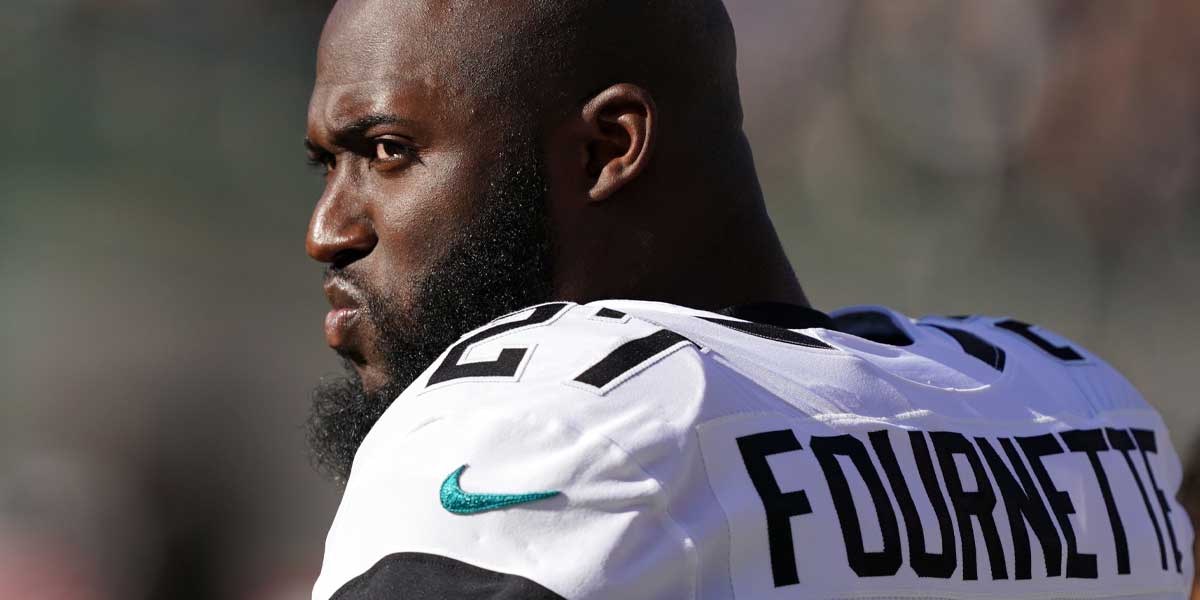 JACKSONVILLE, Fla. — The Jacksonville Jaguars have shocked the football world on Monday morning as they have announced the release of running back Leonard Fournette.

Leonard Fournette was the fourth overall pick in the 2017 NFL draft and was nothing short of that during his three years in the league. Fournette has put up 2,631 yards and 17 touchdowns on 666 attempts.

He is ranked the 18th running back and is projected 829 rush yards and four rushing touchdowns for just 220.42 fantasy points. Depending on which team Fournette lands with for the upcoming season, those projections could change.

As for the Jags season, online sportsbooks already had them at the bottom of the Super Bowl odds board with +20000 odds to win. Their season win total was also set fairly low at 4.5 wins with the under being favored.

Now with Leonard Fournette released, it only makes this case even stronger as the team is now very thin at the running back position as well as starting-caliber talent in general.

The Jaguars will now look towards Ryquell Armstead to take over the starting spot. Armstead is an unproven back in the league as this will be just his second year. During his rookie season, he put up 108 rushing yards on just 35 attempts with no touchdowns.

Being that this team is clearly in full rebuild mode now, those looking to make easy cash can do so betting the Under on the Jaguars win total.