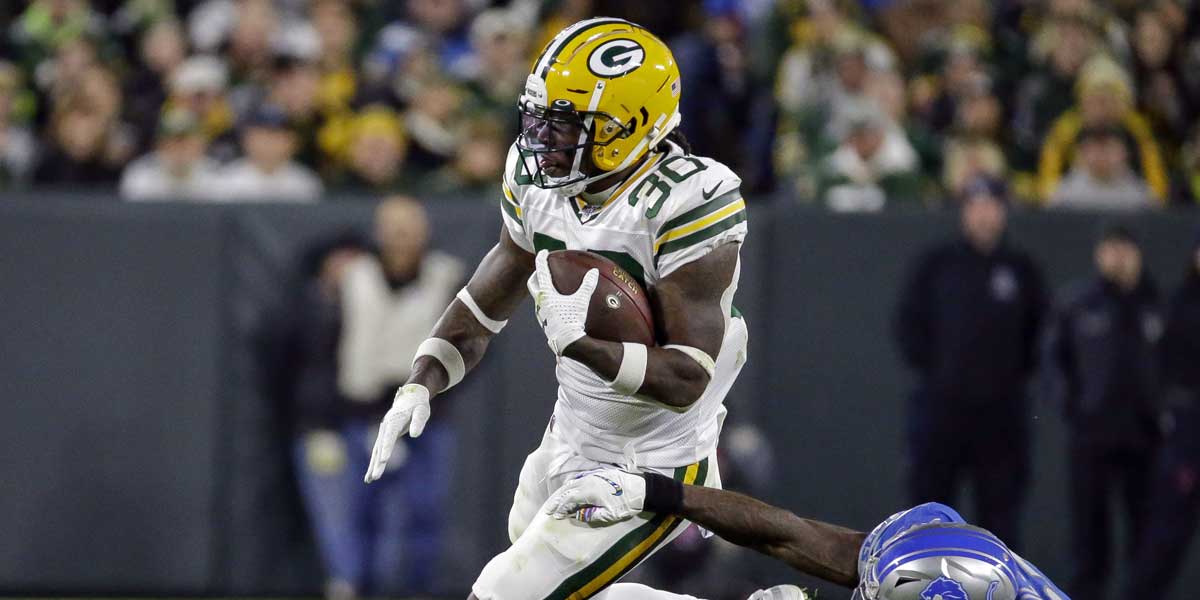 TALLAHASSEE, Fla. – Every week in sports betting, there is a “bad beat” that has bettors up in arms about what could have been. On Monday, the Green Bay Packers and Detroit Lions had a situation that technically wouldn’t be called a bad beat, but the play still affected many betting opportunities.

With less than two minutes to go, the Packers drove down the field and were able to take the lead by a Jamaal Williams rushing touchdown. The score would have put the Packers up by four (plus the extra point) giving the Lions roughly a minute and a half to put together a game-winning drive.

However, Williams took note of the Lions’ attempts to allow him to score a touchdown and sat down on the 3-yard line. With this, the clock was able to run down to zero, just after the Packers kicked a game-winning 23-yard field goal winning 23-22.

Jamaal Williams could have scored… but he didn’t.

A heads-up play by @jswaggdaddy. #GoPackGo

The play, in the minds of NFL players, coaches, and administrators, was the ideal situation to win the game. It gave the Packers the ball last and kept the Lions from getting any opportunity to retake the lead.

But in the eyes of bettors, this play couldn’t have been more of a slap in the face (of praise from the heavens).

Bettors never like to point at one individual play of a game to blame for their win or loss, but this play definitely impacted the entirety of the betting odds.

Not only did the desire to play it safe for a field goal keep bettors from hitting the over (47 points), but it also kept bettors from successfully betting the Packers -3.5. Instead, the field goal totaled 45 points and kept the Lions within their points to cover.

The public’s money was on the Packers to cover the spread at US sportsbooks, 64% of the public to be exact. Likewise, 61% of bettors took the over on the game and failed to make a winning wager because of the kneel.

Another bettor also lost out on the opportunity to convert a 5-team $2,000 parlay. The payout, had the Packers covered their spread, would have been $48,600.

Bettors everywhere are certainly on edge after the Monday Night Football finish, but it’s always important to remember, no single play affects the game. Sure, this was the last moment of the game, but the drop by Darrius Shepherd on the goal line or the review of Kerryon Johnson’s touchdown also played a role in the betting odds.

Still, most bettors who thought they were coming away with a last-minute victory were robbed of their celebration. Oh, well… we’re on to Cincinnati.