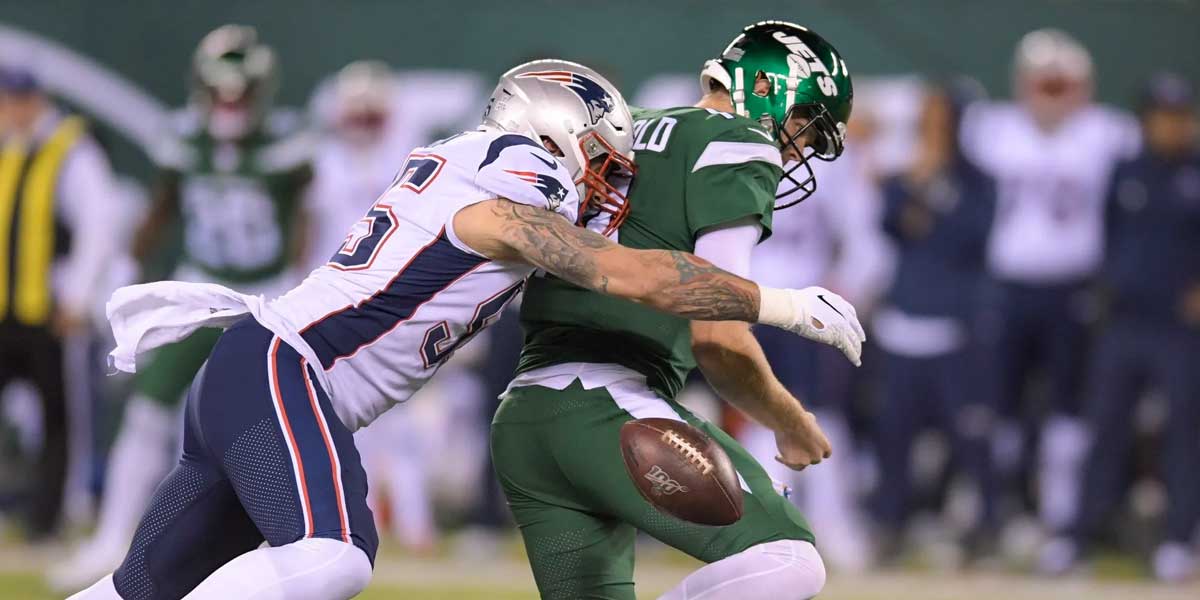 NEW YORK – With the NFL season almost halfway through, bettors have had different results at the US sportsbooks about the country. However, one group of bettors is still struggling to realize that betting with your heart is the worst thing a sports bettor can do.

This comes as the New York Jets were blown out by the New England Patriots 33-0. The loss came with only one score early on in the 4th quarter, and the Patriots failing to try to score a touchdown in the closing minutes of the game.

The Patriots are a team to reckon with – everybody is aware of that – but that won’t stop bettors from taking action on their home team at FanDuel Sportsbook at the Meadowlands.

For another week, Jets’ bettors fell victim to losing their money as the Gang Green following is 2-4 when betting the Jets on the spread and 1-5 when taking the Jets straight up.

To start the year, the Jets were given odds to win more or less than 7.5 games on the year. Bettors were quick to take this over, as they believed their home team could do some damage with the addition of Le’Veon Bell.

The favoritism didn’t stop there though. When the preseason began, the Jets had the fourth-highest number of bets on them to win the Super Bowl.

Almost two and a half weeks later (with a preseason record of 1-2), the Jets were responsible for the third most bets to win the Super Bowl. At the same time, Sam Darnold was ninth in MVP betting wagers.

The Jets are currently +900 to make the playoffs – something that Jets bettors may consider if they continue to play the home team. However, it is at this moment that bettors should realize losing money betting on their favorite team is somewhat of a double-whammy.

Not only does their team lose, but the bettor loses their risk as well. Still, the belief is that the local bettors will not adjust their habits, despite being down multiple units on the season.

From past betting performances, it is easy to see that this trend will continue. For Week 1 against the Buffalo Bills, the Jets received 68% of the bet count accounting for almost 90% of the moneyline handle. Likewise, 8.5/10 bettors took the spread in favor of the Jets. The result? A 1-point loss meaning bettors lost in both instances.

Two weeks later, the Jets traveled to Foxboro to take on the Patriots. Despite the reigning champions outscoring opponents 76-3 at this point, bettors continued to ride the Jets.

A total of 61% of the moneyline bets were on the Jets but this accounted for only 43% of the handle. This translates to the public and majority of bettors putting their risk on the Jets to win straight up. However, as the handle is much lower than the bet total, it also indicates that the sharp money was not on the Jets.

Sharps, or professional bettors, have their own betting strategies but when a difference between a bet count and a bet handle is this extreme, it is usually advised to follow the professionals. Those who took the Jets lost again, as the team fell 30-14 to the Pats.

In short, betting with your heart is the worst thing a bettor can do. Sure, sometimes the bet will pay off and reward a bettor, especially if they are a heavy underdog, but knowing the difference of what could happen and what should happen is a mindset that only successful bettors can wrap their head around.

From The Jets To The Nets

Perhaps the bettors will stop taking the Jets, or maybe they will learn from their past mistakes. However, as an indication from the early NBA betting action, it appears a similar result is in store for NBA bettors.

Just before the NBA opening night, the Brooklyn Nets have the third-highest bet total to win the NBA Finals – even without Kevin Durant slated to play once during the season.

No matter how the NFL or NBA season plays out, bettors should always remember to bet with their head and not their heart.