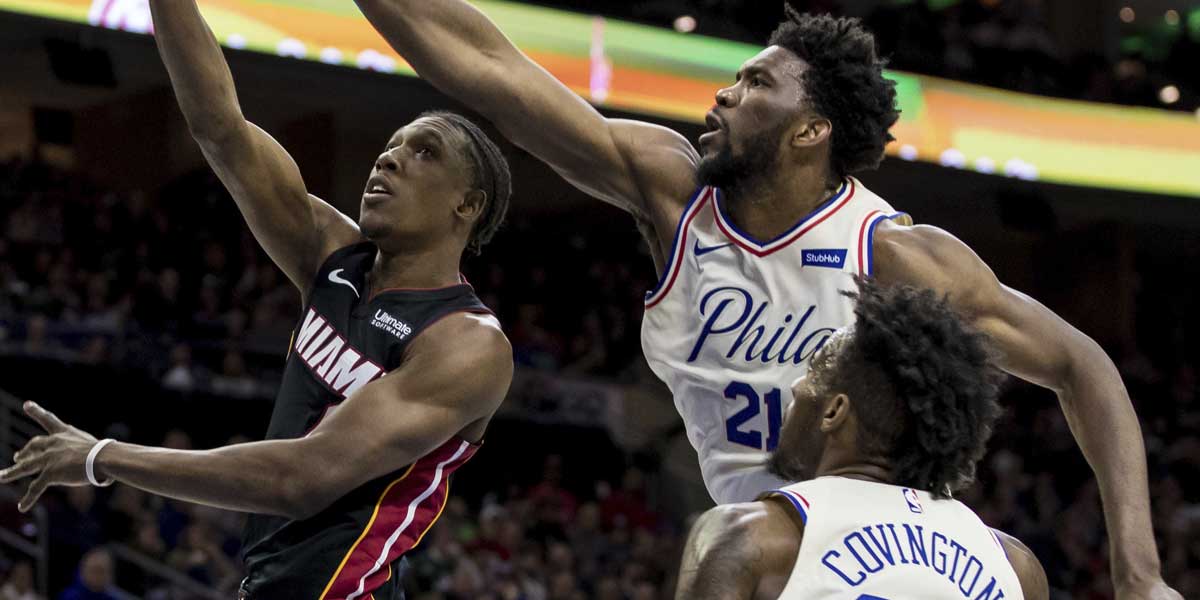 MIAMI – On Wednesday, the Philadelphia 76ers and the Miami Heat continue their season series against each other. Jimmy Butler is returning to the Wells Fargo Center once again after the big trade during the offseason.

Both teams benefited from trade as both teams are playing and are atop the East.

With both teams coming off of a loss, the 76ers are favored in tonight’s matchup with odds set at -340 over the Heat (+270). US sportsbooks weigh in on odds of tonight’s game and Butler’s return to Philly.

Pat Riley has put this team back together well after the exit of LeBron James in 2014. After (Dwyane Wade’s retirement, Riley traded for a player similar to Wade in Butler. Finishing the season last year 39-43, this team is already ahead of the curve with 19 wins on the season (through 27 games)

Butler is a huge piece of this team’s improvement putting up 21 points per game and six assists per game. His offense and usage on this team are showing how great of a player he is. Butler’s defense, however, is not to be forgotten about as he is tied for first in the NBA with the most steals per game.

Butler is a big piece to the Heat success but also, he has solid pieces around him. Bam Adebayo made improvements taking over the big man position after Hassan Whiteside was traded to the Portland Trailblazers.

This offense is getting extra chances and other players are capitalizing on them. Rookie Kendrick Nunn has taken full advantage of extra minutes, averaging five assists per game and 16 points. With this Heat team averaging 25 assists per game, they are ranked ninth in the league. This also means they are getting everyone on the court involved.

With key players like Goran Dragic and Justise Winslow missing time, other players are stepping up. Tyler Herro is one of those players that is stepping up. Averaging 29 minutes per game, the rookie is putting up 14 points per game and giving the Heat what they need off the bench.

Although the 76ers won the first matchup, expect tonight’s matchup to be exciting.

The “Process” of the 76ers seems to have been going very well. A quote that star center Joel Embiid and fans repeated for years have seemed to die down as the 76ers are looking like a top tier team in the East.

With Embiid, the 76ers also have Ben Simmons, who is boosting this 76ers defense to another level. Tied for leading the NBA in steals per game, Simmons has also become a defensive force to reckon with. But his offense should never be overlooked.

Top five in the NBA in assist per game, Simmons is getting a lot of players involved including Tobias Harris and Al Horford.

This team is averaging 46 rebounds per game, meaning more opportunities for Simmons and Harris to attack.

With the 76ers and Heat both looking like playoff teams early, this could be a matchup that can be seen in the NBA playoffs. Butler and his crew are well put together and are young all around.

The 76ers have put together a team that offenses struggle against. With over/under set at 209 expect for this game to be low scoring. Even with it being low scoring, look for Butler and Simmons to still have big games.