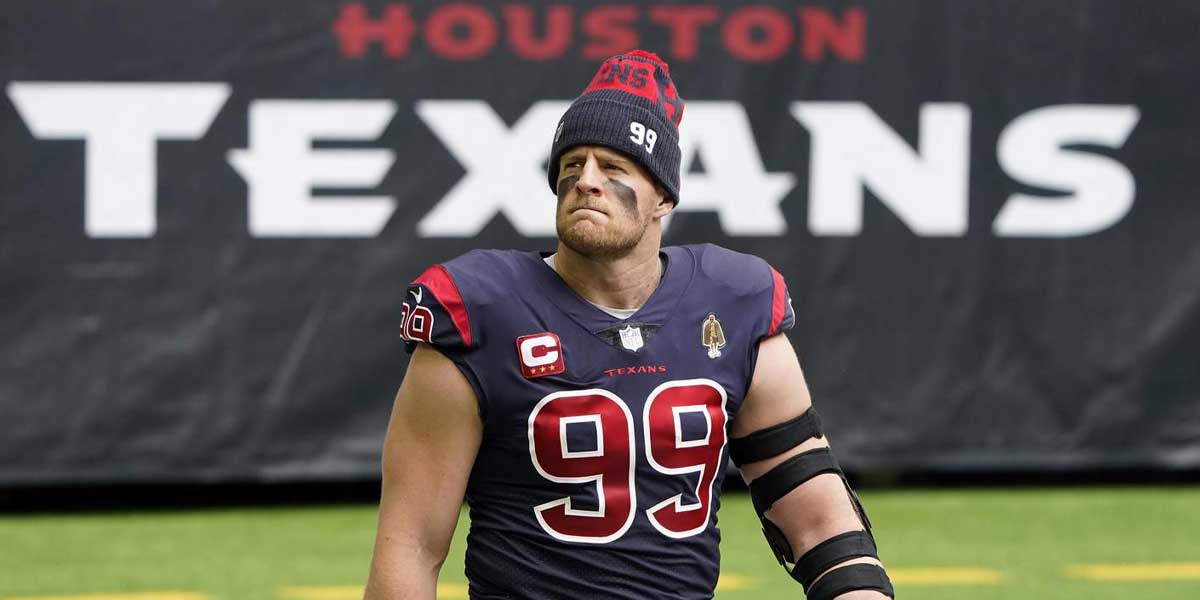 Houston, I wanted you to hear this directly from me... pic.twitter.com/YqT3P6Lb6l

Watt at one point in his career was one of the most dominant defensive linemen in the league. Injuries have slowed him down, but he remains among the more productive defensive lineman in the NFL who leaves Houston as the all-time sacks leader as he recorded 101 sacks for the Texans in 128 games.

To an amazing player and an amazing person: Thank you, @JJWatt. pic.twitter.com/7zUiEYLOoN

Now all eyes will be focused on which team JJ Watt will sign with going into the 2021 NFL season. He’s shown every team in the NFL that he can still be a force on the defensive side of the ball despite his age by playing a full 16 games in 2020. Where he lands will surely shake up the preseason NFL odds.

Every season J.J. Watt has qualified, he has finished as a top-10 player at his position:

BetOnline has listed betting odds on which team will JJ Watt play for next with quite a few Super Bowl contenders expected to be vying for the three-time Defensive Player of the Year award winner. One thing to note when betting on the JJ Watt odds is that he doesn’t have to wait until March 17 when the new league year for the NFL begins. He can sign with his new team in the coming weeks before the free agency period begins as a veteran in the NFL Watt’s decision could come at any time so bettors shouldn’t hesitate to place bets on these odds.

JJ Watt Odds For Next Team In Free Agency

There are two playoff teams that Watt has ties to that could be where he ends up finishing his career while still giving him a chance to make the playoffs something the Texans were not going to do.

The Pittsburgh Steelers +150 odds are the shortest to land JJ Watt and the driving force behind this is that Watt’s two younger brothers T.J. and Derek also play for the Steelers. Watt signing with the Steelers isn’t out of the realm of possibilities but Pittsburgh or the veteran lineman will have to come down off their asking price. The quarterback situation in Pittsburgh might be in flux but adding JJ Watt to play alongside TJ Watt in the Steelers defense alone makes this a team that could make a deep playoff run.

The Green Bay Packers have been to the NFC Championship game in two consecutive seasons and Aaron Rodgers has shown that he can still play at an elite level. Watt was born in Wisconsin and also played college football for the University of Wisconsin. A homecoming could be in the cards for Watt and the +500 odds are intriguing. The Packers defense needs help generating pressure on opposing quarterbacks outside of Za’Darius Smith and JJ Watt could be a difference-maker for this defense. If looking for an option with longer odds this is likely one of the best bets and the +500 odds are well worth the risk.

As the NFL offseason continues to unfold expect where JJ Watt chooses to play to be one of the most important pieces to the free agency puzzle.