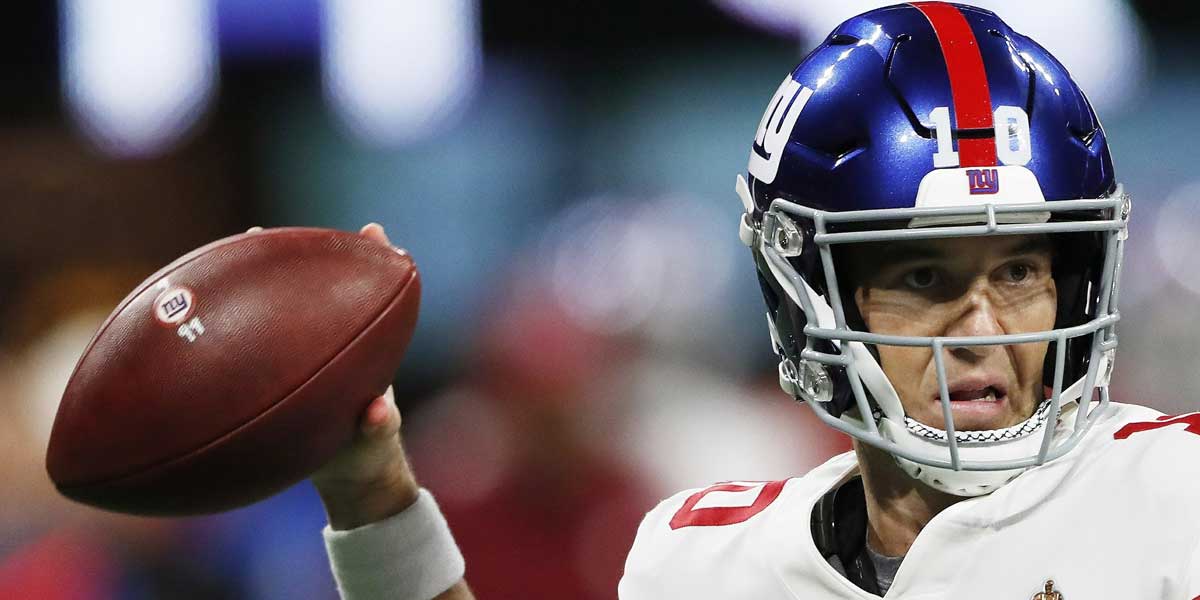 NEW YORK - MyBookie Sportsbook has a wager on New York Giants quarterback Eli Manning’s future on the field. The specific bet listed on their site is whether or not Manning will throw another pass as a player for the Giants. Bookmakers believe that he will, giving him odds of -600 in the "Yes" slot and +350 in the "No" slot.

Manning is the veteran quarterback for the Giants at 38 years old. He has played for the franchise his entire professional career, beginning in 2004 fresh out of Ole Miss. In his sixteen seasons with New York, he has played in 234 games and thrown for 56,537 yards with 362 touchdowns. He was the starter when the season began but after giving the team back to back losses making them 0-2, the coaches decided to bench Manning for rookie Daniel Jones, who is 22.

In Jones's first starting NFL appearance, he gave the Giants their first win of the season with a score of 32-31 against the Tampa Bay Buccaneers. His showing against the Bucs was able to make all non-believers believe in the rookie’s abilities. He completed 23 of his 36 passes for 336 yards. He threw two touchdowns and then he rushed for two more. He was able to prove that he is more than capable of playing at the professional starting level.

And this is where the wager on MyBookie was born. Not only has Jones made himself look like the new shiny star for the Giants, but he has also made Manning look a little less capable. Diehard fans all believe that Manning will, in fact, throw again with New York at some point. But everyone that saw the spark in Jones in his last game thinks Manning will continue manning the bench for the Giants.

Jones will start in New York’s (-145) next game on Sunday against the Washington Redskins (+125) at MetLife Stadium. The game starts at 1 p.m. EST and will be aired on the FOX network. USAOnlineSportsbooks.com knows this will give Giants fans a chance to see whether or not Jones’ actions in his first real match were just beginner's luck or if he can actually carry New York to their second victory of the season.