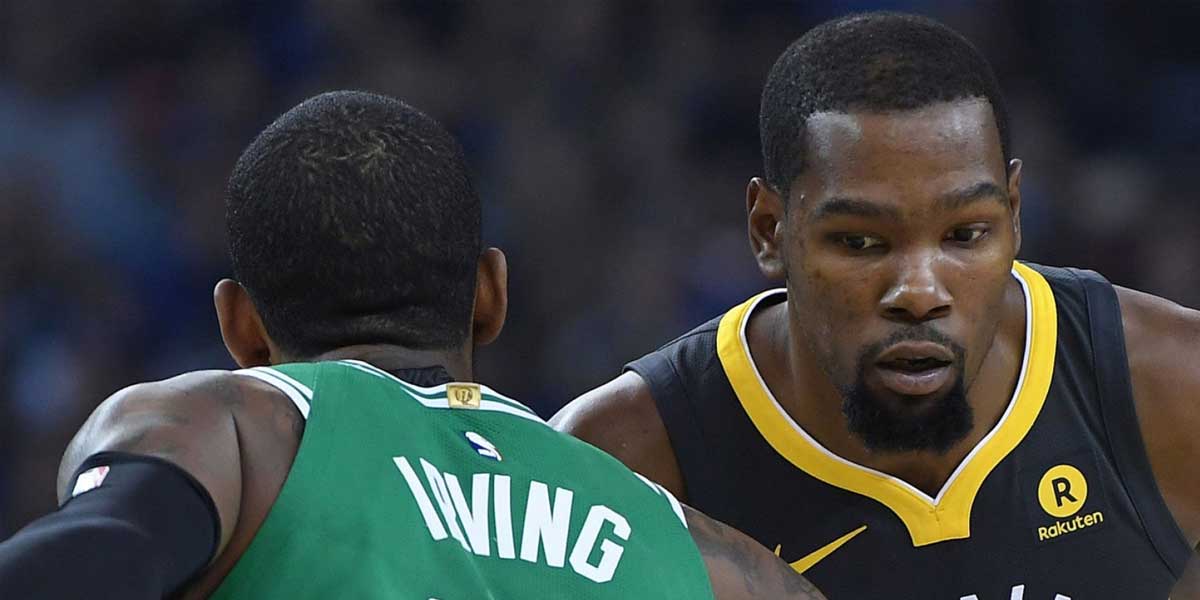 NEW YORK – In a matter of days, the Brooklyn Nets went from being the off-brand NBA team in New York to becoming the envy of the entire league. Sports bettors have also taken notice which is why the Nets betting odds to win the 2020 NBA Finals shot up after signing both Kevin Durant and Kyrie Irving.

As first reported by Adrian Wojnarowski of ESPN, the Brooklyn Nets signed Kevin Durant to a 4-year $164 million contract and signed Kyrie Irving to a $4-year, $141 million contract on the first day of the 2019 free agency period opening.

After the news broke of the superstars change in teams, there was an immediate change in Brooklyn's betting odds. The Nets went from (+2600) betting odds to win the 2020 NBA Finals to (+1700) in just a matter of minutes.

This comes despite the fact that Kevin Durant will miss most, if not all, of the 2019-2020 NBA Season. Durant reinjured an Achilles injury in Game 5 of the 2019 NBA Finals after he was medically cleared to play.

The Nets did also sign Deandre Jordan from the New York Knicks, offering him a 4-year $40 million deal. Adding a big man to the Nets roster does help to balance out the team and create a big three similar to the ones we’ve seen in the past with the Boston Celtics, Miami Heat, and Cleveland Cavaliers.

The last of those teams included Kyrie Irving, who has not reached an NBA Finals since leaving Cleveland in 2017. Even so, Irving has still held his own and has put up impressive numbers. Last season Irving averaged 23.8 points and 6.9 assists per game.

Durant put up even better numbers by averaging 26 points per game, 6.4 rebounds, and 5.9 assists. His presence will be needed in order to bolster the team to the championship series.

USAOnlineSportsbooks.com knows the Eastern Conference has become increasingly competitive and the Nets also just lost their top scorer in D’Angelo Russell. Odds for the Nets will essentially shift based on the health of Durant. It will be mostly on Irving to get them to the playoffs in order to give Durant time to heal and for a bet on them to possibly payout.