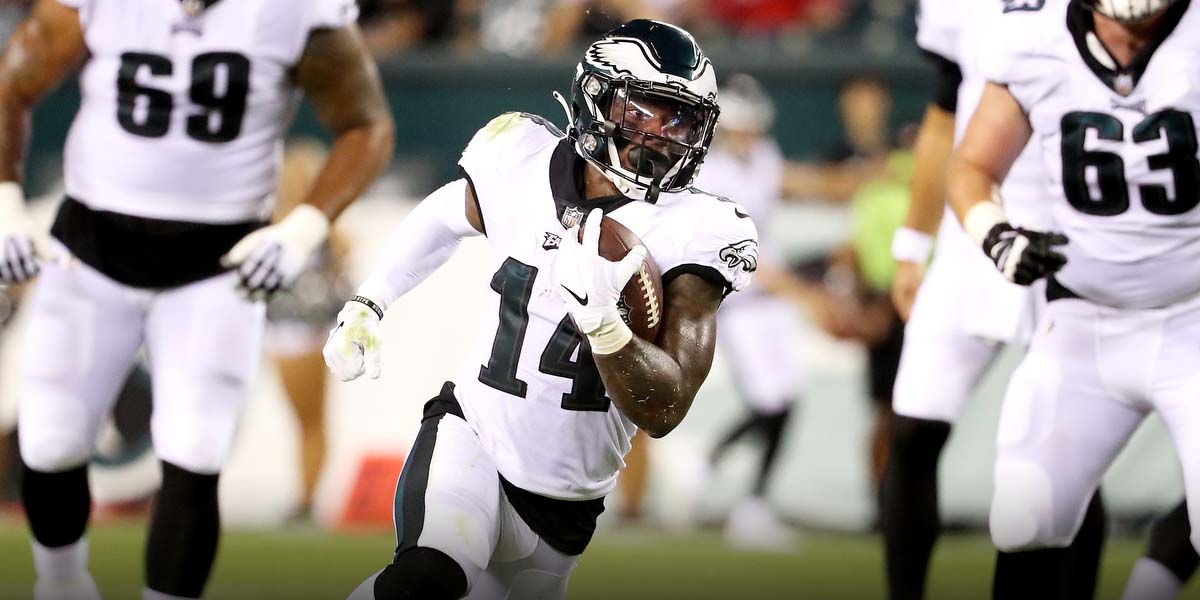 LAS VEGAS – Aside from the major headlines that occurred in Week 2 of the NFL season, from a fantasy football standpoint, there are plenty of free agents to target ahead of Week 3 at both the running back and wide receiver positions.

Some names to keep an eye on for free agency are Kenneth Gainwell, Darius Slayton, and Rashard Higgins, as each of them is owned in less than 40% of fantasy leagues.

Kenneth Gainwell has been a major surprise thus far early in the season. Gainwell has taken the Philadelphia Eagles run game to a new level as he has completely taken over Boston Scott’s role.

In his two games this season, Gainwell went for 12.3 points in Week 1 and for 7.2 points in Week 2 with nine and six rushing attempts in those games. It's safe to say that he is the clear-cut number two back behind Miles Sanders.

One thing to keep in mind is that Sanders is coming off of an injured season where he missed four games and did not break the 1,000-yard mark either which is a sign to keep an eye on Gainwell, in case Sanders goes down with an injury once again.

Gainwell is worth the add in deeper leagues and could even be used as a flex player in some weeks. He is owned in just 36% of leagues so it would be wise to add him sooner rather than later.

Darius Slayton should be an add in most leagues as he has started off the season hot and can be found in 96% of leagues. Slayton is currently third on the Giants in targets in only two games with 13, which is just one shy of Kenny Golladay for second place. With those targets, he has turned them into three receptions and 65 yards in Week 1 and three receptions, 54 yards, and a touchdown in Week 2.

He has also scored 9.5 and 14.4 fantasy points through both games, which could’ve made him a nice flex player each week. Sports bettors should be aware of his odds with online sportsbooks before Week 2.

With that, he could be considered a flex play in Week 3 against the Arizona Cardinals.

This is one of the riskier add ons for Week 3 but there is potential for a high reward outing. First things first, on top of Odell Beckham not taking the field yet this season, Jarvis Landry suffered an MCL sprain in Week 2 that leaves Cleveland’s receiving room very thin.

Higgins was quiet in the Browns' first two games, totaling just two receptions for 27 yards. However, he is coming off of a solid 2020 campaign that saw 599 yards and four touchdowns on 37 receptions. With there now being no WR1 taking the field for the Browns in Week 3, this is Higgins' time to shine.

He can be added in just about any fantasy league out there with his current ownership at less than 1%.