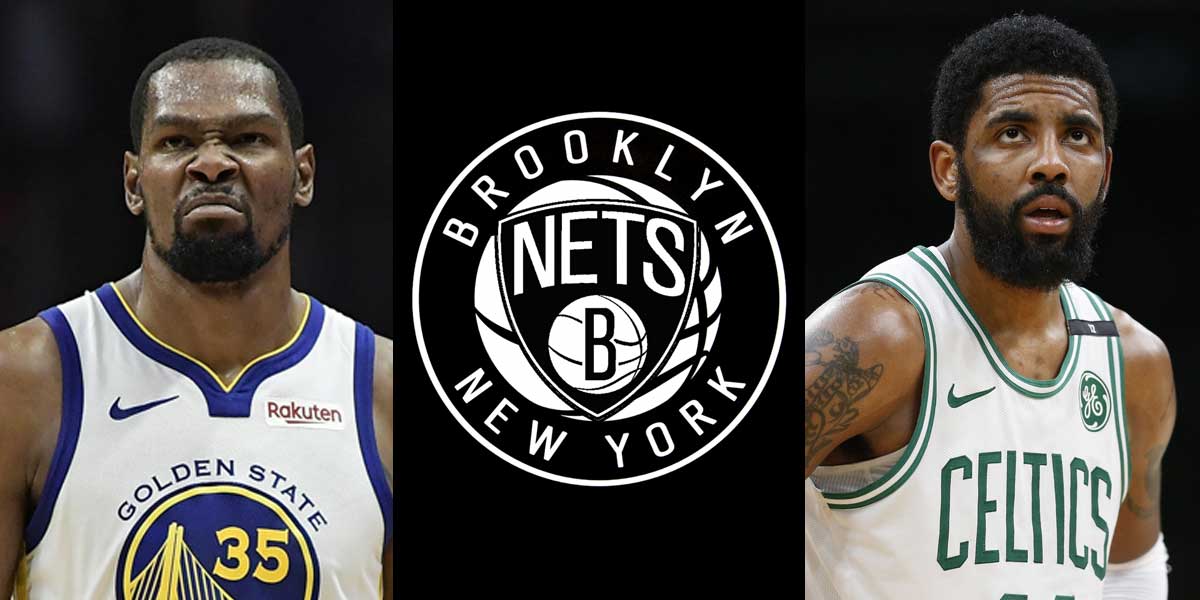 LAS VEGAS – If losing the NBA Finals in six games to Toronto wasn’t the end of the dynasty for Golden State, losing Kevin Durant in free agency might be.

Sunday, news broke that Durant would be heading to Brooklyn to play for the Nets alongside erstwhile Boston star Kyrie Irving.

With this pending free agency haul, the Nets immediately improved their 2019 NBA championship odds across the board. In Vegas, the Nets went from +2600 to +1700 in just a few minutes after news of the deal hit the wire.

Interestingly, the FanDuel sportsbook in New Jersey (at The Meadowlands in East Rutherford) only boosted the Nets’ title odds to +1800. Given the geographical proximity of New Jersey to Brooklyn, that’s a pretty good value.

Of course, Durant is going to miss all or most of the 2020 campaign recovering from an Achilles tear he suffered (or exacerbated) in Game 5 of the 2019 Finals. USAOnlineSportsbooks.com knows that the betting odds for next season are predicated almost totally on the Irving acquisition and are thus likely to remain long.

In addition to Durant and Irving, the Nets also came to terms with center DeAndre Jordan. The former Clippers rebound machine was a first-time all star in 2017, and he currently has the highest career field goal percentage in the NBA at 67.4 percent.

The Nets are spending significantly on their new roster. Durant will allegedly sign a four-year deal worth up to $164 million, while Irving will be able to earn up to $141 million over the same duration. Jordan’s deal is worth a guaranteed $40 million.

All three athletes have agreed to these terms but must wait until Saturday (July 6) to sign their contracts.