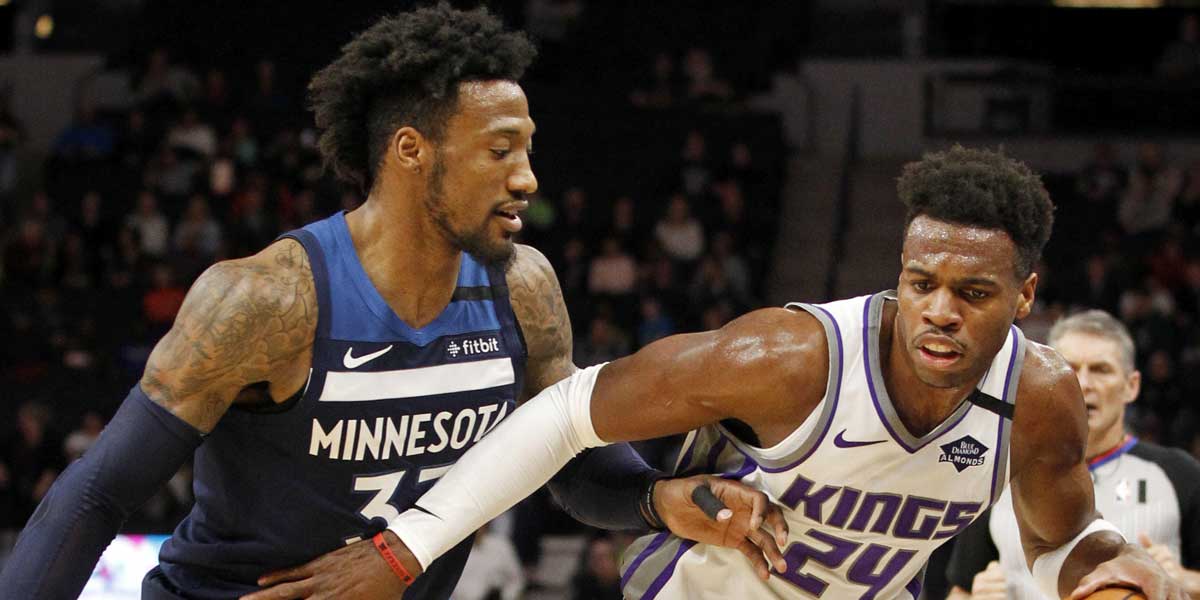 MINNEAPOLIS, Minn. – The Sacramento Kings completed one of the most improbable comebacks of the NBA season on January 27, 2020.

The Kings entered the fourth quarter down 19 points, and their opponents, the Minnesota Timberwolves, generally maintained their lead until the last two minutes of the game.

The Kings trailed the Timberwolves by 17 with 2:49 left in the 4th last night.

Nobody, no team, had ever won a game when they were down 17 points with less than three minutes remaining. Eight thousand, three hundred and seventy-eight times this has happened in the NBA, and in zero of those games has the team down 17+ points won the game. Not until last night.

The Kings' comeback was improbable and spectacularly absurd. They outscored the stunned Timberwolves 16-2 in the last two minutes of the game.

The tying shot came as DeAaron Fox purposefully missed a free throw, got his own rebound, and laid it up with 3.6 seconds remaining. It was playground fantasy basketball. The Timberwolves were shellshocked. Gorgui Dieng looked to the Timberwolves bench with palms upraised as if to say “can he even do that?”

The reaction of the rest of the team was almost muted, however – it looked like the Timberwolves had simply accepted their fate.

This shot sent the game to overtime, where the Kings outscored the Timberwolves 14-10 to win the game 133-129.

In a way, it couldn’t be more fitting that it happened to the Timberwolves, who are truly adept at losing games they should win. The Timberwolves are incredibly bad in close games, with a 30.8 winning percentage in clutch games as defined by NBA.com.

Granted, some of this is that the Timberwolves are just a bad team, and bad teams lose games whether they are close or not.

From a sports betting perspective, this result highlights the value of live NBA betting during the game. The Timberwolves were prohibitive favorites at the start of the fourth quarter, and, indeed, up until roughly two minutes were left on the game clock.

A hypothetical Kings bettor could have gotten an excellent deal on the Kings spread at that point, as the Timberwolves were up by 17. Before the game, Minnesota was a three-point favorite, looking for a spark to set their season on the right path. After it, they were a footnote in history, the victims of the most unlikely comeback of the season.