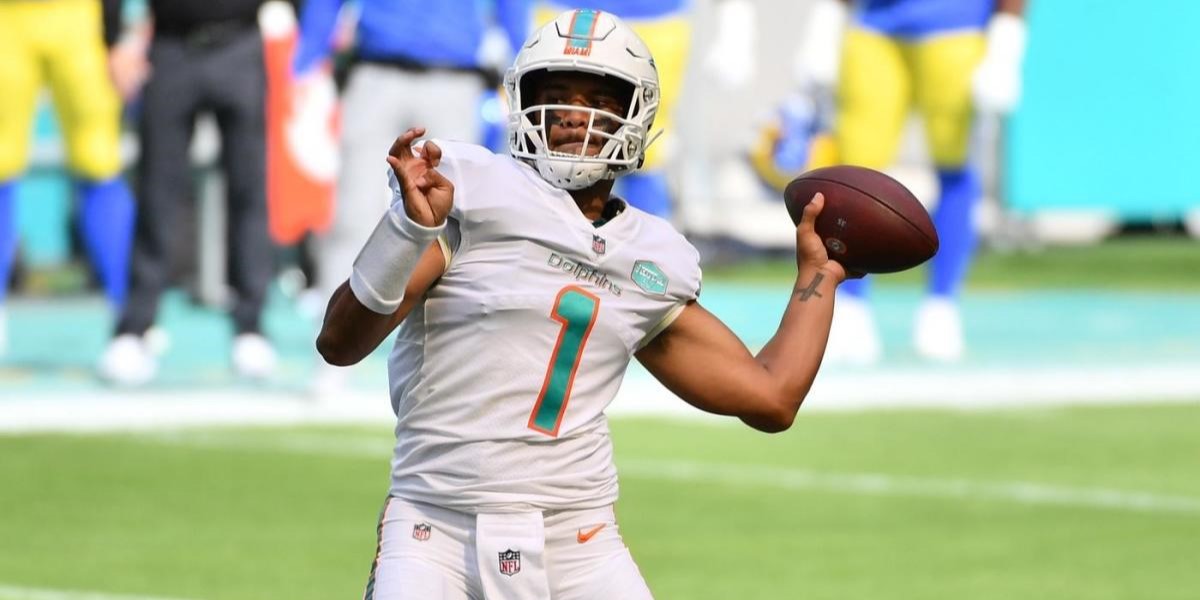 PHOENIX – With Week 9 of the NFL season commencing, there is a great matchup between two young quarterbacks for NFL bettors to look forward to.

Tua Tagovailoa and the Miami Dolphins will travel out west to take on Kyler Murray and the Arizona Cardinals.

Online sportsbooks have prop bets on the performances of both of these players and how they will do with passing yard, touchdowns, completions, and rush yards for the game.

Starting with Kyler Murray, he has had a great season thus far throwing the ball as he has gone for 1,847 passing yards so far on the year. When looking at the total for yards, in the seven games that he has played thus far on the year, he has hit the over in four of those games.

He certainly has the weapons to be able to hit the over here in Week 9, and with their RB1, Kenyan Drake, out for the game, they will be forced to throw the ball more often than not.

As for Tua’s total for yards on the game, he is favored to stay under for a reason.

The reason being is that he did not even come close to hitting the over in his first game where he went for just 93-yards. Tua does not have the same offensive arsenal that Murray has and for that reason, bettors should not be making any risks here on the over NFL odds and take the under.

As long as one of those two are on their game tonight, Murray should be hitting the over.

Tagovailoa on the other hand is favored in the other direction and rightfully so. In his first NFL start, he only managed to throw for one touchdown. However, he has gotten more first-team reps since being promoted as starter, so he could have built more chemistry with his receiving core which could work in his favor in hitting the Over.

When betting on this prop bet, it should be known that Kyler Murray has hit the over for pass completions in all but one game this season. Not to mention that he is coming off of a Week 7 performance which in which he completed the most passes that he has this season in 34.

That being said, he will certainly add one more over hit to his total in Week 9.

Tua, on the other hand, could surprise bettors here. The Stars are aligning for him to throw the ball more often than not in this one as the Dolphins did place their RB1, Myles Gaskin, on IR as well as their RB2 Matt Breida.

Bettors could look to take the Over here in what is shaping out to be a more pass-heavy game.

When betting on Kyler Murray’s total rushing yards, let it be known that he is one of the elite dual-threat quarterbacks in the league today as he has 437 rush yards and seven rushing touchdowns on the year thus far.

He has hit the over mark in five of his seven games so far and is on pace to hit it one more time against a weaker Dolphins defense. As for Tagovailoa’s total for rush yards on the game, it might seem that it is set pretty low at just 14.5 yards.

There are a couple of reasons to believe that he would hit the over. The first one being that with Gaksin out as mentioned before, not only will he have to throw the ball, but there could also be some designed run plays coming his way. Also, the Dolphins offensive line is dealing with injuries as well which could force Tua to scramble as well.