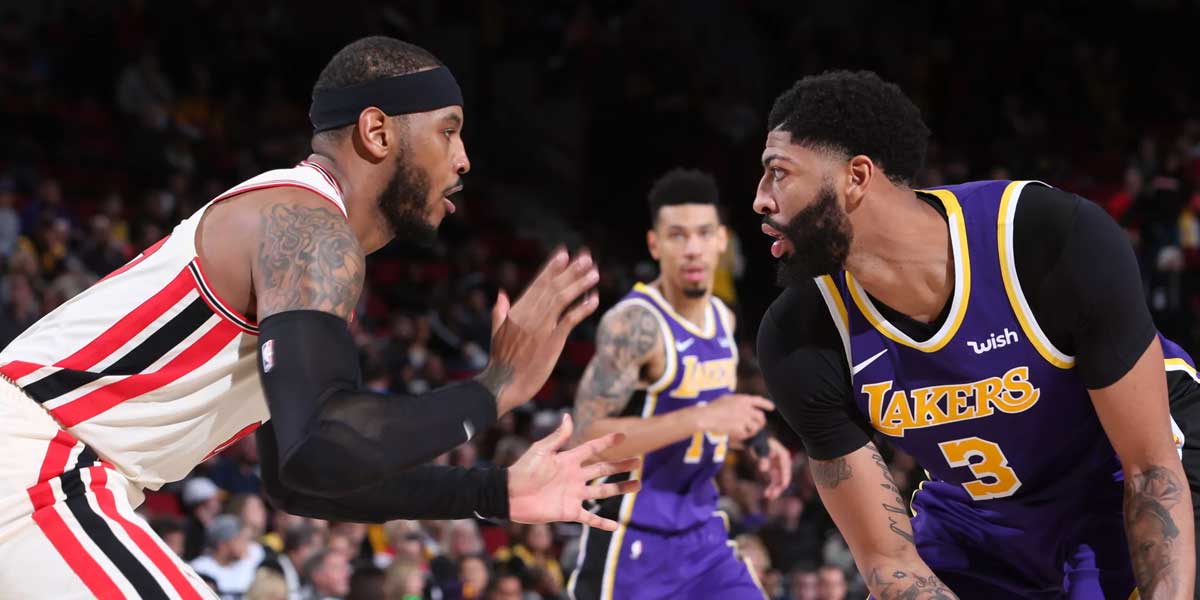 LOS ANGELES – It is with a heavy heart that the Los Angeles Lakers will take to their home court to host the Portland Trailblazers at 10:30 p.m. EST. The Lakers, and the NBA as a whole, are mourning the untimely passing of Kobe Bryant, a legend of Los Angeles.

This is the first game the Lakers have played since Bryant’s death in a helicopter crash. The memory of the Mamba weighs heavily on the team, and many Lakers players have spoken out about how much Kobe meant to them.

I’m Not Ready but here I go. Man I sitting here trying to write something for this post but every time I try I begin crying again just thinking about you, niece Gigi and the friendship/bond/brotherhood we had! I literally just heard your voice Sunday morning before I left Philly to head back to LA. Didn’t think for one bit in a million years that would be the last conversation we’d have. WTF!! I’m heartbroken and devastated my brother!! 😢😢😢😢💔. Man I love you big bro. My heart goes to Vanessa and the kids. I promise you I’ll continue your legacy man! You mean so much to us all here especially #LakerNation💜💛 and it’s my responsibility to put this shit on my back and keep it going!! Please give me the strength from the heavens above and watch over me! I got US here! There’s so much more I want to say but just can’t right now because I can’t get through it! Until we meet again my brother!! #Mamba4Life❤️🙏🏾 #Gigi4Life❤️🙏🏾

Lebron James especially put the pressure on himself to take the Lakers all the way. In his Instagram post, James stated “It’s my responsibility to put this shit on my back and keep it going”, referring to Kobe’s legacy with the Lakers – a legacy that included five championship rings.

Currently, the Lakers are +250 to win the NBA Finals  – the favorite amongst the 30 NBA teams.

The Lakers this year have been one of the best teams in the NBA, and have a 36-10 record entering this clash with Portland. Buoyed from last year’s underperformance by the addition of Anthony Davis and the transformation of Lebron into the league’s leading assist-getter, the Lakers have been roaring.

The Lakers have lost three of their last ten games, including their worst loss of the season – a brutal defeat at the hands of the Boston Celtics, 139-107. There have been rumblings that the Lakers are not equipped to handle good teams, but these rumblings are mostly narrative-based.

The Trailblazers have been a disappointment in terms of expectations, but have been fairly fun to watch regardless. They enter the game with a record of 21-27, 10th in the West, and three games back of the eighth-seeded Memphis Grizzlies.

An injury to starting center Jusuf Nurkic derailed Portland’s season before it began, and the prognosis is not great for the big man, as he recently suffered a calf strain after practice.

Star point guard Damian Lillard has been typically stellar, averaging 29 points per game to go along with 7.8 assists. Lillard is having one of the best three-point shooting seasons of his career, shooting 38.5 percent on 9.9 three-point attempts per game.

This is reflected in his effective field goal percentage of 55.3, the highest in his career by a large margin. Similarly, Lillard’s true shooting percentage is a mammoth 62.1%. Lillard has never had a full season above 60% true shooting – we are witnessing new heights from Dame even as his team struggles.