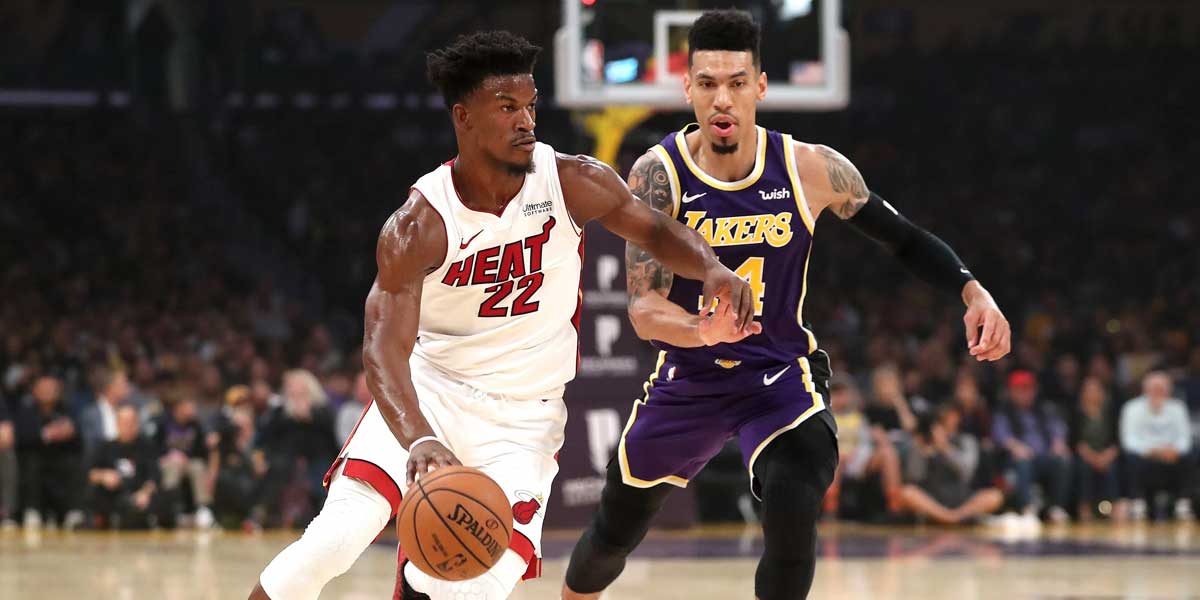 MIAMI – The Los Angeles Lakers continue their five-game Eastern Conference road trip with a stop in South Beach as they take on the Miami Heat. Both teams come into this game sitting at the top of their respective conferences.

The Lakers trade for big-man Anthony Davis has been the biggest factor in their trek from the basement of the Western Conference. In his last ten games, the 8th year veteran is averaging 29.1 points, 9.2 rebounds, and three assists.

His work on the defensive end has been the most impressive aspect of Davis’ game as he’s averaged 2.3 blocks and 1.8 steals per game during the same ten-game stretch.

Through a quarter of the season US sportsbooks still give the Lakers the shortest odds to win the NBA Finals which would be the franchise's 17th championship.

The Lakers and Heat both come into this matchup with their winning streaks on the line. Los Angeles has won five straight games, while the Heat are winners of their last three games. The Heat also have another streak on the line as they have not lost a game in the American Airlines Arena this season.

That streak will be put to the test because the Lakers 12-1 record on the road this season is the best in the NBA.

The Lakers are 5.5-point favorites to extend their winning streak to six games. For the Heat to pull off the upset they will need a huge performance from new addition Jimmy Butler. Butler is Miami’s unquestioned leader and is averaging 20.6 points, 6.9 rebounds and seven assists on the season.

This game will come down to which team can limit their turnovers and stay disciplined on the defensive end. The total in this game is set at 212.5 which means taking the "under" should be the best bet. As the total has gone under in four of the last five matchups between the Lakers-Heat. Each team is in the top 10 in scoring defense so points will not be easy to come by in this game.

This will be the second meeting between these two teams this season as the Lakers won the first meeting 95-80 at Staples Center. LeBron James had 25 points, six assists and four rebounds in that game. The Lakers will need a similar performance from James to edge his former team.

Los Angeles will be without forward Kyle Kuzma for the second straight game as he recovers from an ankle injury. The Heat will be missing key players due to injury as well, as point guard Goran Dragic and forward Justise Winslow will not be available for this game.

Moving forward, the Lakers will continue their eastern road trip against the Atlanta Hawks on Sunday. The Miami Heat will travel West to take on the Dallas Mavericks on Saturday, as they begin a three-game road trip of their own.

The Heat-Lakers tipoff is set for 7 p.m. ET and will be broadcasted by ESPN. The game can also be streamed on the WatchESPN app.